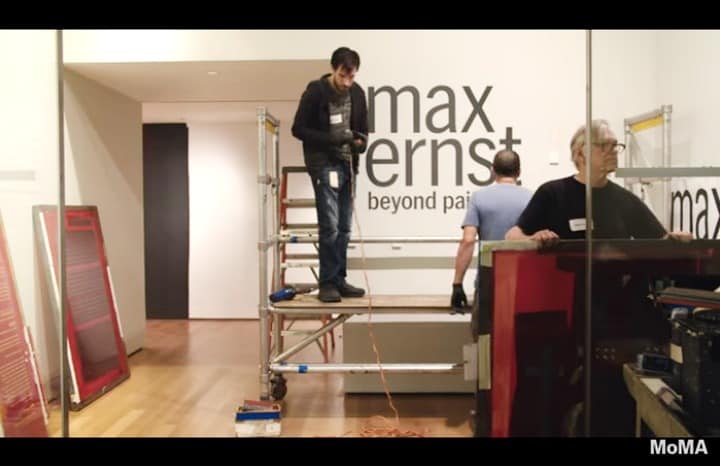 Watch At the Museum, MoMA’s 8-Part Documentary on What it Takes to Run a World-Class Museum0 (0)

If you’ve ever visited the Museum of Modern Art — and probably even if you haven’t — you’ll have a sense that the place doesn’t exactly run itself. As much or even more so than other museums, MoMA keeps the behind-the-scenes operations behind the scenes, presenting visitors with coherent art experiences that seem to have materialized whole. 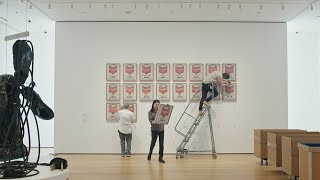 But that very purity of presentation itself stokes our curiosity: No, really, how do they do it? Now, MoMA has offered us a chance to see for ourselves through a new series of short documentaries called At the Museum, a look at and a listen to the nuts and bolts of one of America’s mostly highly regarded art institutions. 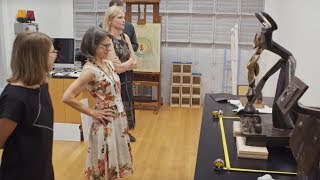 The series, which will run to eight episodes total, has released four thus far. In “Shipping & Receiving,” some of the museum’s staff prepare 200 works of art in its collection to ship to Paris for a special exhibition at the Louis Vuitton Foundation while others get new shows installed at MoMA itself. 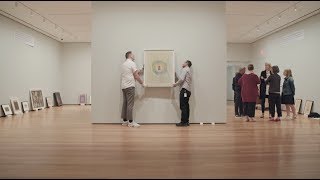 In “The Making of Max Ernst,” a couple of curators design a show of work by that surrealist painter-sculptor-poet. In “Pressing Matters,” the opening of both the Ernst exhibition, “Beyond Painting,” and “Louise Bourgeois: An Unfolding Portrait” fast approach, but several important decisions remain to be made as well as works to be installed. In “Art Speaks,” MoMA staff and visitors take a step back and contemplate the purpose of modern art itself.

At the Museum could have assumed a highly traditional form, stopping methodically to witness the daily labors of everyone from MoMA’s directors to curators to installers to security guards as narration earnestly explains to us their place in the art ecosystem. From the very first episode, however, the series takes a different and much more compelling tack, providing an uncommented-upon series of fly-on-the-wall views of MoMA people at work, eavesdropping on their conversations, and occasionally weaving in their reflections spoken directly to the filmmakers. But just as the experience of MoMA changes with each new exhibition, so does the form of At the Museum with each new episode, one of which will continue appearing every Friday until December 15th. Watch them all (here), and you’ll never look at MoMA, or indeed any other museum, in quite the same way. 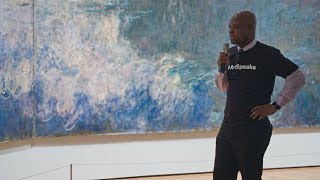 At the Museum will be added to our collection of Free Documentaries, a subset of our collection, 1,150 Free Movies Online: Great Classics, Indies, Noir, Westerns, etc.

@YouTube “Genius Graffiti Art That Will Make You Smile”0 (0)

No Thoughts on Watch At the Museum, MoMA’s 8-Part Documentary on What it Takes to Run a World-Class Museum0 (0)