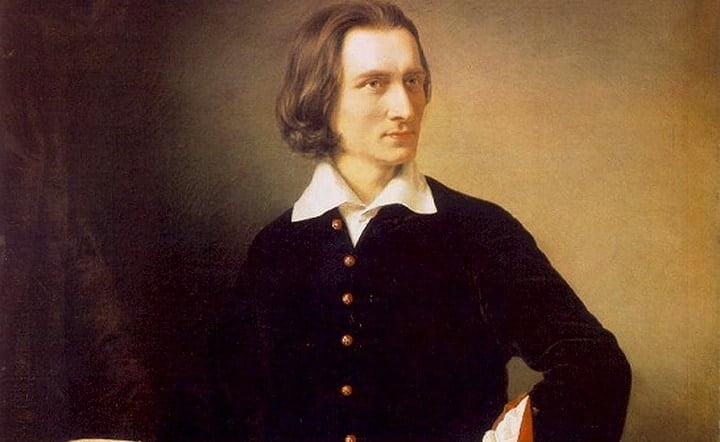 Franz Liszt was one of the most influential and controversial figures in Romantic music. His reputation as a formidable and almost unrivalled virtuoso pianist of his time is justly deserved and can be easily seen through many of his piano compositions.

Liszt lived a long and gregarious life touring as a composer and performer. Later in life, Liszt turned towards religion, perhaps in an attempt to balance the somewhat hedonistic lifestyle as a young and handsome man, and became the Abbé Liszt. Liszt’s catalogue of works is substantial and in this article, I will take a concise look at some of the better known of those pieces.

The Best Of Franz Liszt 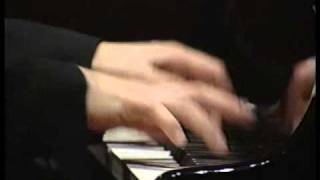 Liszt composed nineteen rhapsodies with the title Hungarian between 1846 and 1853. They are a wonderful window into the style and capabilities of the man himself. The Hungarian element of the rhapsodies is also important and they acknowledge Liszt’s own origins as well as expressing a nationalistic feeling against the oppressive Austrian regime of the time.

Although the rhapsodies draw on the folk music of Hungary what Liszt achieves in each of the works takes the original material into a whole new realm very much his own. The second Rhapsody falls into two distinct sections that begin with dark and ominous chords that seem to portray an impending disaster that never comes to pass.

This moves into a dance-like second section that is superbly effervescent and displays the exceptional gifts Liszt possessed as a pianist. It is richly pictorial and it is not difficult to imagine Hungarian Gypsies in the frenzy of dance and celebration. By the end of the piece, the material has been exhausted and the festivities come to a joyous halt. 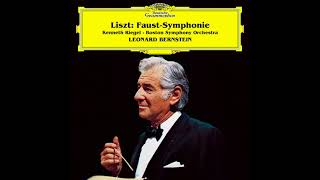 Liszt settled in Weimar by 1848 having established himself not only as a performer and composer but also as a conductor and great favourite of the Court. He was now living happily with Princess Carolyne Sayn-Wittgenstein who Liszt had met in 1847.

It was the Princess who had convinced Liszt to abandon his performing career and focus instead on composition. It is as a result of the advice from the Princess that we have some of Liszt’s finest compositions. Amongst these are the 12 Symphonic Poems that represent a vitally important collection of orchestral works.

The Faust Symphony was inspired by the work of the poet Goethe and falls into three sections that make up a piece of over 75 minutes duration. The three sections are as follows; Faust; Gretchen and Mephistopheles. Liszt’s intention was not to compose the narrative of these characters but to write a work that conjured their essence and spirit.

As you might anticipate, Liszt employs a generous orchestra for his symphony that includes a tenor soloist and a male choir. Many of the motifs heard in the first part link into and are developed in the remaining movements. Common symphonic forms like sonata-form and fugue Liszt employs in his own way without them taking control of the musical material. They are works of extraordinary imagination delight.

3. Sonata in B minor for Solo Piano 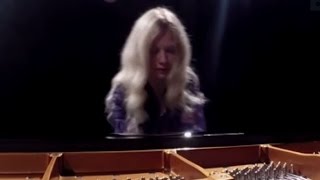 This sonata was composed by Liszt during the year 1854 and is dedicated to Robert Schumann. It as a work that has a duration of around thirty minutes during which the gifts of even the ablest pianist are stretched. What is important to recognise is that the whole sonata is really a single movement form based on a single motif. It is simple enough to divide the sonata into four movements that include a second slow (Andante) section; a scherzo and a finale.

The key aspect to understand however is the unity of form in which Liszt was attempting to write. This gave rise to many other composer’s efforts to compose in the same way both in terms of the sonata and the symphony. Many interpretations exist of this sonata, but my feeling is it is perhaps better just to allow the music to speak for itself. 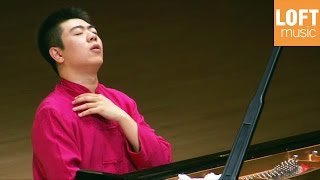 The Liebesträume are a set of three solo piano pieces published in 1850. This is the third and most popular of the set. Liszt’s inspiration is poetry and each of the pieces represents love in a different form.

In this final piece of the set, love is considered to be unconditional and in its highest form. Liszt chooses the warm key of A flat major and a single melodic idea that threads its way throughout the work. Broadly speaking the form is in three sections although the piece is continuous.

Each of these smaller parts is pillared by a mighty cadenza-like passage where Liszt cannot help but display his musical prowess. The piece is an abundant expression of joy and elation and it is not hard to see why it has become one of Liszt most enduring works.

Waltz on and two were originally composed by Liszt as orchestral pieces only later being arranged into solo piano works. Numbers one and three are perhaps the best known of the four waltzes, the first being composed between 1859 and 1862. Waltz three and four followed in 1883 and 1885.

Like so much of Liszt’s work, the first Mephisto Waltz is programmatic in nature. Again, the Faust legend creeps into the very substance of the work and Liszt freely acknowledged this in his programme note that accompanied the piece.

What Liszt portrays in this composition is as devilish as the technical challenges contained in it. We hear at the opening, the wedding feast with all its celebrations, songs and dances. Mephistopheles entices Faust to join in the revelries as he snatches the violin from a lacklustre musician playing for the guests.

The demonic playing of Mephistopheles drives the fever of the guests ever higher and Faust is swept up into a frenzied dance with a village beauty. Entwined with each other the couple leave the wedding and vanish into the tranquillity of the waiting forest as the delicate song of the nightingale is heard in the distance.

How Nirvana’s Iconic “Smells Like Teen Spirit” Came to Be: An Animated Video Narrated by T-Bone Burnett Tells the True Story0 (0)