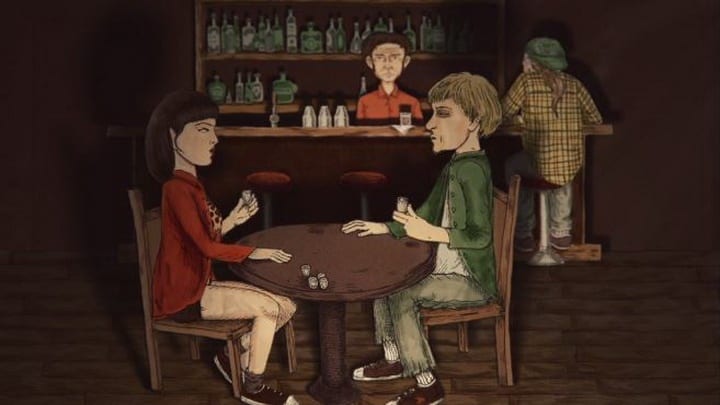 How Nirvana’s Iconic “Smells Like Teen Spirit” Came to Be: An Animated Video Narrated by T-Bone Burnett Tells the True Story0 (0)

Credited with igniting the 90s grunge craze and putting Pacific Northwest punk and indie scenes on the map, Nirvana’s “Smells Like Teen Spirit” has eclipsed hundreds of rock hits as “the most iconic song of all time”—at least according to the analytics of computer scientists from the University of London.

Whatever that designation means, it’s without a doubt the most iconic Nirvana song of all time, a tune whose influence may be impossible to measure. Kurt Cobain might have grown weary of it, but fans never stopped clamoring for the hit (his mom loved it, too). An anthem for a generation disaffected with corporate marketing and major label pandering, “Smells Like Teen Spirit” is also—like the decade it came to define—a nesting doll of irony.

Cobain played this up to a degree—the irony of an indie band announcing the second coming of charged DIY punk rock with a song that netted them a major label deal and put him on the path to superstardom. When Nirvana debuted their soon-to-be iconic hit live at Seattle’s OK Hotel on April 17th, 1991, the usually taciturn frontman introduced himself by saying, “Hello. We’re major label corporate rock sellouts.”

Given his sardonic sense of humor, fans have generally assumed some kind of anti-capitalist in-joke in the title of the song, with its reference to a popular brand of deodorant. But in a more dramatic irony, Cobain had no idea when he wrote and recorded it that “Teen Spirit was a product, aimed at teenage girls.” The song’s title, as you’ll learn in the short, animated backstory in the video above, originated with Bikini Kill singer Kathleen Hanna, who scrawled it on Cobain’s wall with a Sharpie after the two shared a night of heavy drinking and politically righteous vandalism.

Narrated by T-Bone Burnett and animated by Drew Christie, the award-winning short “Drawn & Recorded: Teen Spirit” condenses the song’s story (which you can read about in more depth here) into two and a half minutes of pop culture history and commentary. Upon waking up and seeing Hanna’s message on the wall, Cobain was immediately flattered: “Kurt thought it meant he was a radical, a revolutionary, a feminist, a punk, an anti-authoritarian, anti-capitalist, anarchist crusader.” He got right to work on the song’s chorus.

But Hanna mainly meant to say he literally smelled like Teen Spirit, which happened to be the brand of deodorant his then-girlfriend—Bikini Kill drummer Tobi Vail—used. “I didn’t know that the deodorant spray existed until six months after the single came out,” he told Michael Azerrad in the biography Come as You Are. He didn’t intend to write an advertisement, of course. But in yet another grim twist, “after the song came out,” Burnett monotones, “sales of Teen Spirit went through the roof.”

The lesson, maybe? “Capitalism is very resilient”? Cobain understood this all too well though he may have inadvertently become the last thing he ever wanted, a product pitchman. But his creative misreading of Hanna’s joke also made music history.

No Thoughts on How Nirvana’s Iconic “Smells Like Teen Spirit” Came to Be: An Animated Video Narrated by T-Bone Burnett Tells the True Story0 (0)