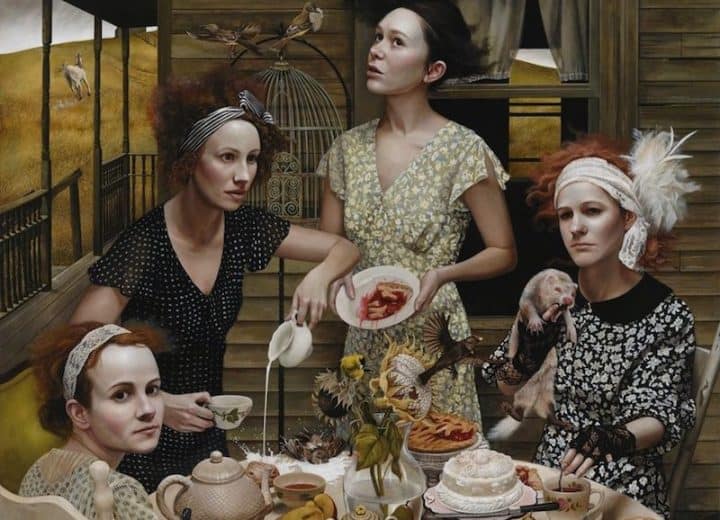 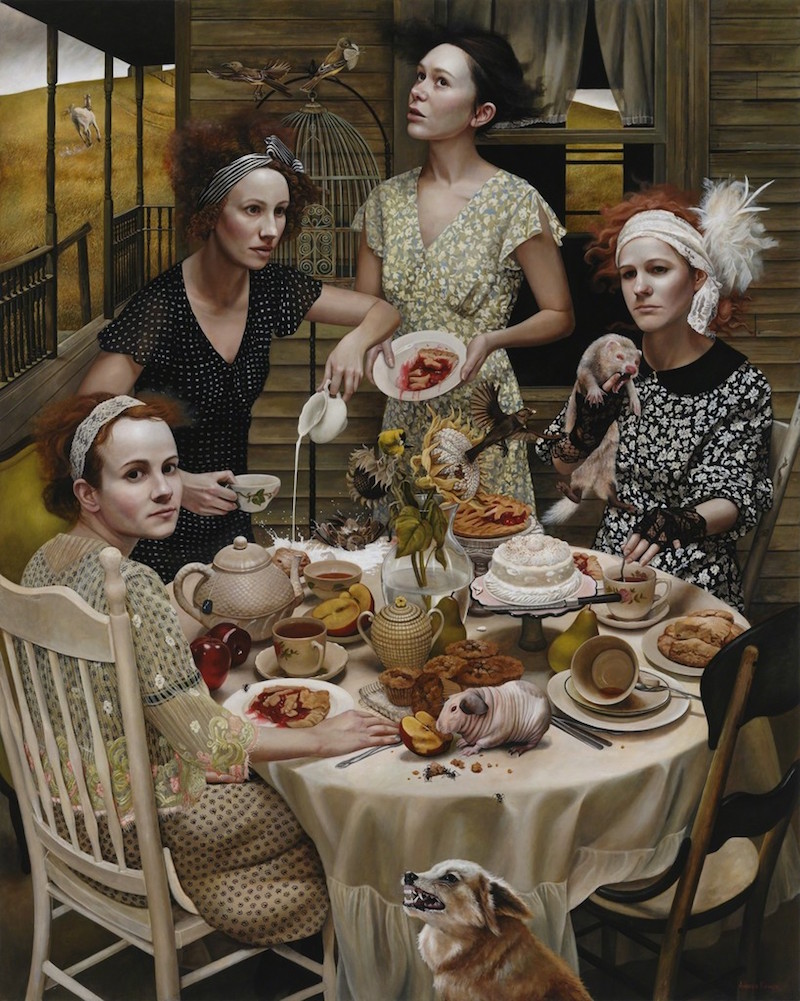 ‘An Invitation.’
Andrea Kowch is a multi-award-winning artist who is listed as among the world’s 100 greatest emerging artists at Scope, NYC, in 2012. A highly impressive (and deserved) accolade for an artist who was primarily self-taught. Kowch paints magical realist pictures of women in rural landscapes. Her work has been described as like a cross between Andrew Wyeth and Alfred Hitchcock. Like both these gentlemen, Kowch is a storyteller whose paintings are filled with a compelling tension and drama and a great unsettling beauty. Few artists exhibit the technical skill, quirky eye for detail, and powerful imagination as Andrea Kowch.

She begins each painting with an idea, or perhaps a memory, or an image of say a curtain turning in the breeze or a field (a past) slowly vanquished by fire. She then imagines what events may have occurred around this first image and slowly a story evolves. Kowch embeds each picture with its own symbolism—butterflies promise hope; wind and storms inevitable change. She works in acrylic. Her landscape is the American Midwest—the place she was born and raised and taken on weekend trips by her parents. Her models are friends who capture something of the attitude, emotion and thought she wants to express in her paintings. Her inspiration comes from “life’s emotions and experiences,” which results in her painting “narrative, allegorical imagery that illustrates the parallels between human experience and the mysteries of the natural world.” Her paintings may seem dreamlike but Kowch states her pictures “serve as metaphors for the human condition, all retaining a sense of vagueness because I wish to encourage viewers to form their own conclusions, despite the fact that my main idea will always be present.”

As a people, we share a common thread, and as active participants in an ever-changing modern world, the purpose of my work is to remind viewers of these places that we feel no longer exist, and to recognize and honor them as a part of our history that is worth preserving. Symbolic explorations of the soul and current events concerning our environment are expressed through the incorporation of animals and other elements of the natural world to transform personal ideas into universal metaphors.

Andrea Kowch was born in 1986 in Detroit, the city in which she still resides and works. She studied at the College for Creative Studies where she graduated summa cum laude double majoring in Illustration and Art Education in 2009. Illustration was a starting block for Kowch to develop her remarkable talent as an artist. She went on to exhibit her paintings in group shows which quickly (and understandably) garnered the attention of critics, galleries, and public alike. Then came the first of many awards which started way back when she was seventeen with “seven regional Gold Key awards and two national Gold Medal awards from the prestigious Scholastic Art and Writing Awards” and then in 2005 a “National ARTS in the Visual Arts Award from the National Foundation for Advancement in the Arts (now the National Young Arts Foundation), an honor that ranks recipients in the top 2% of American talent.” Kowch is a rare and special talent. Her work invites the viewer to unpick their own narrative from among the many intricate details and unfolding dramas to find something of their own biography as much as the artist’s intention. You can follow Andrea Kowch on Facebook, Twitter, or via her website. 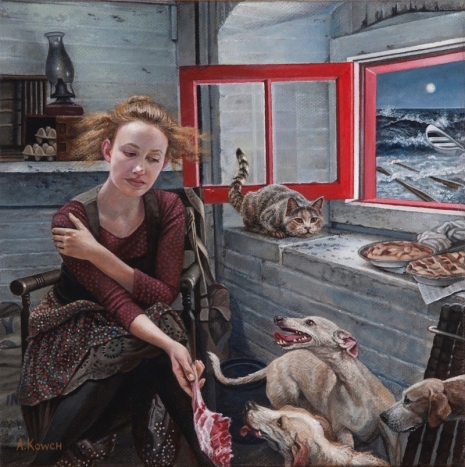 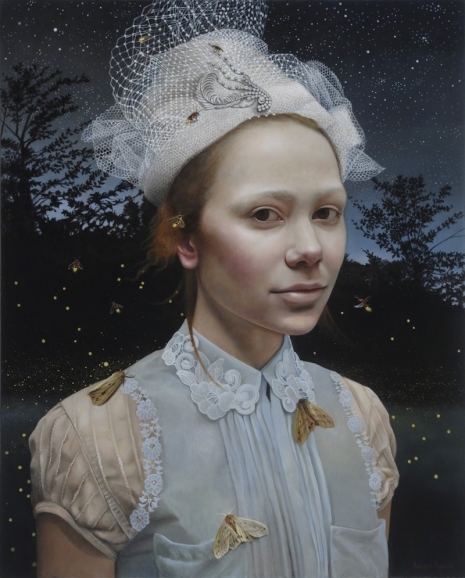 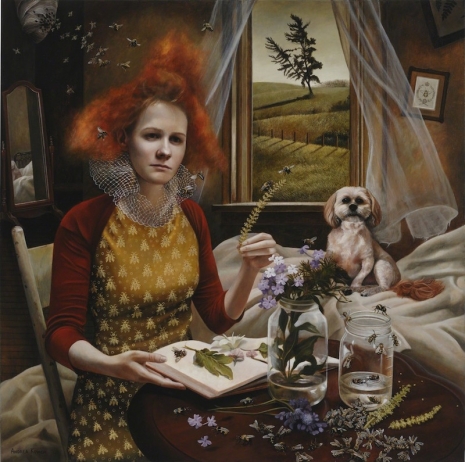 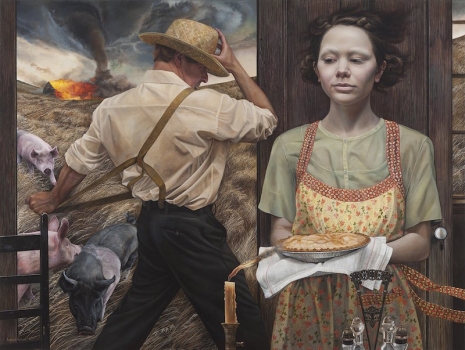 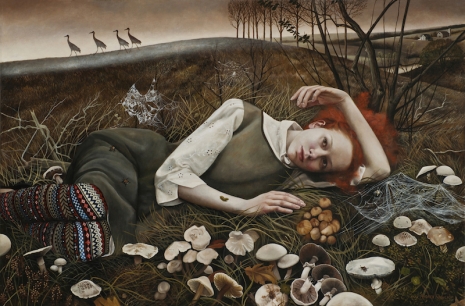 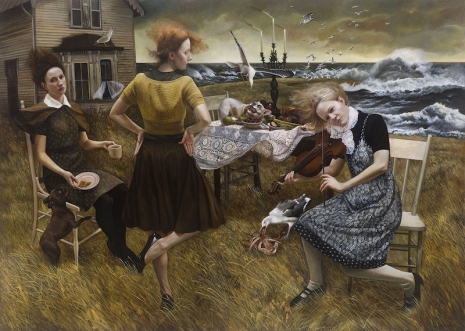 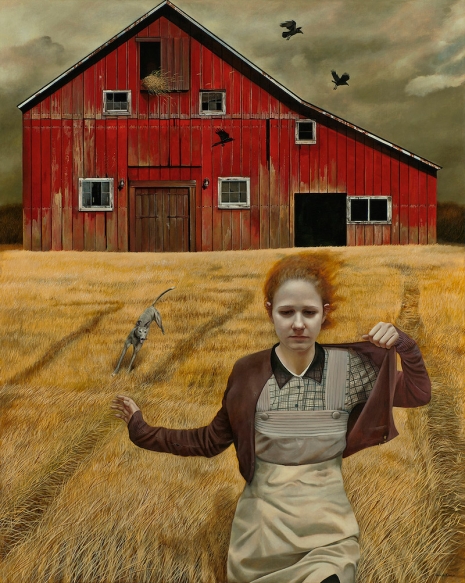 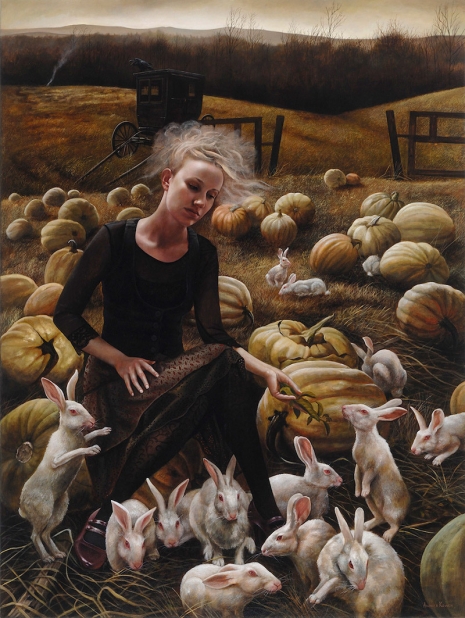 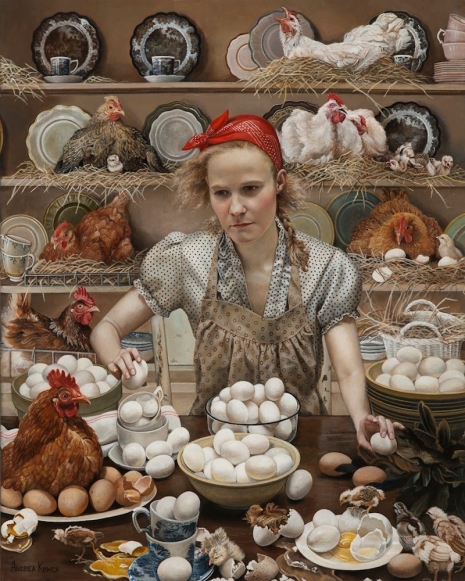 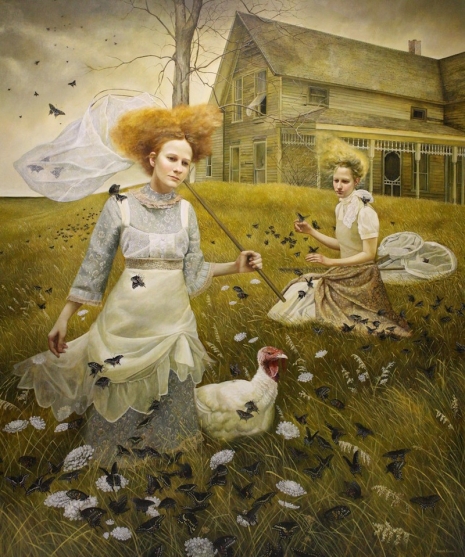 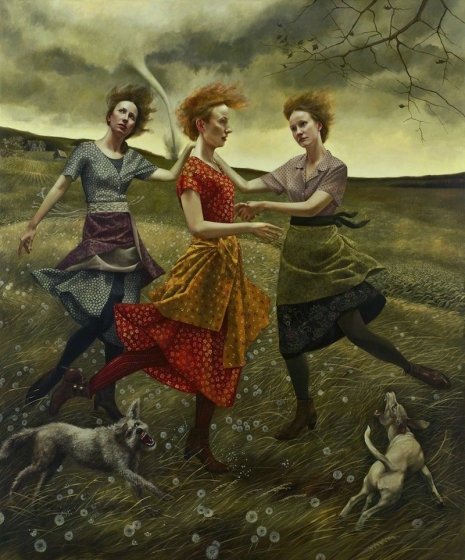 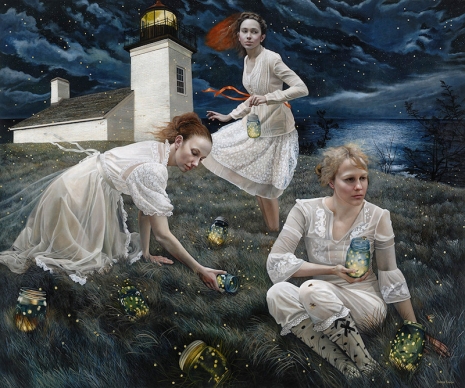 No Thoughts on American Gothic : The magical realism of Andrea Kowch
0 (0)