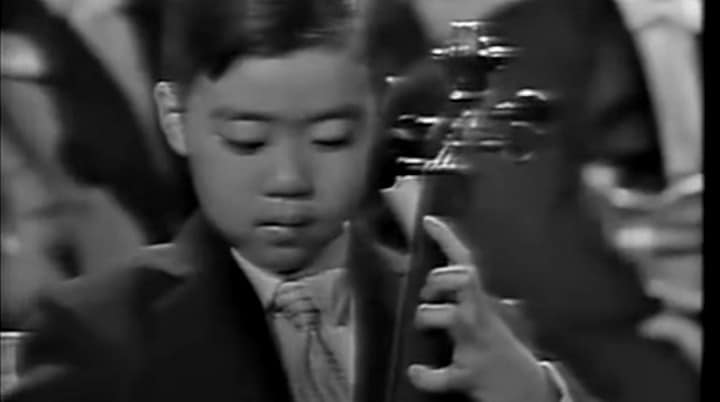 Asked to think of a virtuoso cellist, many of us immediately imagine Yo-Yo Ma, not just because of his considerable skill but also because of the sheer length of his residency in popular culture. Though only 61 years old, barely middle-aged by classical musician standards, he’s been famous for well over half a century, starting with his entry into the prestigious child-prodigies-who-perform-for-American-presidents circuit. Seven years after his birth in Paris, Ma’s family relocated to New York, by which time he’d already been at the cello for nearly half his short life. From there, it took him no time at all to command an audience whose members included Dwight D. Eisenhower and John F. Kennedy. 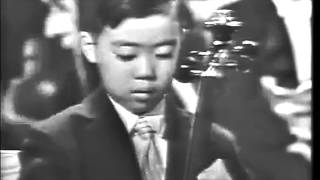 “Yo-Yo came to our attention through the great master Pablo Casals, who had recently heard him play the cello. Yo-Yo is, as you may have guessed, Chinese, and has lived up to now in France — a highly international type.” The same could be said of his sister Yeou-Cheng, who accompanies him on the piano in a performance of Jean-Baptiste Bréval’s Concertino No. 3 in A Major.

Three years later, the still extremely young but much more famous Ma would write a letter to the conductor:

Do you still remember me? Now I am ten years old. This year I learned with Prof. Leonard Rose three concertos: Saint-Saëns’, Boccherini’s and Lalo’s. Last week my sister and I played in a Christmas Concert in Juilliard School. We are invited to give a joint recital in Brearley School on January 19 1966 at 1:45 p.m.

If you have time, I would be glad to play for you.

Not only did Bernstein remember him, he also, by presenting him as a vision of humanity’s artistic future, ensured that everyone else at The American Pageant of the Arts would as well. “Now here’s a cultural image for you to ponder as you listen,” he said just before letting Yo-Yo and Yeou-Cheng take it away. “A seven-year-old Chinese cellist playing old French music for his new American compatriots.” Did Ma recall those words of decades and decades ago when he formed the Silk Road Ensemble, subject of the recent documentary The Music of Strangers, which brought into the fold musicians from Syria, Mongolia, Japan, Armenia, Galicia, and elsewhere, all to share, mix, and reinterpret the music of one another’s homelands? Now there‘s a cultural image for you.