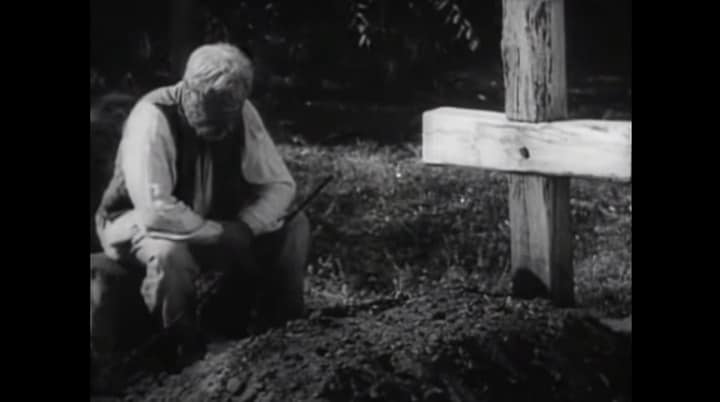 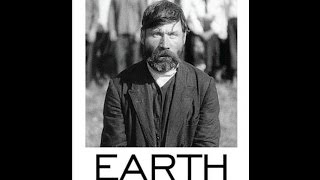 When The Guardian created its list of the Top 10 Silent Movies of all time, it put Earth in the #9 slot. About the film writer Pamela Hutchinson said:

Earth, capped by that avowedly secular title, is a lyrical, carnal movie about birth, death, sex and rebellion. Officially, this Soviet-era Ukrainian silent is a paean to collective farming, crafted around a family drama, but its director, Alexander Dovzhenko, was a born renegade, for whom plots were far less important than poetry…

Earth is the final part of Dovzhenko’s silent trilogy (following the nationalist fantasy Zvenigora (1928) and the avant-garde anti-war film Arsenal (1929), and is brimming with exuberant youth, but haunted by the shadow of death….

Sketched as tribute to the boons of collectivisation, but released as those schemes were falling out of favour, Earth was condemned on its home turf on political grounds. It was also snipped by censors who objected to the nudity, and the infamous scene in which farmers urinate into their tractor’s radiator. But while there was dismay and censure in the Soviet Union, critics elsewhere were overawed…

It’s the latter impression that endures. Dovzhenko’s symbolism is both rich and audacious. His scope comprises vast pastoral landscapes, and intimate fleshy nakedness. Perhaps its most celebrated sequence is the magnificent opening scene: the painful counterpoint between a dying man, his infant grandchildren and the bursting fruit of his orchard. This is living cinema, as refreshing and vital as the film’s own climactic downpour.

You can watch Earth above, and find it listed in our collection of Free Silent Films, a subset of our meta collection, 1,150 Free Movies Online: Great Classics, Indies, Noir, Westerns, etc.. Below you can watch a version of Earth with a recent soundtrack provided by the amazing Ukrainian ensemble, DakhaBrakha. Enjoy.

“Stop It and Just DO”: Benedict Cumberbatch Reads Advice on Overcoming Creative Blocks, Written by Sol LeWitt to Eva Hesse (1965)
0 (0)