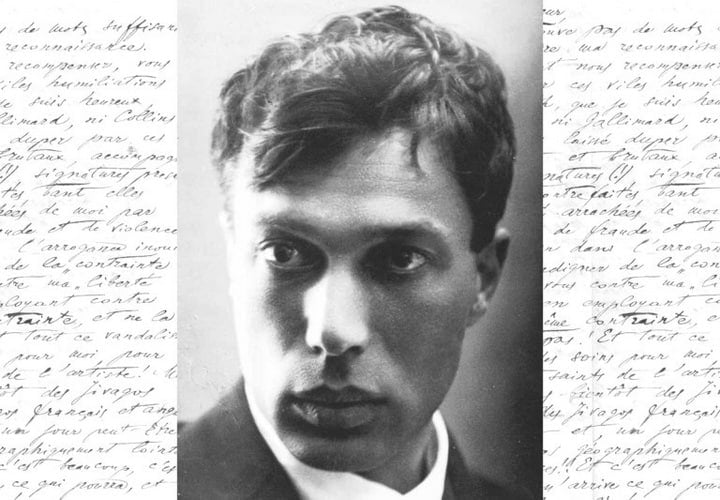 Boris Pasternak on Art, the Source of Its Miraculousness, and Its Ultimate Function in Human Life @Brainpickings.org
0 (0)

“A book is nothing but a cube of hot, smoking conscience.”

library) — the immensely lyrical and profound correspondence between three of the greatest poets of the twentieth century: Rainer Maria Rilke, Boris Pasternak, and Marina Tsvetayeva.

In the preface to the 2001 edition, Susan Sontag describes the volume as “a portrait of the sacred delirium of art” and writes that these three-way love letters “portray a domain of reckless feeling and purity of aspiration which it would be our loss to dismiss as ‘romantic.’” Indeed, what magnetized the three poets together was a remarkable purity of heart and sincerity of idealism, undimmed, at least for that one summer, by the darknesses each was battling — Pasternak and the Soviet political regime which would force him to decline the Nobel Prize three decades later; Tsvetayeva and her swelling despair, which would culminate in her suicide fifteen years later; and Rilke, dying of leukemia in a Swiss sanatorium.

Pasternak himself would articulate this common ground of intensity and integrity in a letter to Tsvetayeva from May of 1926:

Ours is the same aloneness, the same searchings and solutions, the same love for the labyrinths of literature and history, and the same role to be played out.

In that selfsame letter, Pasternak promised to send Tsvetayeva — whom he considered the greater poet — passages from an article he had written seven years earlier, published in the literary miscellany Sovremennik [Contemporary] under the title “A Few Principles.” The piece, included alongside the letters, remains not only the most direct articulation of Pasternak’s creative credo but one of the most luminous things ever written about the perennial question of why we make art and what it does for the human spirit.

They have decided that art ought to gush, but it ought, rather, to suck up and absorb.

They assert that art can be divided into categories according to means of representation, when actually it is composed of organs of perception.

Art must always remain among the spectators and see things more clearly, more truthfully, more perceptively than the others, but in our day it has resorted to using face powder and dressing rooms and displaying itself on the stage. It is as if there were two forms of art and one of them, knowing that it holds the other in reserve, allows itself the luxury of perversion, which is tantamount to suicide. It makes a display of itself when it ought to get lost in the top gallery, in anonymity, and be unaware that it cannot help being discovered, that while shrinking in the corner it is afflicted with a glowing translucence, the phosphorescence that goes with certain diseases.

Pasternak considers the “organs of perception” involved in his own art, literature, and writes:

A book is nothing but a cube of hot, smoking conscience.

One forgets that the only thing within our power is the ability to keep the voice of truth within us undistorted.

The inability to find and speak the truth is a failing that no talent for speaking the untruth can disguise.

This final sentence, which Pasternak himself italicizes for emphasis, calls to mind Hannah Arendt’s timeless and increasingly timely treatise on lying in politics, penned nearly half a century later on the other side of the Iron Curtain.

In a passage that calls to mind James Baldwin’s assertion that the poet is one who knows that “that whatever was happening to anyone was happening to him,”Pasternak examines the ultimate function of art and the source of its miraculousness through an exquisite parable. Drawing on a few verses which Mary, Queen of Scots, had penned upon the death of her first husband, King Francis II of France, and on the English poet Algernon Charles Swinburne’s Chastelard, which Pasternak himself had translated into Russian decade earlier on the turbulent cusp of the Russian Revolution, he writes:

What is the miracle? The miracle is that once there lived a seventeen-year-old girl named Mary Stuart who, sitting at a window while outside the Puritans howled, wrote a poem in French ending with the lines:

Car mon pis et mon mieux [For my worst and my best]
Sont les plus déserts lieux. [Are more bleak than the rest.]

The miracle is, second, that on a day in his youth Algernon Charles Swinburne sat at a window, with October whirling and raging outside, and finished his Chastelard, in which the subdued plaint of Tsvetayeva’s five stanzas sounded in the sinister throbbing of five tragic acts.

The miracle is, third, that on a day five years ago a translator gazed out of the window and wondered which was the grater marvel: that the Yelabuga [ed: Pasternak’s neighborhood] blizzard should know Scottish and be wailing, as on that earlier day, over the fate of the seventeen-year-old girl; or that the girl and the English bard who sang her lament were speaking to him in clear, soulful Russian about the tragedy they kept on reliving, the tragedy that would not let them go.

What is the meaning of it? the translator asked himself. What is happening out there? Why is it so serene today (though the blizzard is still raging)? One would expect blood to be flowing. Instead a smile lights the faces beyond the window.

Therein lies the miracle. In the happy recognition of the oneness, the indenticalness of the lives of those three and many, many others (eyewitnesses of three epochs; participants, readers). In the abiding truth of that October of an indefinite year that rages and roars beyond the window, on the hillside, in — art.

No Thoughts on Boris Pasternak on Art, the Source of Its Miraculousness, and Its Ultimate Function in Human Life @Brainpickings.org
0 (0)