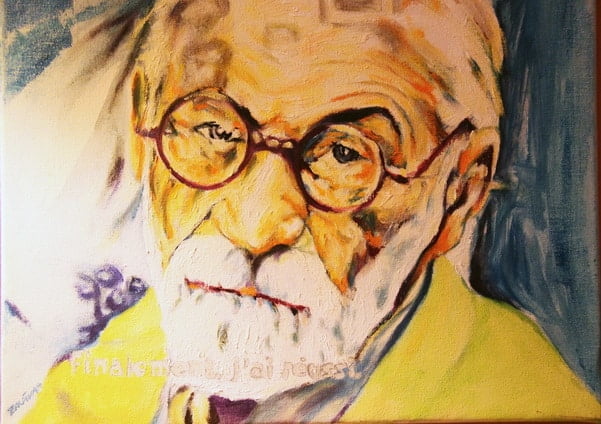 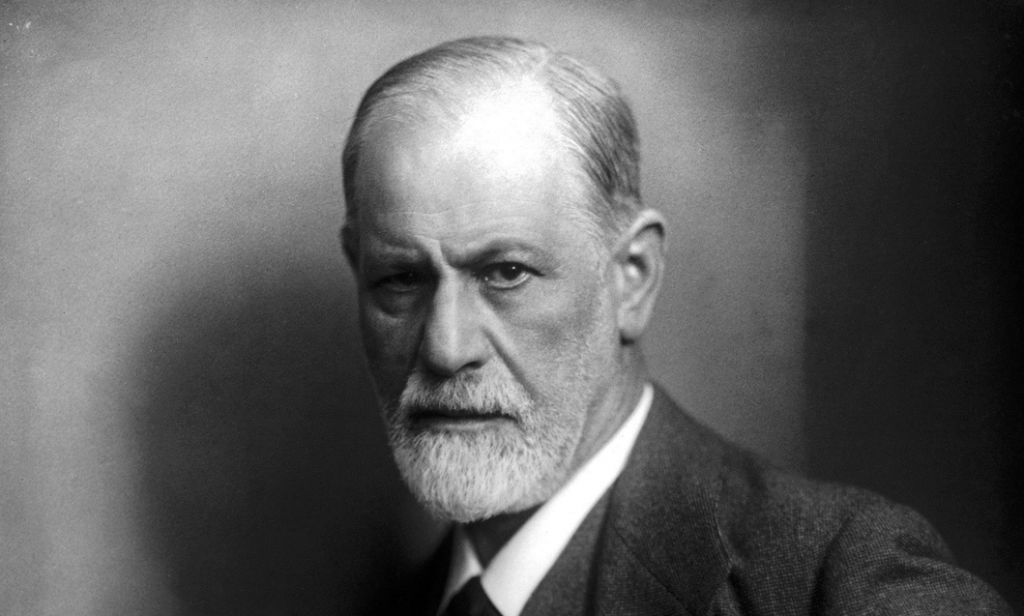 Anyone with a passing familiarity with the work of Sigmund Freud—which is just about everyone—knows at least a handful of things about his famous psychoanalytic theory: Ego, Super-ego, and Id, sex and death drives, Oedipal complex, “Freudian slip,” “sometimes a cigar is just a cigar”… (a quote that didn’t come from Freud). Most of these terms, except that cigar thing, originate from Freud’s later period—from about 1920 to his death in 1939—perhaps his most productive from a literary standpoint, starting with Beyond the Pleasure Principle, in which he began to develop his well-known structural model of the mind.

During these later years Freud built on ideas from 1913’s Totem and Taboo and fully expanded his psychological analysis into a philosophical and cultural theory in books like The Future of an Illusion, Civilization and its Discontents, and Moses and Monotheism. For those who have primarily encountered Freud in intro to psych classes, these works can seem strange indeed, given the sweeping speculative claims the Viennese doctor makes about religion, war, ancient history, and even prehistory. Though peppered with terminology from psychoanalysis, Freud’s more philosophical works roam far afield of his medical specializations and direct observations.

When and how did Freud’s psychiatry become philosophy, and what possessed him to apply his psychological theories to analyses of broad social and historical dynamics? We see hints of Freud the philosopher throughout his career, but it’s during his middle period—when his tripartite model of the psyche still consisted of the conscious, preconscious, and unconscious—that he began to move more fully from case studies of individual psychosexual development and interpretations of dreams to studies of human development writ large. These books are almost Darwinian expansions of what Freud called “metapsychology”—which included his theories of Oedipal neuroses, narcissism, and sadomasochism.

From 1914 to 1915, after his break with Jung, Freud worked on a series of papers on “metapsychology,” intended, he wrote “to clarify and carry deeper the theoretical assumptions on which a psycho-analytic system could be founded.” Seven of the manuscripts from this period vanished, seemingly lost forever. In 1983, psychoanalyst Ilse Grubich-Simitis discovered one of these essays in an old trunk belonging to a friend and colleague of Freud. Published as A Phylogenetic Fantasy, this fascinating, unfinished work points the way forward for Freud, providing some connective tissue between his “ontogeny,” the development of the individual, and “phylogeny,” the development of the species.

It is here, his translators write in their introduction to this rare work, that Freud “concludes that each individual contains somewhere within himself or herself the history of all mankind; further, that mental illness can usefully be understood as a vestige of responses once necessary and highly adaptive to the exigencies of each era. Accordingly, mental illness can be understood as a set of formerly adaptive responses that have become maladaptive as the climatic and sociological threats to the survival of mankind have changed.”

These basic, yet radical, ideas may be said to form a backdrop against which we might read so much of Freud’s mature work as a means for decoding what seems puzzling, irrational, and downright maddening about human behavior. Freud’s scientific work has long been superseded, and many of the specifics of his psychoanalytic theory deemed unworkable, irrelevant, or even damaging. But there are very good reasons why his work has thrived in literary theory and philosophy. There is even a case to be made the Freud was the first evolutionary psychologist, roughly bringing Darwinian concepts of adaptation to bear on the development of the human psyche from prehistory to modernity.

For all the negative criticism his work has endured, Freud dared to explain us to ourselves, drawing on every resource at his disposal—including our most foundational narratives in mythology and ancient poetry. For that reason, his relevance, writes Jane Ciabattari, as a “theoretical catalyst” in the 21st century remains potent, and his work remains well worth reading and pondering, for any student of human behavior.

Today, on the 160th birthday of the father of psychoanalysis, we bring you a collection of Freud’s major works available free to read online or download as ebooks in the links below. Further down, find a list of Freud audiobooks to download as mp3s or stream.

Whether rooted in clinical study and research, detective-like case studies, philosophical speculations, or poetic flights of fancy, Freud’s writing draws us deeper into strange, obsessive, profound, and disturbing ways of thinking about our uneasy relationships with ourselves, our families, and our unstable social order.

The post: Download Great Works by Sigmund Freud as Free eBooks & Free Audio Books: A Digital Celebration on His 160th Birthday, was published at: Open Culture

No Thoughts on Download Great Works by Sigmund Freud as Free eBooks & Free Audio Books: A Digital Celebration on His 160th Birthday
0 (0)