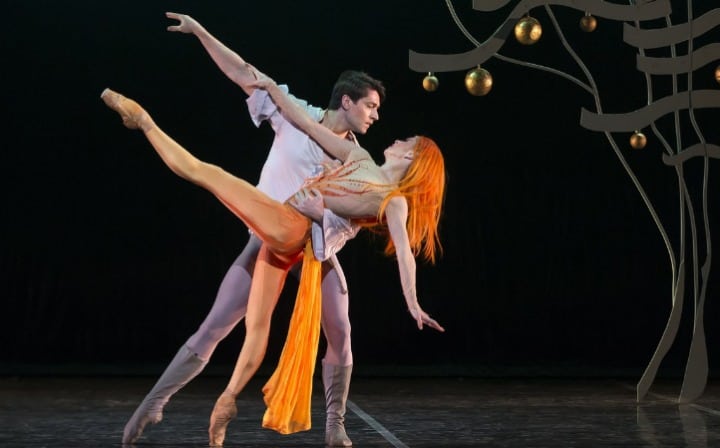 One of the toughest moments in the ballet world is watching a life-changing performance—and then looking around to see that only half the seats were filled to witness it. The discussion about how ballet can stay relevant and build new audiences has been going on for decades. However, these debates often end in speculation about the relevance of the product, rather than placing the onus on the marketing and sales crew.

But recently, a few U.S. ballet companies have done the latter, leading to full houses on weeknights and proving that revenue growth is possible: In 2016, Boston Ballet saw record-breaking ticket revenue and had the highest attendance in more than a decade. Colorado Ballet has exceeded revenue goals the last four seasons, with the 2016–17 season being the most successful to date.

Several companies have found success by adopting adjustable pricing scales similar to those used in professional sports, which prices tickets based on demand. For example, this may mean better seating at a matinee for less than you’d pay at an evening show. At Colorado Ballet, patron services and database manager Taylor Clark adjusts ticket prices daily. “If I’m really selling section C, I’ll rescale the house to include more C seating,” he says, in reference to the theater’s price categories.

A recent Colorado Ballet program including Serenade had the highest attendance and revenue in the company’s history. PC Mike Watson.

Clark has also lowered ticket prices and eliminated fees across the board. “We would rather have fuller houses at lower ticket prices,” says Colorado Ballet public relations and marketing manager Sanya Andersen-Vie. Prices range from $30 to $155 in CB’s primary venue, the 2,100-seat Ellie Caulkins Opera House.

To encourage patrons to buy early, Colorado Ballet has eliminated last-minute flash sales, instead offering the biggest deals early in the season. “We want subscribers to get the best discount,” Andersen-Vie says. And though dropping initial prices and cutting down on discounts might seem counterintuitive, it actually raised income from ticket sales.

Strategic scheduling can also help. “We’ve found that once a show opens, the ticket sales really pick up, particularly for contemporary works,” says Meredith Hodges, executive director at Boston Ballet. “Our hypothesis is that these shows are more reliant on social proof, like word of mouth or a review in The Boston Globe.” But for shows that only run for a week or two, this brings a challenge: “Those things can’t happen till after opening night, and just as you’re building up this momentum, the show would be finished,” she says. Boston Ballet’s answer: running a contemporary and classical ballet at the same time, alternating them on a nightly basis, so that the contemporary show can stay open for three or even four weeks. 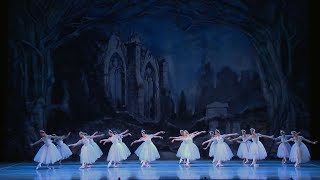 One of the most difficult parts of marketing dance is getting out of the “all dance, all the time” mindset. “Put yourself in the shoes of someone who goes to the ballet once or twice a year,” says Julie Loignon, director of audience engagement at Ballet Austin, which recently ran extensive market research through a grant from the Wallace Foundation. 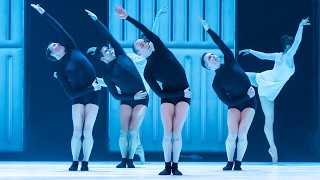 “The purpose of marketing used to be awareness,” adds Hodges. “You had to let people know you were performing and where, and that was enough.” But that approach doesn’t cut it anymore—because for a lot of people, ballet is intimidating. If someone’s going to invest in a ticket, they want to feel like they understand what they’re seeing.

One way to do this is by replacing dance terms that mean nothing to the average person, like “mixed rep” or “triple bill,” with words that are more universally understood, like “three one-act ballets.”

Another is to communicate the “story” or meaning behind abstract work through content-focused marketing—that is, producing fun, educational behind-the-scenes videos, images and articles in-house. “People don’t like ads that much, but they do like interesting videos and pictures,” adds Hodges. Ballet Austin films a professional trailer for each ballet and projects it in the theater lobby, so that their audience can preview coming attractions. 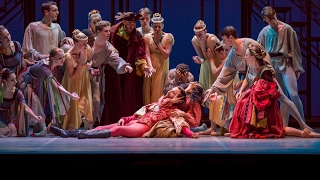 During its 2015 Nutcracker, Ballet Austin played a trailer for a February 2016 mixed-rep show and noticed an increase in early ticket sales during that time. The company has also received audience feedback suggesting that exhibits highlighting an aspect of an upcoming show can help hesitant patrons feel ready to take the plunge into unknown repertory.

Mobile-friendly ticket-buying sites allow people to buy in the moment they feel inspired. Last year Boston Ballet revamped its site to make it easier to navigate and saw its online ticket sales for Nutcracker jump from 56 percent of total sales to 72 percent.

To target Millennials and create a “big event” feel, Ballet Austin designs a fun lighting treatment for the facade of the theater and hires a DJ to play popular music outside. “It creates a space that people can linger in, and it’s a relatively inexpensive investment,” says Loignon.

Ballet Austin also creates social media stations in the theater, designated spaces with a backdrop and themed props for people to take photos. Loignon uses what she calls a “social media aggregator,” which lets her choose posts with the ballet’s hashtag to project onto screens. This encourages that ever-valuable word-of-mouth advertising, because audience members love looking for their photos.

Audience feedback is essential—if nothing else, to help figure out which events aren’t working. Ballet Austin used to host preview nights in the studio at no cost but, after analyzing data, realized that there was very little turnover between preview attendees and ticket buyers. 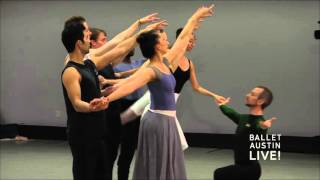 They also held rehearsal live-streams, but found that these audiences were limited to current patrons. Would-be audience members were confused about why there were no costumes, and what they should get out of seeing an unfinished product. Now, Ballet Austin uses production-quality footage in its videos whenever possible.

It takes time to see if new approaches are ultimately profitable. “Unlike a lot of businesses that have many opportunities to interact with customers, ballet companies only have maybe three or four each year,” says Loignon.

A successful strategy stays confident in the product—great dance—and keeps in mind that the goal is always to highlight it. After each show, Ballet Austin sends patrons out the door with treats themed to the show, like candy canes for Nutcracker with a small promotional card for the next show attached. Loignon says, “We want to keep the afterglow going for a good 24 hours.”

No Thoughts on Yes, It IS Possible To Build New Ballet Audiences In 20170 (0)