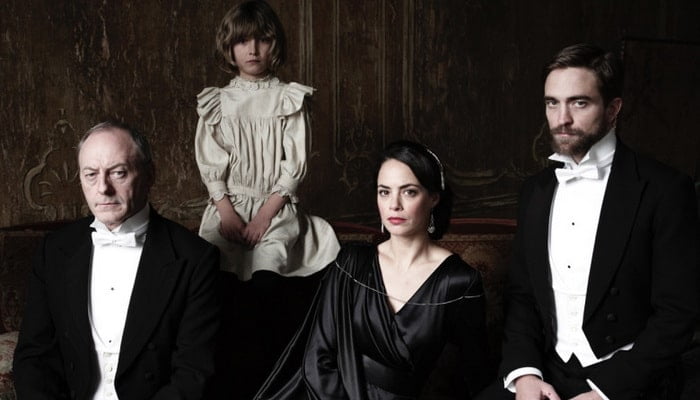 The Kids Are Alright: How YA Stars Have Become The Unlikely Saviors Of American Indie Film – @Indie Wire0 (0)

Daniel Radcliffe, Robert Pattinson, Kristen Stewart and other YA stars are emerging as some of the most curious, exciting, and financially viable actors working today. Our national nightmare is over: After more than a decade of dystopian futures, obtuse love triangles, and weak Charli XCX singles, Hollywood’s flash-in-the-pan love affair with YA film adaptations has finally run its course. You can feel it in the air, and you can see it in the dwindling box office returns. The climactic installments of “The Maze Runner” and “The Divergent Series” are still on the horizon, and an unusually promising adaptation of John Green’s “Looking for Alaska” continues to percolate in pre-production, but bodies tend to wriggle for a little while after they’re officially pronounced dead. The fact of the matter is that Voldemort has been vanquished, the people of District 12 have overthrown The Capitol, and Bella Swan has stopped pouting. There will always be movies made for the tween audience, but make no mistake: The YA world as we know it has come to an end.

Of course, it was only a matter of time before the genre ate itself, as these movies made a sport of incessantly tweaking the same premise. From “The Giver” to “The Hunger Games,” there was a wry irony to how these shamelessly derivative film franchises were so unerringly preoccupied with stories about the dangers of conformity. But if Hollywood failed to heed the moral they’ve been tirelessly repackaging for audiences of a certain age, the same can’t be said of the stars who served as their messengers. Now, as the YA boom recedes into the past and its legacy begins to take shape, a curious trend has started to emerge in the shape of a silver lining: The most creatively bankrupt corporate cinema in recent memory has spawned some of the most curious, and excitingly singular actors working today.

In the five years since graduating from Hogwarts School of Witchcraft and Wizardry, Harry Potter star Daniel Radcliffe has played Allen Ginsberg (“Kill Your Darlings”), a twentysomething who begins transforming into the antichrist after he’s falsely accused of murdering his girlfriend (“Horns”), and — with the recent release of “Swiss Army Man” — the farting corpse that Paul Dano uses as a makeshift motorboat to sail away from a desert island. In other words, Radcliffe hasn’t exactly been playing things safe.

And he’s not alone. While the actor’s post-Potter career has been aggressively strange, perhaps the strangest thing about it is that such an unpredictable trajectory has become normal for the breakout stars of the YA generation. Kristen Stewart, a severely talented starlet immortalized by “The Twilight Saga,” has followed the tween mega-franchise with roles as guard at Guantanamo Bay (“Camp X-Ray”), a muse for Jack Kerouac (“On the Road”), and — in recent Cannes sensation “Personal Shopper” — a haunted ex-pat who spends 20 minutes of screen-time text messaging with a ghost. When not selling tabloids, she can be found working with major auteurs like Kelly Reichardt, Woody Allen, and Olivier Assayas.

Logan Lerman, who played the eponymous hero of “Percy Jackson” (Google it), can be seen this summer as the lead in a bold and brilliant Philip Roth adaptation by James Schamus (“Indignation”), while Shailene Woodley, currently mired in the death throes of the “Divergent” series, made time to deliver a memorable performance in a Gregg Araki joint (“White Bird in a Blizzard”). Jennifer Lawrence recently scored her fourth Oscar nomination by playing a housewife who obsessively invents a new kind of mop (“Joy).

To some extent, it’s a familiar story: Newly minted talent doesn’t want to be pigeonholed into the kind of role that first launched them to fame. These kids are young, they have more money than they could spend in 10 lifetimes, and they’d happily exchange a modicum of fame for an extra dollop of artistic credibility. But none of the films that express their aspirations betray that unmistakable strain of calculation — the work is too consistent, too committed, and simply way too crazy.

However trite and cynical some of these franchises may have been, hindsight makes it easy to appreciate how they functioned as the ideal incubators for daring new talent. With the exception of his role in “December Boys,” Radcliffe spent a decade inhabiting the same character uninterrupted. But rather than lulling him into the rhythms of repeating himself, the experience seems to have motivated the young actor — and others like him — to chase his muse. As time goes by, it’s becoming increasingly apparent that Radcliffe has always wanted to play a farting corpse, and being one of the most famous people on the planet was just the path of least resistance.

Robert Pattinson broke free from his YA series like a rabid dog let off his leash, racing towards David Cronenberg’s twisted embrace before the last installment of the “Twilight” saga even hit theaters. Since those collaborations (in which he seized control of his own career, graduating from a limo passenger in “Cosmopolis” to a limo driver in “Maps to the Stars”), Pattinson has been a post-apocalyptic simpleton for David Michôd, T.E. Lawrence for Werner Herzog, and a WWI-era political stooge for first-time director Brady Corbet. “I can’t speak for anyone else,” Corbet told Indiewire, “but from what I know of those actors, they are very film-literate people. Someone like Kristen Stewart has always worked with great filmmakers. She started out with David Fincher, after all. The ‘Twilight’ franchise was the curveball, not the auteurist works she’s just continued to work on.” “The Childhood of a Leader”

Along those same lines, it certainly couldn’t have hurt that these kids were surrounded by legendary actors on a daily basis, each young star granted an inspiring view from the center of their solar system. In a given scene, Radcliffe could be paired against Michael Gambon or Maggie Smith. Lawrence regularly shared the screen with Philip Seymour Hoffman; Woodley with Kate Winslet. However unoriginal these movies may have been, their sets were populated with living reminders of what’s possible.

And what’s not. These kids have learned from watching their elders, from seeing how difficult it’s been for the likes of Chris Evans or Chris Hemsworth to thrive on their own in a system where an actor is only as much of a draw as the brand they’re representing. Perhaps they’ve been compelled by Scarlett Johansson (for example), who’s aggressively weaponized whatever frustration she might feel over the lack of a Black Widow movie  into one of of contemporary Hollywood’s most exciting careers, subverting her image in Jonathan Glazer’s “Under the Skin,” or becoming an action star of her own design in Luc Besson’s “Lucy.” Perhaps, as Corbet argues, they’ve just learned the basics of survival: “It’s plain common sense for an actor of some notoriety to use their status to support projects from great auteurs and promising budding talents. It’s beneficial for the longevity of a performer’s career to work on great and lasting works of art.”

At a time when the industry is growing increasingly hostile towards risk-taking and sensibly priced filmmaking has dissolved between the binary of mega-budget blockbuster and micro-budget indie hopefuls, Radcliffe and the fellow members of his graduating class have become allies for art in an age that seems anathema to it. “You have to be able to trust your taste, even if it attracts certain fans and repels others,” Radcliffe told this writer at Sundance in January, before explaining that he’s game for anything so long as his dad — a trusted advisor — likes the script. Very few of the oddities he’s made have turned much of a profit, but that’s precisely why his adventurous spirit is so valuable; without Radcliffe, a movie like “Swiss Army Man” might never receive the modest sum required to so vividly bring its bizarro vision to life, or foment the interest necessary to translate that vision into the kind of breakout success that A24 just leveraged from the film’s opening weekend.

The era of the YA adaptation may be shriveling up, and not a minute too soon, but the actors it left behind are just starting to flex their muscles. May the odds be ever in their favor.

No Thoughts on The Kids Are Alright: How YA Stars Have Become The Unlikely Saviors Of American Indie Film – @Indie Wire0 (0)