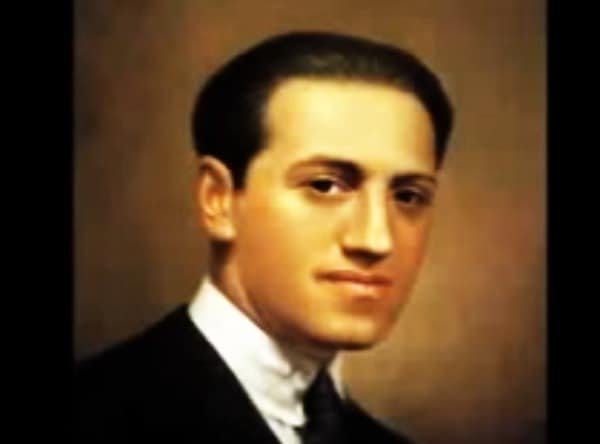 There are a great many compositions I can never hear again the way I did the first time around. Aaron Copland’s American symphonies, for example—sentimental childhood favorites that once evoked memories of landscapes I knew well—have since become inseparable from advertisements for the meat industry and other disagreeable things. Many other iconic pieces of music from major composers have become woven into the fabric of marketing that blankets our lives, in part because many of those pieces don’t require expensive permissions for their use. Another unforgettable example: George Gershwin’s Rhapsody in Blue, the jazz concerto from 1924 that I cannot hear without thinking of “spacious seating options and thoughtful inflight amenities,” carefully orchestrated for my comfort and convenience. 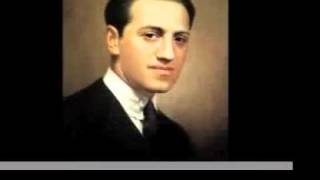 But if there is some way to recover the purity of hearing Gershwin’s piece for the first time, no better one exists than the abridged recordings we have here, which represent some of what the very first audiences of Rhapsody in Blue heard in 1924, including Gershwin himself playing the piano. They also represent exactly what the first listeners of Gershwin’s piece on record heard—the rather thin sound we’ve come to associate with early audio technology, which did not feature any electronics until 1925. Up until then, small classical ensembles, opera singers, and jazz and ragtime bands would stand around a horn, with engineers placing them forward or back depending on their emphasis. (Some jazz recordings with multiple soloists were made on rotating platforms for this purpose). As the musicians played, a vibrating diaphragm moved the stylus, mechanically etching the performance onto the record. At the top of the post, you can hear a modern remaster that removes most of the noise of the original, which is in two parts above and below.

In addition to Gershwin, the recording also features the original clarinetist, Ross Gorman, who played that famous opening glissando at the debut of Rhapsody in Blue on February 12, 1924, at New York’s Aeolian Hall. Gershwin’s piece was the capstone of an event billed as an “Experiment in Modern Music,” organized by Paul Whiteman, who conducted the orchestra onstage and record. The purpose of the event, writes History.com, was to “demonstrate that the relatively new form of music called jazz deserved to be regarded as a serious and sophisticated art form.” It sounds condescending, to say the least, but it brought us Gershwin’s wonderful composition and helped him “transcend the category of popular music” and become a well-regarded composer. New York Times critic Olin Downes wrote of Rhapsody in Blue, with its “outrageous cadenza of the clarinet,” that the “composition shows extraordinary talent, just as it also shows a young composer with aims that go far beyond those of his ilk.”
Certainly those of Gershwin’s “ilk” made their own extraordinary contributions to modern American music, as did Gershwin himself in Broadway show after show. But Gershwin’s interest in bringing jazz to the classical world has been shared by other famous jazz composers, from Duke Ellington to Charles Mingus. The results may not “transcend” more straight-ahead jazz in some hierarchical sense, but they innovate in the way that the very best “experiments in modern music” do, by boldly putting two or more forms in conversation with each other. In Gershwin’s piece, we hear jazz and classical figures argue and come to terms, jostling against each other as they come together—the laughing clarinet, pompous brass, romantic piano—producing the kind of genteel tension that… dammit, I guess is pretty well represented by reclining in an airplane seat, 30,000 feet above the ground….

O artigo: Gershwin Plays Gershwin: Hear the Original Recording of Rhapsody in Blue, with the Composer Himself at the Piano (1924), foi publicado em: Open Culture

The post: Gershwin Plays Gershwin: Hear the Original Recording of Rhapsody in Blue, with the Composer Himself at the Piano (1924), was published at: Open Culture

No Thoughts on #gershwin – Gershwin Plays Gershwin: Hear the Original Recording of Rhapsody in Blue, with the Composer Himself at the Piano (1924) – @Open Culture
0 (0)