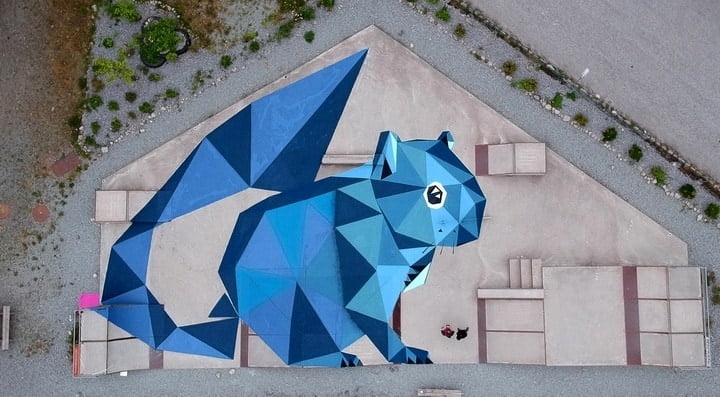 Our dear friend and Street Artist Riccardo Ten Colombo, aka TEN, has just completed a new mural in West Norway where he was invited to participate at Moving Mountains festival, in the Kvinnherad community.

This year’s event was Hardanger fjord’s first street art festival and it included many workshops, murals, films and street installations by local and international artists.

This artistic initiative born with the aim to raise awareness and discussions concerning a wide range of issues impacting our planet. The title of the event was reached in an attempt to reflect the issue of melting glaciers, but also the human ability to overcome problems.

For these reasons, Ten decided to paint Rosendal Skatepark’s floor by creating an art work dedicated to the squirrel, in particular to the red squirrel, that it will most likely disappear in the coming decades. The extinction of this animal is due to the introduction in Europe of other predatory squirrels imported from North America by humans.

Following his distinctive technique defined as “ Triangolism” ( namely the choice to use the contrast between pure colors, complementary colors, light and shade, warm and cold tones), TEN tries to dismantle and to rebuild his subjects taken from the animal world by breaking them up into simple geometric shapes.

This time, the magical colors of the Norwegian fjords have inspired his artwork, suggesting him to make a huge painting that has completely covered the floor of the skatepark. The only way to be able to see the complete work was to rise up to 35 meters height and therefore Riccardo saw the complete paiting only at the end of the works and thanks to the photos taken by the drone.

Check more images below sent by the Artist and stay tuned with us for more news about street art in Norway. 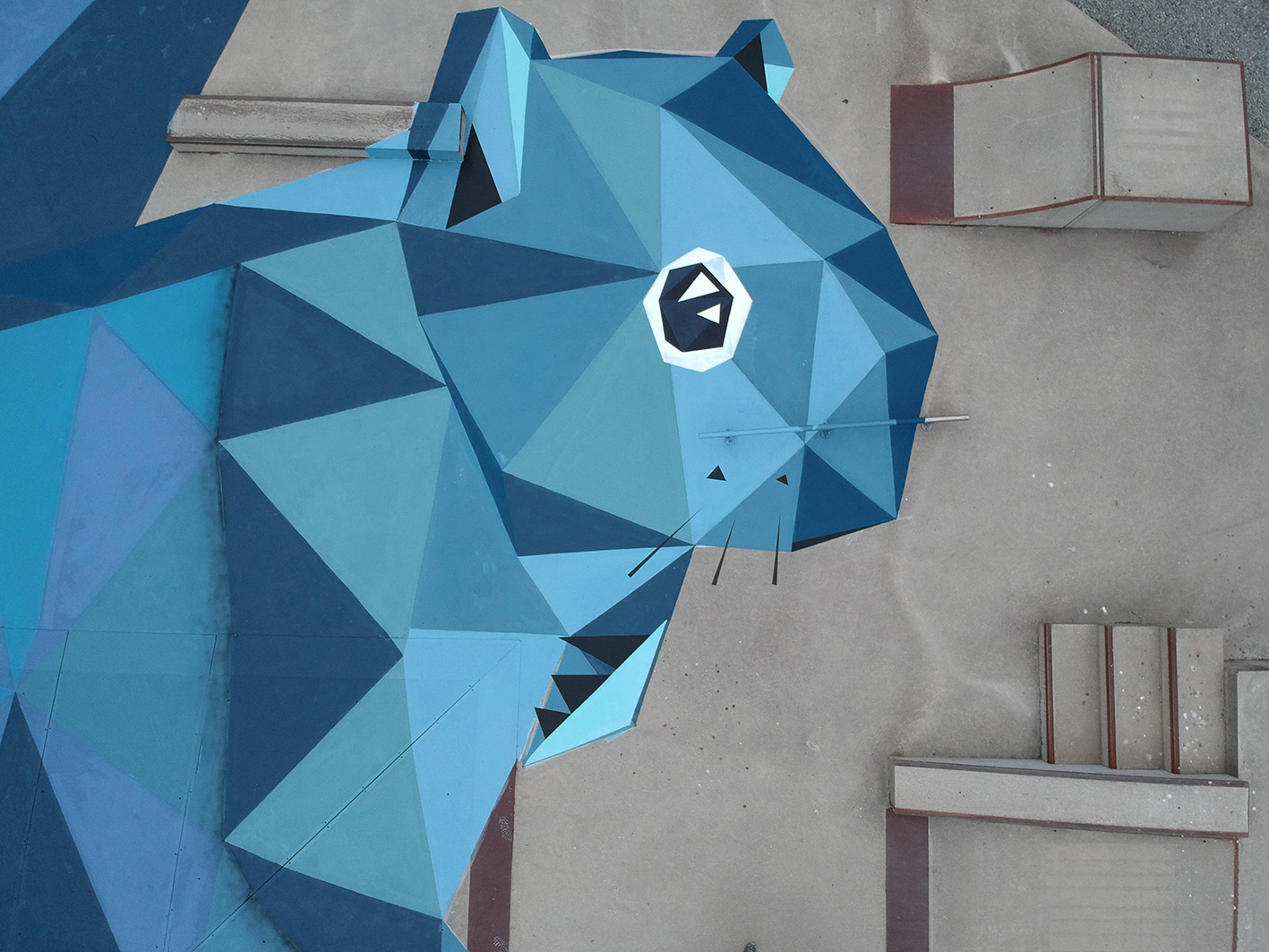 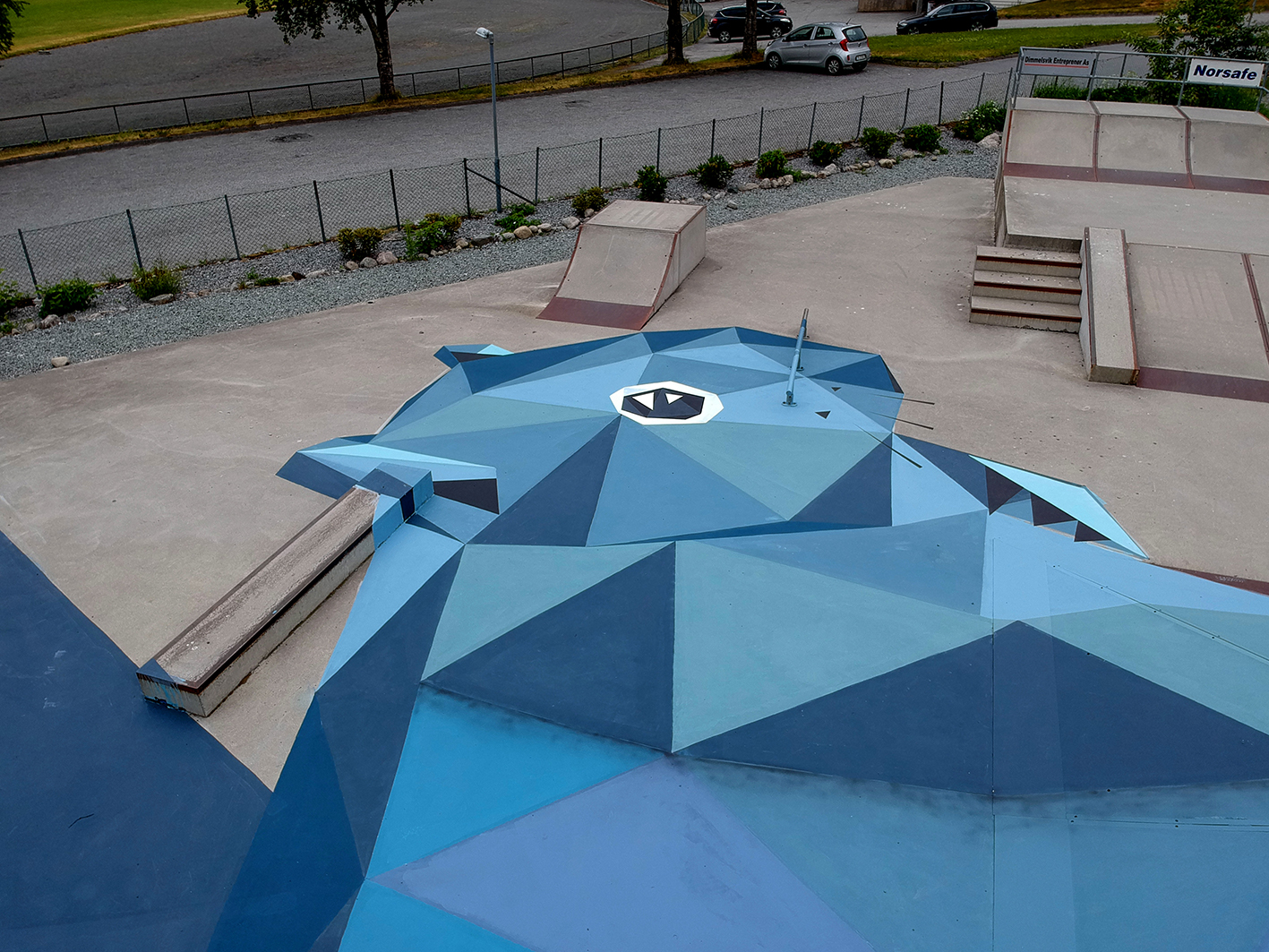 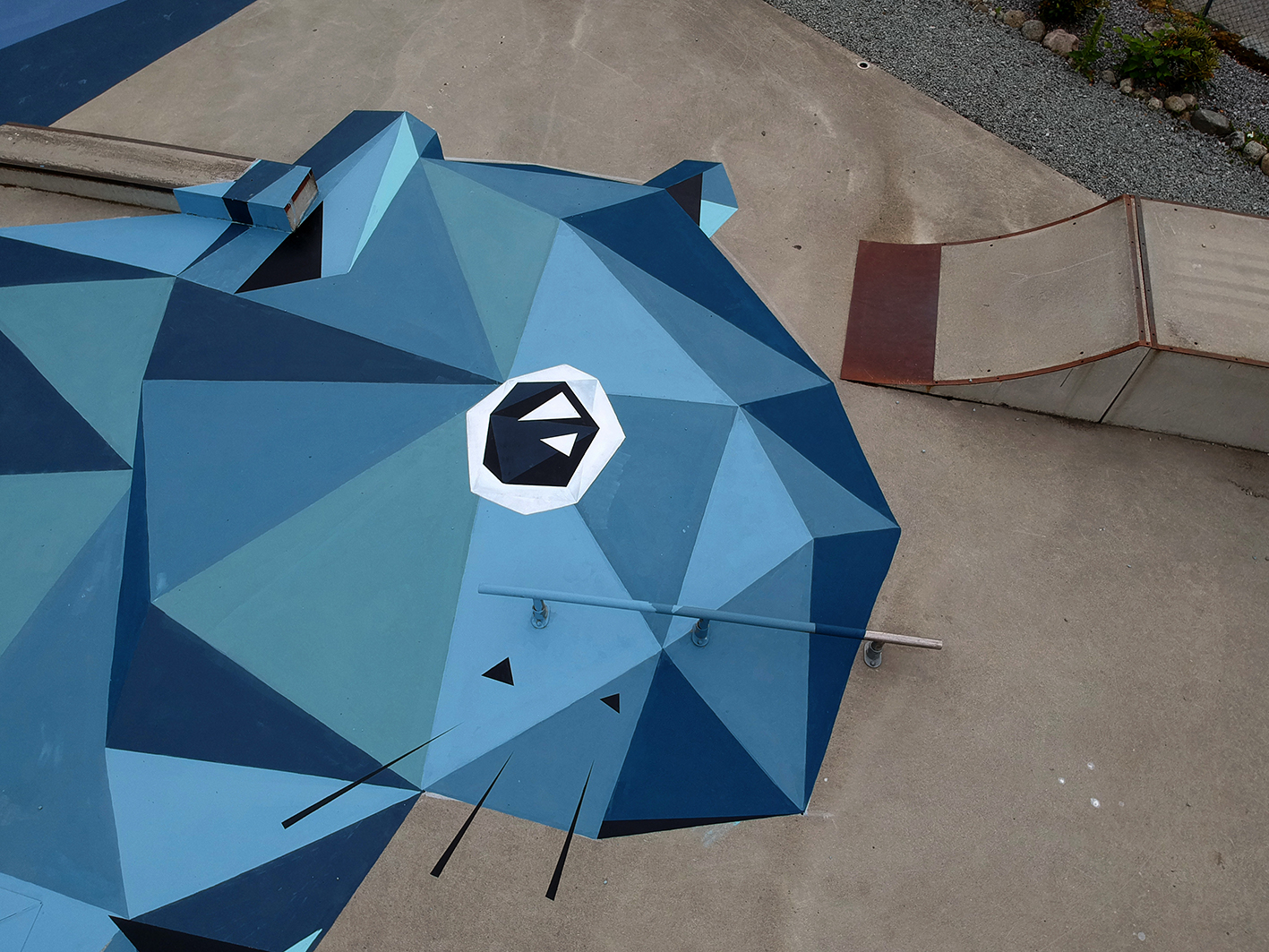 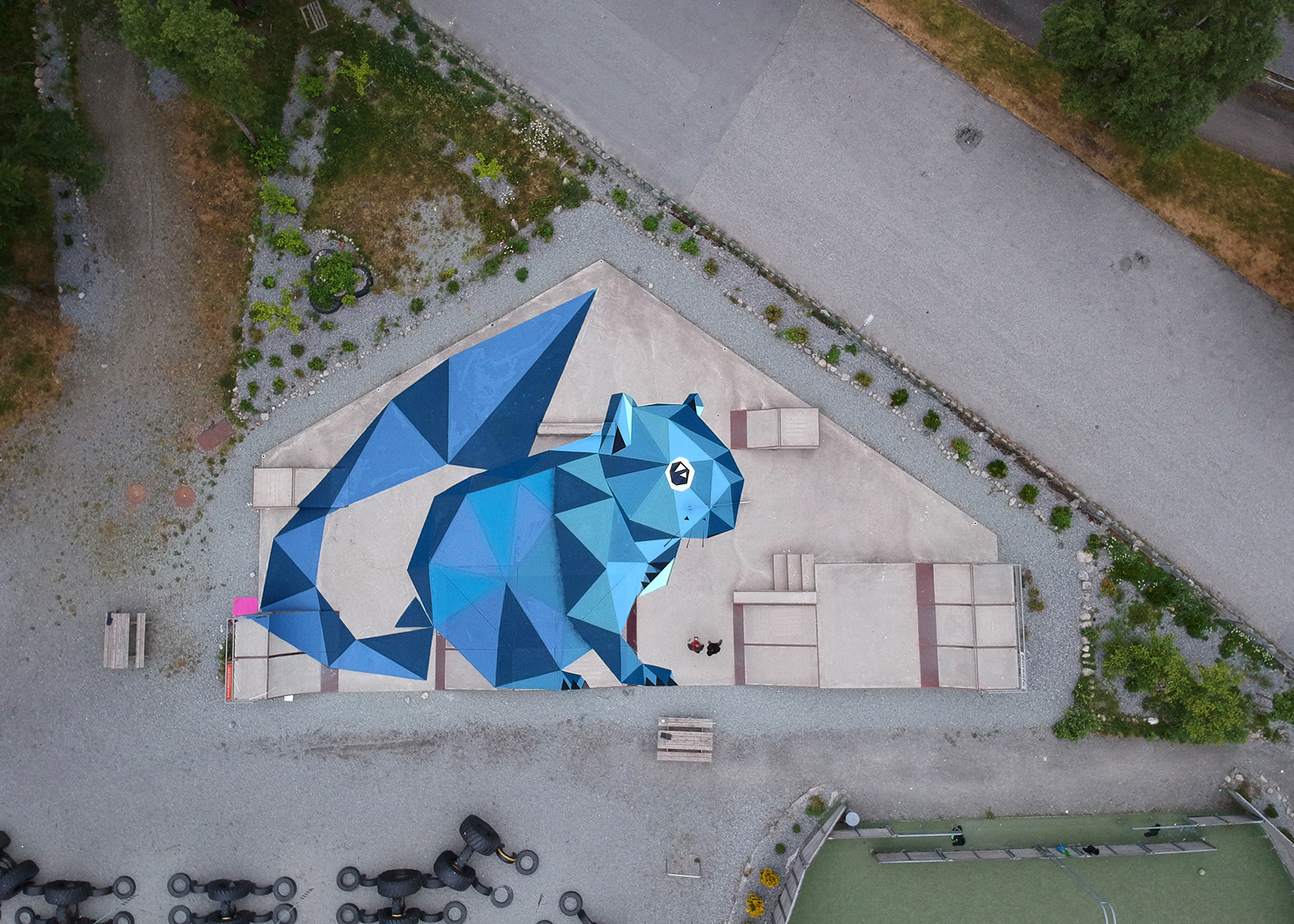 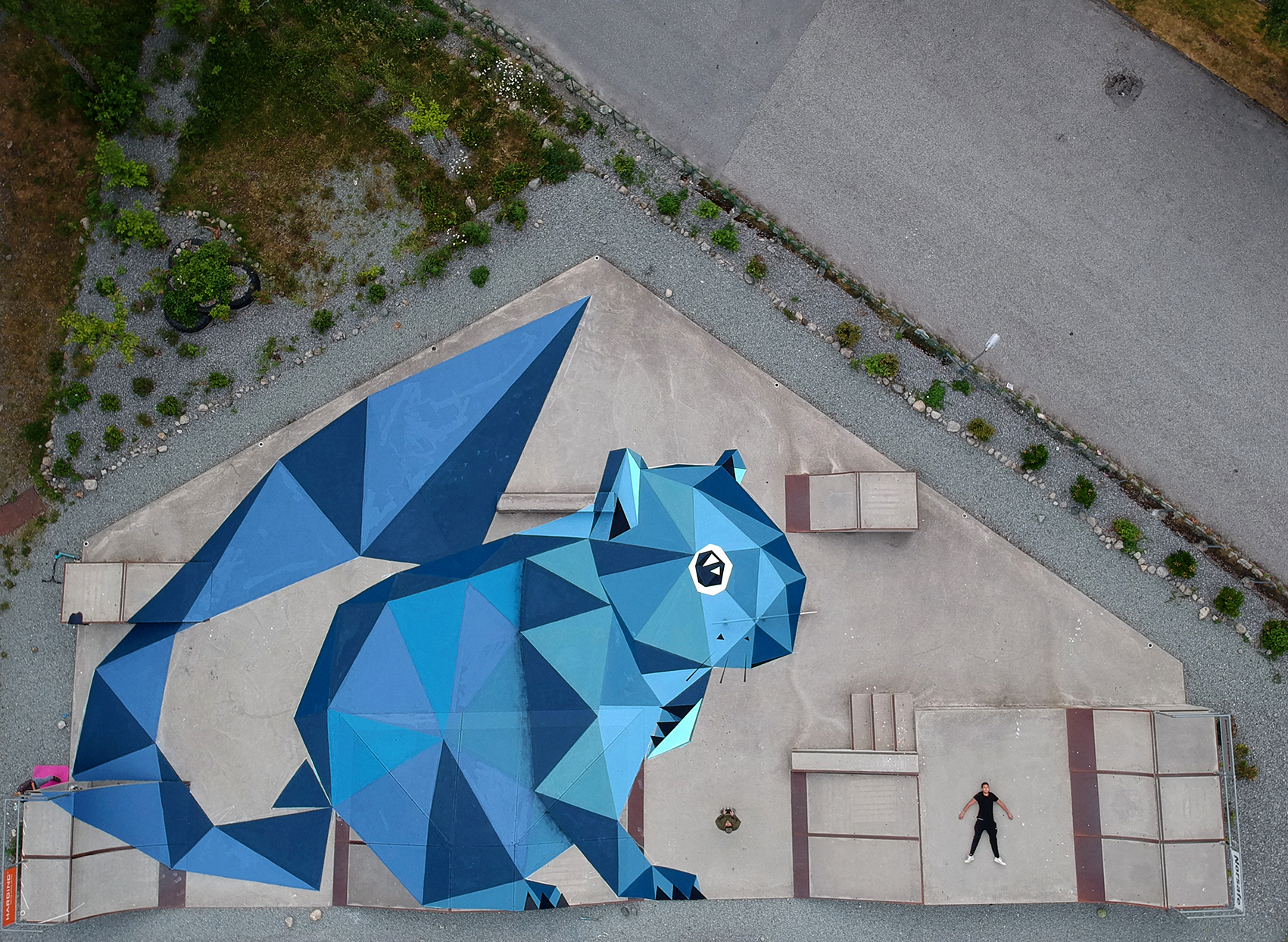 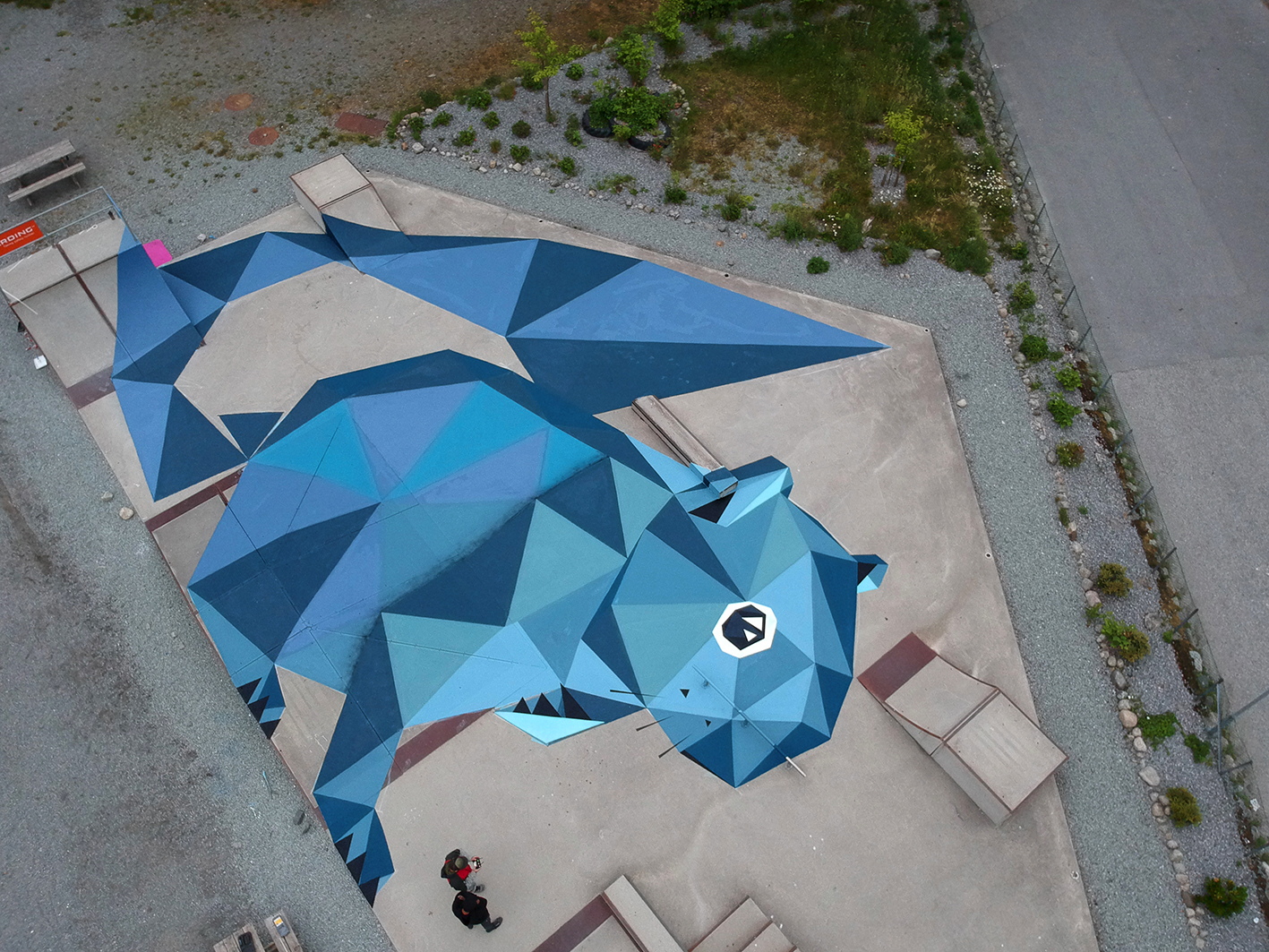