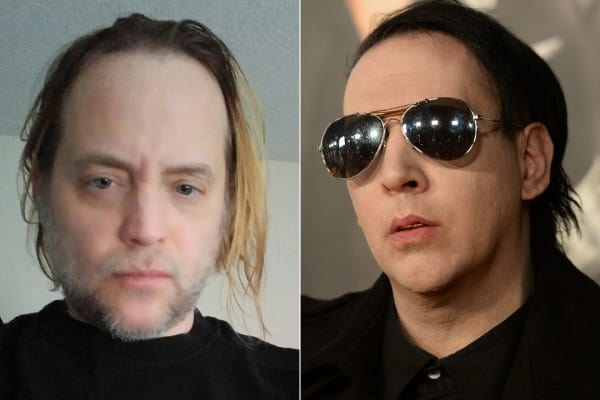 The last we heard from former Marilyn Manson keyboardist Madonna Wayne Gacy (his mother calls him Stephen Bier), he was suing Manson claiming the shock rocker spent band funds on drugs and personal collections as opposed to distributing the wealth. The case was eventually settled out of court, but Gacy clearly still feels some pent up resentment, even though he’s been out of the band for close to 10 years now.

Alternative Nation reports that Gacy posted a series of status updates on Facebook taking shots at his former lead singer, saying he hopes Manson offs himself:

“I am genuinely amazed at how many prominent entertainers and musicians have kicked-off in the last 30 days… too bad Brian Warner isn’t one of them.”

“Apparently, the old cliche that ‘only the good die young’ is truth.”

“I can’t wait to do: the electric Boogaloo, the Texas two step, the waltz, and an Irish jig on his grave.”

“Maybe this is the end times, and it is a really slow rapture starting with musicians?”

“The best thing he can do to preserve his legacy, is put a bullet in his head and prove his integrity.”

“Presently, he is unintentionally… slowly… committing suicide one pill at a time.”

While Gacy surely isn’t the first person to suggest Manson kill himself, it’s ultimately not a good look for the dude.  But hey, thanks for the salacious headline.

The post Former MARILYN MANSON Keyboardist Says Singer Should Put A Bullet In His Head appeared first on Metal Injection.