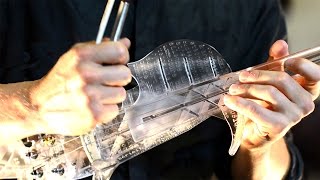 There is a perpetual argument among stringed instrument aficionados about the esoteric value of so-called “tonewoods.” Certainly, to most discriminating ears, the differences between an acoustic guitar, mandolin, or violin made of solid spruce or maple and one made of plywood seem sonically obvious. When it comes to electric guitars, the distinctions between materials can seem more negligible. In blind tests many of us might have some difficulty telling the difference between an electric guitar made of the finest woods and one made of cheap balsa, lucite, or even an oil can. (Not that differences don’t exist!) It’s hardly controversial to point out that acoustic instruments depend upon their materials and workmanship in ways electric instruments don’t. 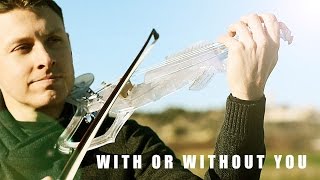 So how might discriminating ears respond to an electric, digitally 3-D printed acrylic violin, based loosely on a real Stradivarius? Can such an instrument replicate the sweet sustain of an acoustic violin, Strad or otherwise? You can judge for yourself in the demonstrations here. Created by French engineer and musician Laurent Bernadac, the “3Dvarius”—the world’s first 3-D printed violin—is perhaps, reports Wired, “a harbinger of what’s to come for musical instruments.” Critics have shown how it falls far short of recreating the sound of a traditional instrument. (See violinist Joanna Wronko compare the two at a TEDx Amsterdam talk here). And yes, the 3Dvarius may look “more like an avian skeleton than a stringed instrument.” But it does have some advantages over traditional violins made of wood. 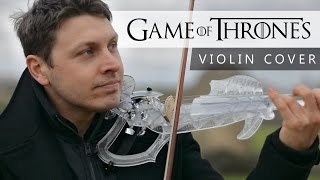 For one thing, synthetic instruments are highly durable and lightweight (violins and cellos made of carbon fiber have been on the market for several years). For another, the 3Dvarius can indeed make some pretty sweet sounds when plugged into Bernadac’s rig, consisting of various effects pedals and loopers. At the top, see how he uses his setup to create jazzy multi-layered, multi-track arrangements of popular songs with the 3Dvarius. And hear a few of those songs here, along with snazzy videos—including U2’s “With or Without You,” the Game of Thrones and X-Files themes, and “Se Bastasse Una Canzone” by Italian singer/songwriter Eros Ramazzotti. (See many more on Youtube.) The 3Dvarius website has a step-by-step explanation of how the instrument is made, from initial design to surface treatment and final assembly. 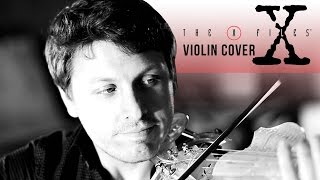 Despite its name and inspiration, the 3Dvarius doesn’t claim to actually duplicate a Stradivarius, a feat long thought impossible by even the finest modern luthiers. Even computer scientists admit: no matter how good machines get at replication, replacing traditional, handmade violins with printed copies “would lead to digitally cloned instruments,” writes Wired, “and the loss of sonic character that makes music, well, music.” And it isn’t only sonic character that matters to musicians. Surprisingly enough, in blind tests, many violinists can’t tell the difference between a Stradivarius and a high-quality newer model violin, but these findings do not diminish the Stradivarius mystique. The look and feel of an instrument and its make and pedigree matter. As musician and writer Clemency Burton-Hill points out, much of our fascination with the Stradivarius violin has to do with the “story of Stradivari,” as well as those of the musicians who have owned and played his instruments. 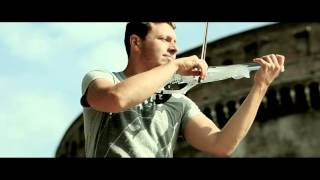 And though it may be possible to come close to their tones with cheaper modern copies and digital technology, we still gush over Jimi Hendrix’s Stratocaster or Jimmy Page’s Les Paul. The 3Dvarius, I’ll admit, is a very cool idea, but it’s hard to imagine a digitally-produced plastic artifact ever acquiring the same intangible aura of not only the most famous instruments in the world, but also of unique, hand-crafted new instruments on their way to making history. As Walter Benjamin argued in “The Work of Art in the Age of Mechanical Reproducibility,” it’s the authenticity of “aura”—the specific traces of history and the fingerprints of artists and master craftsmen—that we treasure in art. These are qualities that elude the most advanced technological processes.

The post: Behold the “3Dvarius,” the World’s First 3-D Printed Violin, was published at: Open Culture