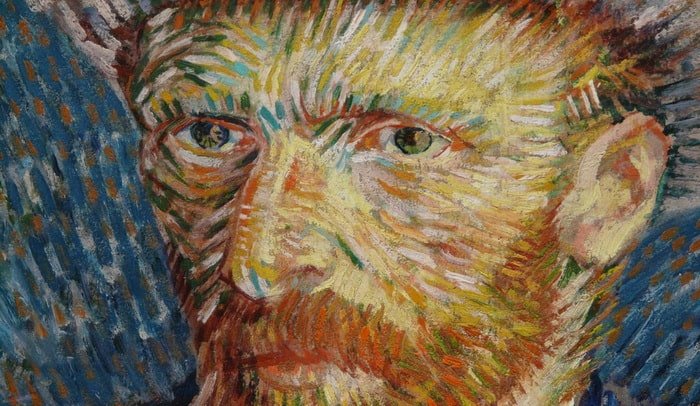 Why did Vincent van Gogh cut off his ear? Why did he commit suicide? The exhibition ‘On the Verge of Insanity’ at the Van Gogh Museum focuses for the first time specifically on Van Gogh and his condition. 15 July – 25 September 2016.

Some 25 paintings and drawings from the final year and a half of the painter’s life tell the story of his battle with illness. They include several important loans from international museums, such as the portrait he made of his doctor, Félix Rey, a masterpiece from the Pushkin Museum in Moscow, which is being shown at the Van Gogh Museum for the first time. Original letters and exceptional documents will also be exhibited, including the police report and the petition signed by local residents in Arles in 1889 calling for the artist’s confinement to a mental hospital. The exhibition runs from 15 July until 25 September 2016.

Vincent van Gogh: The Garden of the Asylum

The exhibition centres on the questions of how Van Gogh’s illness manifested itself, how he himself coped with it, how others responded, what he wrote about it in his letters, and how his mental state influenced his work. The severed ear and the circumstances of his suicide have been a constantly recurring subject of debate in the 126 years since his death, and have significantly shaped the Van Gogh myth. These events are explored in depth in the exhibition, taking in the wide-ranging interpretations of his illness and death, including the many diagnoses put forward by doctors over the years.

Vincent van Gogh: The Enclosed Wheatfield After a Storm

The ‘ear incident’ through which Van Gogh’s illness manifested itself in December 1888, while he was living in the southern French town of Arles, is reconstructed through eyewitness testimonies and letters. The paintings he completed immediately after returning from the hospital, such as the “Portrait of Dr Rey” (Pushkin Museum, Moscow) and the “Still Life with a Plate of Onions” (Kröller-Müller Museum, Otterlo), show how he tried to pick up the threads of his life. Several important documents from the Arles municipal archives, never previously exhibited elsewhere, give an insight into Van Gogh’s mental state at the time, and how the people around him reacted. Local residents, for instance, organised a petition to have him confined, and compulsory hospitalisation was considered. Van Gogh eventually decided to have himself voluntarily admitted to the asylum in Saint-Rémy. Paintings and drawings from this period, such as “The Garden of the Asylum” and “The Enclosed Wheatfield After a Storm” (both Van Gogh Museum, Amsterdam), reveal him wrestling with his illness and show how his work had become his only lifeline. The final section of the exhibition includes the last painting made by Van Gogh, “Tree Roots” (Van Gogh Museum, Amsterdam) and focuses in detail on the circumstances of his suicide in Auvers-sur-Oise on 29 July 1890.

Longform: The Holdouts: An Exploration of Vinyl-Only Labels in the Digital Age – @Pitchfork0 (0)