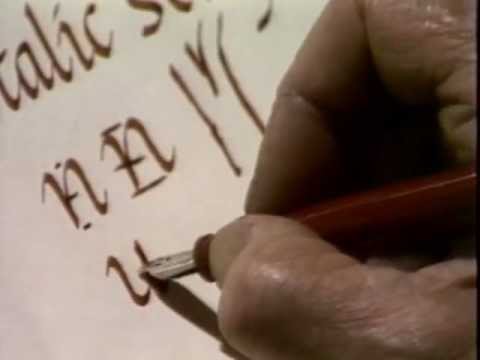 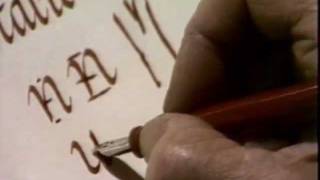 The story has, over time, solidified into one of the columns of Steve Jobs lore: in the early 1970s, the man who would found Apple left for Reed College. But before long, not wanting to spend any more of his parents’ money on tuition (and perhaps not temperamentally compatible with the structure of higher education anyway), he officially dropped out, couch-surfed through friends’ pads, lived on free meals ladled out by Hare Krishnas, continued to audit a variety of classes, and generally lived the prototype techno-neo-hippie lifestyle Silicon Valley has continued relentlessly to refine.
Perhaps the least likely of those classes was one on calligraphy, taught by Trappist monk and calligrapher Robert Palladino. More than thirty years later, delivering a now-famous Stanford commencement speech, Jobs recalled his time in the calligraphy class: “None of this had even a hope of any practical application in my life. But 10 years later, when we were designing the first Macintosh computer, it all came back to me. And we designed it all into the Mac. It was the first computer with beautiful typography.” 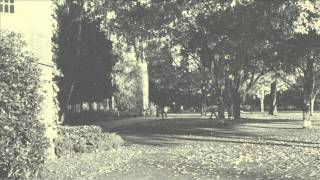 And what of the calligraphy teacher who made that possible? “Palladino, who died in late February at 83, joined the Trappist order of monks in New Mexico in 1950, according to a 2003 profile in Reed Magazine,” writes the Washington Post‘s Niraj Chokshi. “Just 17 at the time, his handwriting attracted the attention of the monastery scribe, who worked with him on his art. Five years later, Palladino moved to Lafayette, Ore., where local artists brought news of a skilled amateur to Lloyd Reynolds, an icon in the field and the creator of Reed’s calligraphy program.”
Now you, too, can receive instruction from Reynolds, who in 1968 starred in a series on the Oregon Education Television Service’s program Men Who Teach, shooting twenty half-hour broadcasts on italic calligraphy and handwriting. Eight years later — about the time Jobs co-founded Apple with Steve Wozniak — he re-shot the series in color, and you can watch that version almost in its entirety with the playlist at the top of the post. (Reed has also made some related instructional materials available.) You may feel the temptation to turn all of Reynolds’ lessons on the art of writing toward your goal of becoming the next Steve Jobs. But try to resist that impulse and appreciate it for its own nature, which Jobs himself described as “beautiful, historical, artistically subtle in a way that science can’t capture.”
We’ll add these vintage lessons to our collection, 1200 Free Online Courses from Top Universities

The post: Learn Calligraphy from Lloyd Reynolds, the Teacher of Steve Jobs’ Own Famously Inspiring Calligraphy Teacher, was published at: Open Culture

No Thoughts on Learn Calligraphy from Lloyd Reynolds, the Teacher of Steve Jobs’ Own Famously Inspiring Calligraphy Teacher – @Open Culture
0 (0)