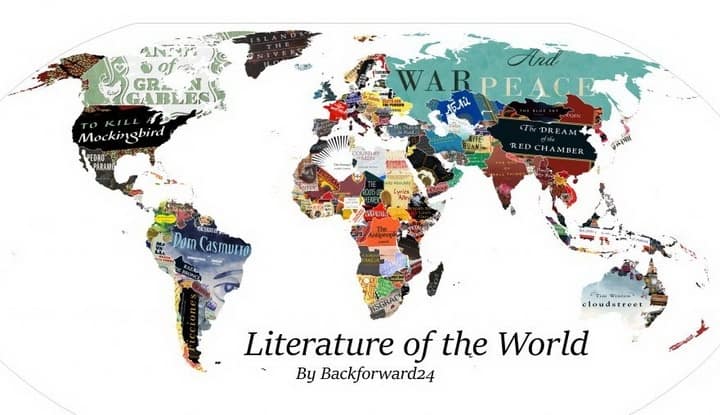 Begun by user “BackForward24” and crowdsourced through Reddit, this map of the world illustrates the most beloved/popular book of each country by pasting a scan of the book cover over its space on the world map. For book lovers who want to read themselves around the world, it will prove invaluable. (And if you can’t read the map, no worries, there is a text version available.)

But let’s unpack the larger (and yes, first world) countries first. The United States is represented by To Kill a Mockingbird, which ticks off a lot of the marks that make it quintessentially American: most high schoolers have read it, and it deals with both racism and our shameful history and the faith that the law can eventually right wrongs. Canada has Anne of Green Gables. Great Britain has Charles Dickens’ Great Expectations, and Ireland Ulysses (no surprise there.)

Our Australian readers might want to weigh in on Tom Winton’s Cloudstreet (a quite recent novel), and New Zealanders please tell us about The Bone People by Keri Hulme. 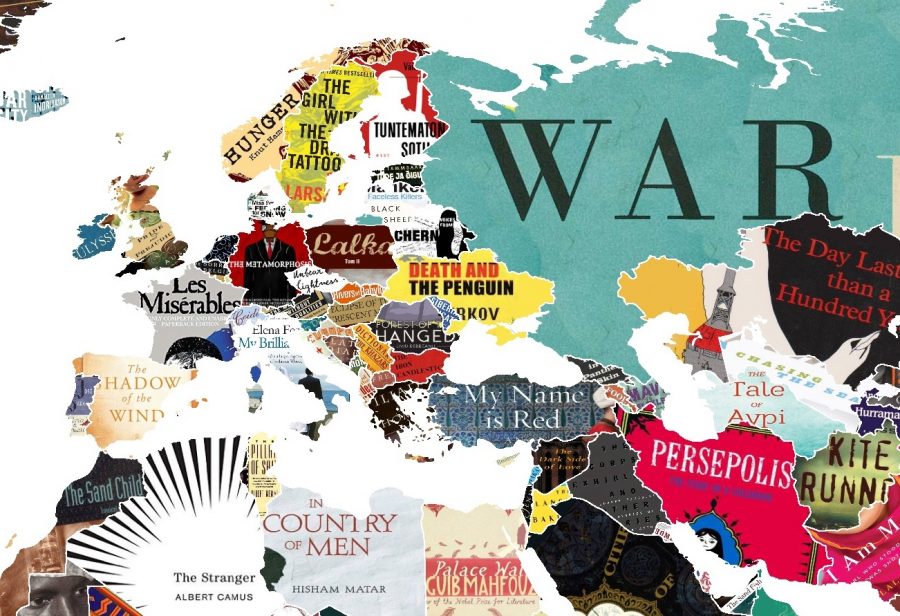 My takeaway and possibly yours from the map is how many titles are new to the Westerner. Europe has some familiar titles: Spain gets Cervantes’ Don Quixote (of course), Italy gets Dante’s The Divine Comedy, and France gets The Count of Monte Cristo by Dumas. And while Russia is represented by Tolstoy’s War and Peace, Eastern Europe is rather unfamiliar, at least compared to South America, where Argentina has Borges’ Fictions, Chile has Isabel Allende’s The House of Spirits, and Colombia has Marquez’s One Hundred Years of Solitude, all well known from decades of prizes, book club attention, and film adaptations.

This Reddit thread contains much criticism and debate, so please check it out. Some good points are raised: if the Iliad represents Greece, why not the Mahabharata/Ramayan for India? “Honestly there is work to do (in) the Africa part,” says another (very politely). There’s also debate over countries not being represented at all, such as Tibet (under Chinese occupation), along with Western Sahara, Somaliland, Kashmir, Balochistan, and Kurdistan. Frankly, if you start trying to talk about the culture of nations, there will be debate over what constitutes a nation. (I’m not sure if Palestine is covered, but some Redditors are voting for Susan Abulhawa’s Mornings in Jenin.)

Another thing to keep in mind: the novel is very much a Western genre. For many countries, that might not be the case. However, I sense that that debate (and future map) will be another Reddit thread, somewhere, sometime.