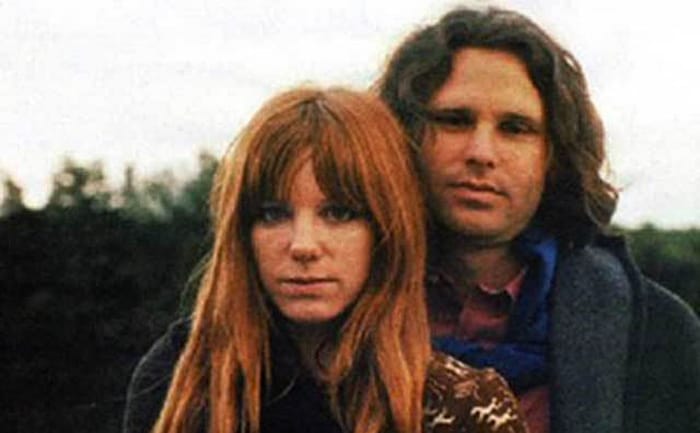 It’s got to be one of my favorite ledes of all time: “The Doors legend Jim Morrison ‘faked his own death’ and is living as an aging homeless hippy in New York, according to a conspiracy theorist.” 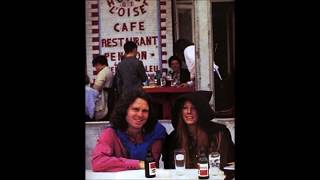 These are often the images we remember, but the photos in the video montage above (set to some inexplicably un-Door-sy music that you might want to mute) show us a more youthful, clean-shaven, baby-faced, and much healthier lizard king, traveling through Paris with his girlfriend Pamela Courson and their friend Alain Ronay, who took the photos on June 28th, 1971. (See a photo spread here at Vintage Everyday.)

Morrison was “clearly not in a good way,” writes Ultimate Classic Rock, “when he headed off for Paris,” but in these images, he appears fully ready to embark on a new career as a published poet instead of joining the “27 Club,” as he would just days later, when Courson awoke to find him dead in the bathtub of their Paris apartment on July 3rd.

Part of the reason fans have doggedly held on to the theory Morrison faked his death has to do with the mysterious circumstances surrounding that discovery–the “naggingly non-specific ‘heart failure’” ascribed as the cause by French authorities, the lack of an autopsy, and the “dozens of rumors—many of them unfounded” that proliferated around the mystery.

It turns out that circumstances of Jim Morrison’s death were sordidly predictable, if we believe one time Doors publicist Danny Sugerman, who wrote in his 1989 memoir Wonderland Avenue about conversations with Courson, who “stated that Morrison had died of an accidental heroin overdose, having snorted what he believed to be cocaine,” writes The Vintage News.

Her account is supported by the confession of Alain Ronay—in a 1991 issue of Paris Match, where many of these photos appeared—who wrote that Courson nodded off instead of getting help for Morrison. Ronay also describes in his account (read it in full, translated, here), how he and filmmaker Agnes Varda helped mislead authorities as to Morrison’s identity, covered up his prior drug use, threw the press off track, and guided the investigation away from the drugs and Courson’s involvement.

Ronay seems credible enough, but whatever the circumstances surrounding Morrison’s death, it’s clear he had a lot of writing left in him. In his last interview with Rolling Stone, he talked about his poetry and his admiration for Norman Mailer and revealed he’d been working on a screenplay. While in Paris, he made several recordings of his poetry with some unnamed musicians. Last year, a handwritten poem found in his Paris apartment went up for auction. Its final, ominous line read, “Last words, Last words out.”

What Are the Most Stolen Books? Bookstore Lists Feature Works by Murakami, Bukowski, (…) – @Open Culture
0 (0)

No Thoughts on The Last Known Photos of Jim Morrison, Taken Days Before His Death in Paris (June 1971) – @Open Culture
0 (0)