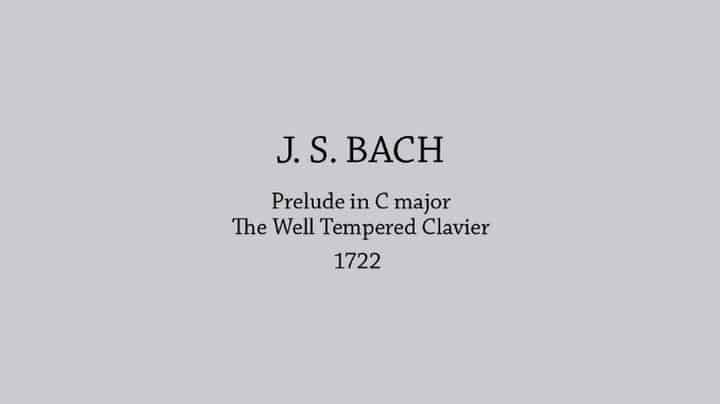 How a Synesthete Experiences Bach: An Empathic Journey into Sound Through Minimalist Motion, Shape, and Color
0 (0)

An animated invitation to inhabit a rare neurological crossing of the senses.

“Music is at once the most wonderful, the most alive of all the arts,” Susan Sontag wrote in one of the most beautiful meditations on the power of music, “and the most sensual.” Indeed, music beckons to multiple of our senses, which is why Helen Keller, deaf and blind, was able to exult in “hearing” Beethoven’s Ode to Joy with her hand and Aldous Huxley wrote so beautifully of listening in the dark for “some exquisite soft harmony apprehended by another sense.”

There is, in fact, a special class of people who, quite literally, apprehend music by another sense: synesthetes.

Synesthesia is a peculiar neurological condition, in which the senses cross-wire to render ordinary such seemingly psychedelic experiences as seeing sound and hearing color. Nabokov was a famous synesthete — in his autobiography, he writes of having “a fine case of colored hearing,” perceiving each letter of the alphabet as corresponding to a specific color:

The yellows comprise various e’s and i’s, creamy d, bright-golden y, and u, whose alphabetical value I can express only by “brassy with an olive sheen.”

At age seven, Nabokov was greatly distraught upon receiving a set of colored alphabet blocks and complained to his mother that “their colors were all wrong.” To his surprise, she confessed that she shared synesthetic perception of the alphabet — some of her letter-colors even matched his — and that, furthermore, she was also “optically affected by musical notes.”

In his indispensable book Musicophilia: Tales of Music and the Brain (public library), Oliver Sacks devotes an entire chapter to synesthesia and writes:

For centuries, humans have searched for a relationship between music and color. Newton thought that the spectrum had seven discrete colors, corresponding in some unknown but simple way to the seven notes of the diatonic scale. “Color organs” and similar instruments, in which each note would be accompanied by a specific color, go back to the early eighteenth century… For most of us, the association of color and music is at the level of metaphor. “Like” and “as if” are the hallmarks of such metaphors. But for some people one sensory experience may instantly and automatically provoke another. For a true synesthete, there is no “as if” — simply an instant conjoining of sensations. This may involve any of the senses — for example, one person may perceive individual letters or days of the week as having their own particular colors; another may feel that every color has its own peculiar smell, or every musical interval its own taste.

Israeli musician, artist, synesthete, and old friend Michal Levy has created a beautiful, minimalist animation as a sort of empathic device to help others experience chromesthesia — her particular form of synesthesia, in which sounds become associated with colors. Sixteen years after animating her visual experience of listening to John Coltrane, she is bringing Bach’s most famous prelude to multi-sensory life in a mesmerizing voyage into sound through shape, motion, and color, with an unexpected elegiac sidebar of love and loss.

Michal details her impetus, her creative process, and the haunting serendipitous discovery she made while working on the piece:

One day when I was sixteen, I realized that I could see music. The saxophone I played and the jazz I loved listening to came to life before my eyes, or perhaps behind my eyes, in shape and color — little animated characters at first, then something more abstract. By the time I was nineteen, I perceived even letters, numbers, and days of the week to have distinct colors. 5 is blue, 3 is red, without a shade of doubt. It was years until I learned that I was not alone — I had a rare neurological condition called synesthesia, a sort of crossing of sensory channels in which stimulation in one channel produces a response in another. Synesthetes can thus hear colors, see sounds, or taste smells, depending on the variety of synesthesia they have.

As a child playing the piano, long before my first conscious synesthetic experience, I was fascinated by how even the tiniest alteration in the position of my fingers could change the harmony completely. These shape-shifting harmonies had emotional undertones for me — I felt like they were taking me on a journey, telling me a story, nowhere more powerfully than in the most famous Bach prelude. It became a dream of mine to create an animation that conveyed this emotional voyage of harmony.

During my recent maternity leave, I embraced this challenge with the help of my dear friend Hagai Azaz, an animator. My guiding question was whether I could show the cascading flow of emotion, to make the feeling contagious, by using only color, the basic shape of circles, and minimalist motion, assigning to each musical chord the visual elements that correspond to it synesthetically. For me, music is a multidimensional experience — an ever-changing flow of shape, form, and color moving through space. Dance of Harmony seeks to bring this experience to life for those who can’t experience synesthesia directly.

There is also a private requiem buried in the piece: The Bach recording I had chosen features an extra bar, which another composer — the editor of a sheet music publishing company — had added a few decades after Bach composed it. People seemed to like it, so his version survived. When I chose this recording and made the film, I knew none of the backstory — but I did feel that one bar was amiss, somehow tensed. I called it “the bleeding heart.” It became the only part of the animation where the circles stop moving and pump in place against a rich red background. “The bleeding heart” falls between bars 22 and 23. My brother died between the ages of 22 and 23 during an earthquake in Christchurch, New Zealand. Although it came about by chance, this synchronicity now lends a new layer of meaning to the animation as an abstract representation of my family’s story — configured one way growing up, then having to reconfigure as we incorporate the heartbreak of the loss into our lives.

Complement with great writers on why music moves us, then revisit this fascinating documentary about what it’s like to live with synesthesia.

No Thoughts on How a Synesthete Experiences Bach: An Empathic Journey into Sound Through Minimalist Motion, Shape, and Color
0 (0)