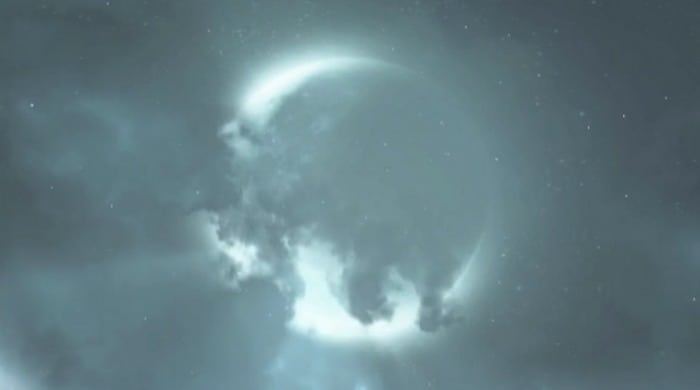 “So me and Roman have been friends for quite a while, collaborating here and there, he’s actually done the soundtrack for a

couple of my video pieces. With this music video for Mode D’Hiele I got the opportunity to give something back, to work with his audio for once, and visualize that,” Val Gesto told ARTnews over email.The artist explained that he has been working on several projects that deal with the general issue of “digital detox” and image-and-content related overstimulation. For the weeks leading up to his work on the video, he spent a lot of time playing the “quiet and gloomy” video game Dark Souls 3. “Mode D’Hiele starts off quite jazzy, quite peaceful, it even reminded me of some of the calmer portions of the game. So I figured, I should probably try and capture some still, peaceful moments/views inside Dark Souls 3, which I did,” Val Gesto explained.The video also includes imagery from the popular web game Agario as well as screen captures from the artist’s own personal archives. “The very unsubtle combination of these two distinct visual languages makes for an interesting contrast that I also feel in Roman’s work,” Val Gesto said. “It is sometimes extremely hectic, emotional, layered, but its often also very brutal and raw. I feel like we both get along because we are so emotionally invested in the type of work we make.” He pointed out a quote from Hiele where the musician stated that “having the past to listen to, and the present to look to, you somehow see the future. And that’s something you try to reflect in your music.”“I feel like I often experience similar dualities in life, through art and gaming, rather than music,” Val Gesto said.Watch the video below! 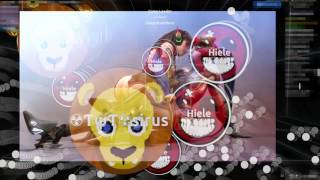 The post: Here Is The Premiere Of Yannick Val Gesto’s Video For Belgian Musician Roman Hiele, was published at: ARTnews