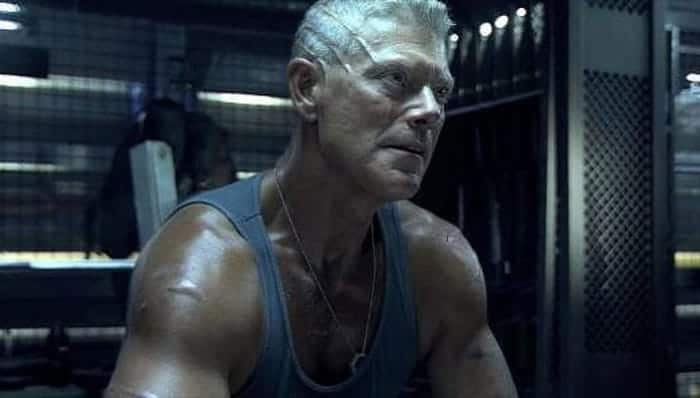 When Deadpool started to become a massive hit at the box office, and talk of Cable being in the sequel began, Stephen Lang was one of the first stars to throw his hat into the ring for the part. Posting on social media, “Let’s lay some CABLE. You know I want it. This is pre-training. Thanks for spreading the word,” Lang made it very clear that he is interested in the comic book movie role. It’s entirely possible that he will be in consideration when casting for Deadpool 2 begins, but it’s worth noting that there is something important potentially standing between him and the character: production on James Cameron’s Avatar sequels.

With his new movie Don’t Breathe set to come out in theaters soon, I had the pleasure of hopping on the phone with Stephen Lang recently, and one topic of discussion was his campaign to possibly play Cable in Deadpool 2. He noted that he would definitely love to play the comic book mutant from the future in the currently-developing blockbuster, but also noted that goal might not be realistic due to his other major commitments. Said Lang,

I think it’s highly unlikely that they would ever give me the part, for a number of reasons, one of which being that it’s the same studio asAvatar. It’s a conceivable it would be a scheduling conflict, but you know, what I’ve said is that if they did give me the part, they’d be very satisfied – because I’ll play the hell out of the part. But if they don’t give me the part, then I can be magnanimous in defeat, compliment the actor who does get the part, and console myself with four sequels to Avatar.

As Stephen Lang points out, 20th Century Fox is the studio behind both Avatar and Deadpool, so the idea of them possibly robbing Peter to pay Paul doesn’t seem overly realistic. James Cameron has some absolutely massive plans for the production of his developing sequels, as he plans to actually make all of them at the same time. It’s worth noting that Deadpool 2 doesn’t have a release date just yet, meaning that there would potentially be no interference in schedules, but given Fox’s urgency to make a Deadpool follow-up, there’s no guarantee there.

As for Stephen Lang’s feelings about playing Cable, it’s something that’s he clearly would like to do, but he isn’t going overboard with expressing his interest in the role. Instead, he’s letting the fans do most of the talking for him:

The extent of my campaigning for the role was the initial Tweet, and then after that, what I do is, when people do fan art, where they make me Cable, I retweet it, because I think it’s cool. Because why not? Because quite frankly, it’s a win-win situation.

Would you like to see Stephen Lang play Cable in Deadpool 2? Hit the comments section below with your thoughts, stay tuned for more from our interview here on Cinema Blend, and see the actor in action on the big screen in Don’t Breathe starting August 26th.