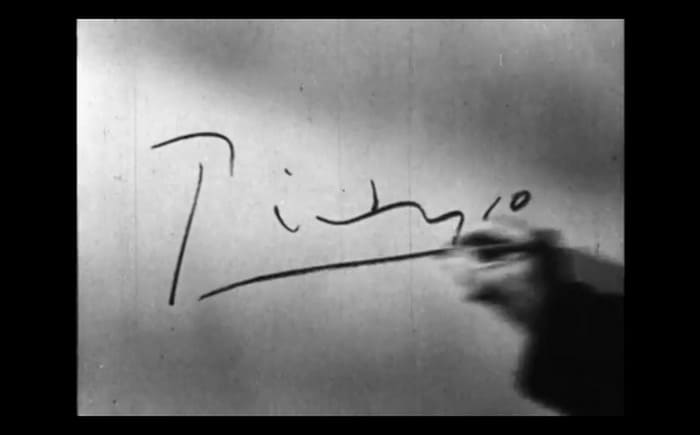 Spend an hour or two at MoMA, Tate Modern, or some other world class museum and inevitably you’’ll overhear some variation of “my seven-year-old could paint that.”

Mayhaps, Madam, but how much would it fetch at auction?

As a new documentary series, the Art Market (in Four Parts), makes clear, the monetary value of art is tricky to assign.

There are exceptions, of course, such as in the irresistible Picasso anecdote cited in the trailer, above.

Usually however, even the experts must resort to an educated guess, based on a number of factors, none of which can tell the whole story.

As journalist and former director of New York’s White Columns gallery, Josh Baer, points out in the series’ first episode below, even art market indices are an unreliable tool for assessing worth. A portrait of actress Elizabeth Taylor by Andy Warholfailed to attract a single bid at auction, though artnet Price Database reported sales of between $27 million and $31.5 million for other “Liz” paintings by the same artist.

I’d have thought a signature as famous as Warhol’s would confer the same sort of insta-worth Picasso claimed his John Hancock did.

The unpredictability of final sales figures has led auction houses to issue guarantees in return for a split of the profits, a practice Sotheby’s North and South America chairman, Lisa Dennison, likens to an insurance policy for the seller.

With the exception of the ill-fated Warhol’s great big goose egg, the numbers batted around by the series’ influential talking heads are pretty staggering. Snappy editing also lends a sense of art world glamour, though gallerist Michele Maccarone betrays a certain weariness that may come closer to the true energy at the epicenter of the scene.

As for me, I couldn’t help thinking back to my days as a receptionist in a commercial gallery on Chicago’s tourist friendly Magnificent Mile. I was contemptuous of most of the stuff on our walls, which ran heavily to pastel garden parties and harlequins posed in front of recognizable landmarks. One day, a couple who’d wandered in on impulse dropped a ridiculous sum on a florid beach scene, complete with shimmering rainbows. Rich they may have been, but their utter lack of taste was appalling, at least until the wife excitedly confided that the painting’s setting reminded them of their long ago Hawaiian honeymoon. That clarified a lot for me as to art’s true value. I hope that the couple is still alive and enjoying the most for their money’s worth, every single day.