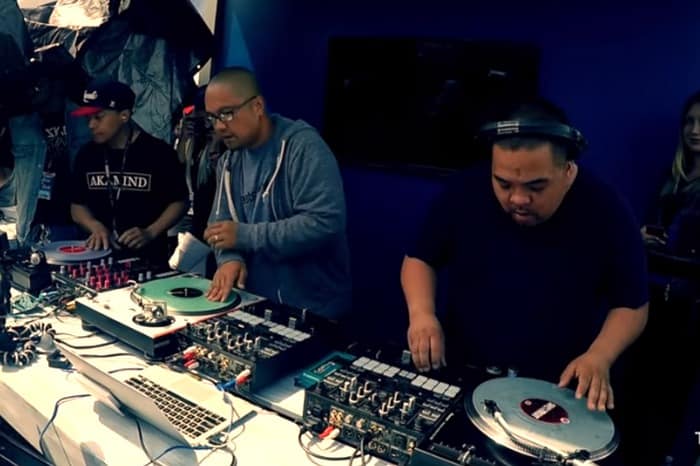 For more than 25 years, Northern California has been an epicenter for turntablism long before the term even existed. Labels like Bomb Hip-Hop put out compilations that celebrated scratching, mixing, and juggling in ways that took the DJ from a featured player in 1980s and 1990s commercial Rap music, and made the artist a headliner on stage. Meanwhile, local sound selectors like DJ QBert, Mixmaster Mike, Shortkut, D-Styles, and DJ Shadow became poster personalities, only reinforced by theatrical documentary Scratch.

From the West Coast, along with the Beat Junkies, DJ Rectangle, and others, the Invisibl Skratch Piklz would become of Hip-Hop’s most elite DJ crews. QBert and company pioneered forms of scratches and took the genre to film, merchandising (the Butter Rugs turntable slipmats), and solidified its own genre. 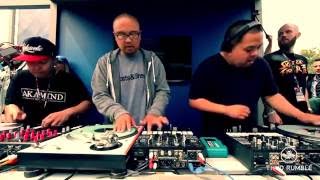 Notably, while QBert, Mike, Shortkut, and D-Styles have all released solo albums, the Piklz seemingly never made the kind of statement works of the cross-country X-Ecutionerz—only a handful of celebrated tapes and live releases, and performance videos. In 2016, that’s about to change with the release of The 13th Floor, coming in September on Thud Rumble.

A new performance video shows the trio of QBert, ‘Kut, and ‘Styles waxing down three tracks from the album, and slicing up some vocals from Kool G Rap, Special Ed, Big Daddy Kane, and some Gothic organs as well as some brassy Jazz. The battle mentality is in the Piklz, as they aim for solidifying their esteemed legacy on wax.

O artigo: One Of Hip-Hop’s Top DJ Crews Is Back To Prove They’re The Ultimate (Video), foi publicado em: AFH Ambrosia for Heads

The post: One Of Hip-Hop’s Top DJ Crews Is Back To Prove They’re The Ultimate (Video), was published at: AFH Ambrosia for Heads