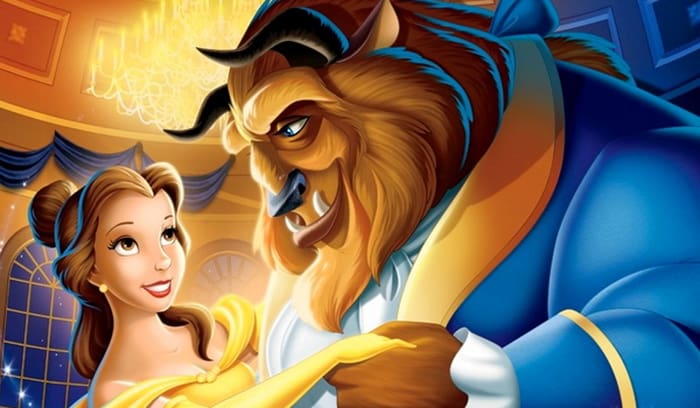 In case you haven’t noticed, we’re starting to see a flood of epic live-action film versions of famous children’s tales popularly adapted by Disney. Angelina Jolie sort of started this trend by playing the flawed fairy antagonist in the Sleeping Beautyadaptation, Maleficent. But the studio’s Cinderella and The Jungle Book adaptations packed theaters, meaning the craze has no signs of slowing down. (In fact, here are23 Live Action Fairy Tale Adaptations In The Making!) Next year promises a possibly more intriguing iteration with Beauty and the Beast.

The more we learn about this live-action “interpretation” of the 1756 French tale by Jeanne-Marie Leprince de Beaumont, the more intriguing it’s beginning to sound. Bill Condon will direct this take on the classic tale, and he has assembled an eye-popping cast. Here are the confirmed cast members, and who they will be playing inBeauty and the Beast when it opens on March 17, 2017.

Lately, former Harry Potter series star, Emma Watson has been making more headlines for her work with the United Nations and her gender-cultural call to arms than her cinematic resume. While she has some notable projects lined up in the near future, none will be more notable than this starring role as the “beauty” herself, Belle.

While the role of Belle may come as a bit of typecasting that looks to recall Watson’s bright, bookish, and sometimes obstinate attributes from her days as Hermione Granger, it’s also perfect. Disney’s famous interpretation depicted a bright, big-eyed beauty, but Watson carries a certain dignity to her demeanor that should come across effectively as a real-life version of the famous character. Rather than being some dainty dame who floats through life singing with cute whimsy, she’ll likely give us a deeper, insightful interpretation.

Dan Stevens as The Beast

Dan Stevens, the former star of TV’s Downton Abbey and films like The Fifth Estates, could find himself a household name with this co-starring role as the one and only Beast, himself. While the role is certainly open to interpretation and has been reinvented in every way, shape and form over the last few decades on television, it could be the case that Stevens may want to channel the spirit of his recent heroic role as Sir Lancelot in the recent Night at the Museum: Secret of the Tomb as things are expected to be more adherent to the Disney interpretation ofBeauty and the Beast.

Standing at 6 feet tall even, he may not be the hulking hunk of fur we saw in the Disney film, but, with the magic of CGI and prosthetics, anything is possible. The Brit actor has some other projects lined up until then with this summer’s Criminal Activities opposite John Travolta and Oppenheimer Strategies opposite Richard Gere and Steve Buscemi.

Coming off his crucial role as the dragon-slaying Bard the Bowman in The Hobbitsequels and as the villainous Shaw in Fast & Furious 6, Luke Evans may have been forced to take a mulligan with the recent fall’s Dracula Untold, but it hasn’t slowed down his career momentum at all. He will take the role as the Beauty and the Beaststory’s crimson-coated conniving narcissist, Gaston.

While, just as with Stevens, the Welsh actor doesn’t exactly exude the physical attributes one would immediately envision when it comes to the character, Evans seems to have enough experience to play a more pathological interpretation of the demented douchebag desperately desiring to steal away the lovely, thoughtful Belle, despite the romantic affections not being reciprocated. He should be THE villain of this film and it should be interesting to see how the over-the-top character from the cartoon translates into a deeper live-action medium.

The comedian may not exactly be an A-lister in the eyes of the layman, but to millions upon millions of children, he’s known as the voice of Olaf, the clumsy, neurotic, uber-affectionate talking snowman from Frozen. He has recently been announced to join the cast of Beauty and the Beast as Gaston’s short-statured toadie of a sidekick, Le Fou. While it is a supporting role, it should give Gad a chance to showcase an array of his skills as a performer somewhat similar to the already-iconic Olaf, except in a live-action capacity and with a sinister vibe. With that said, we could probably take this casting as a sign that the film may not be all that gloomy and serious, since Gad, thus far, is not particularly known for deeply dramatic work.

While Gad has spent the majority of his acting career doing television appearances and voice work, he will head to Beauty and the Beast by way of a summer comedy called Pixels. The film, about an alien attack caused by footage of vintage video games, has Gad co-starring with Adam Sandler amongst an impressive ensemble of Peter Dinklage, Kevin James, Michelle Monaghan, Jane Krakowski and Sean Bean. (Who will probably find a way to die.) However, look for Beauty and the Beast to possibly serve as a breakthrough role for Gad as the opportunity as Le Fou for stolen scenes are there for the taking.

Buried in the news that the live-action Beauty and the Beast will open on March 17, 2017 is the confirmation that Emma Thompson will lend her talents to the robust role of Mrs. Potts. Which means that there will be at least one show-stopping moment in the film for her, as she croons the signature tune for this tale as old as time.

We’re still trying to figure out how Bill Condon is going to approach the inanimate roles in the classic fairy tale. I mean, Mrs. Potts spends the bulk of Beauty as a tea pot. So far, the other roles cast have been for humans (like Belle) or beasts (like, er, Beast). How will Thompson – recently seen in Disney’s own Saving Mr. Banks – portray a ceramic character in live-action form?

This problem (issue? concern?) continues as we got through the rest of Beast’s cursed companions. As many of you know, the items in Beast’s castle are alive, and they speak to Belle (Watson) as she gets settled in her new “home” and learns to accept her surroundings. We have talking tea pots, candle sticks and clocks… and in this live-action version, they all will have amazing voices.

Ewan McGregor hasn’t shown up in a major movie in far too long, though his ,voice (ironically) was heard ever so briefly in Star Wars: The Force Awakens (during Rey’s flashback dream sequence). He’s an inspired choice to voice the charming candlestick. Now we’re just dying to know if he’s going to have lit candles for hands.

We heard the gruff tones of Sir Ian McKellen in the teaser trailer for Beauty and the Beast, and while he wasn’t bellowing “You shall not pass,” there was no doubt that it was the two-time Oscar nominee lending his voice to the angry clock, Cogsworth. In the animated version of the classic tale, Cogsworth is one of the objects who’s deadly afraid that they will run out of time before the Beast falls in love, meaning that he will be trapped as a clock forever. We’re excited to hear what McKellen does with that urgency.

This will be a reunion of sort for McKellen with his director, Bill Condon. Back in 1998, Condon hired McKellen to play film director James Whale in the spectacularGods and Monsters. The role earned McKellen his first Oscar nomination, and their new collaboration is just another reason why I’m excited for Beauty and the Beast.

Plumette is a feather duster in the original Beauty and the Beast. If I’m being honest, I didn’t remember that. I had to look it up. I remember Lumiere and Mrs. Potts, mainly because they had standout parts in memorable songs like Be Our Guest, which should be a showstopper in the new movie. Does Plumette have a song inBeauty and the Beast? If she does, I can’t recall it. Let me know in the comments.

I won’t have any troubles remembering Gugu Mbatha-Raw, though. The powerful actress has commanded our attention with breakout roles in Beyond the Lights andBelle (not a Beauty and the Beast spinoff). She starred opposite Will Smith inConcussion, and has a part in Matthew McConaughey’s Free State of Jones. ButLights proved she can sing, so we expect a few memorable moments in Beast.

Also joining the ensemble will be the incomparable Kevin Kline in the supporting role of Maurice, Belle’s father. It’s a modest role, and one that disappears from the story for long passages as Belle stays locked away in the Beast’s castle. But it will be important for Kline to establish good chemistry with Emma Watson early, so we are compelled to root for this distraught father while he searches the land for his lost lass.

And man, is Kevin Kline that old now?! Look at Maurice in the animated version. He’s a grandpa. I guess I’m surprised that the distinguished and undeniably funny Kline can play a role that age. But the Oscar winner is in his late 60s (67, to be exact), and has matured into the position of an elder statesman. He’ll bring class and dignity to a production that already had plenty. Adding Kline to your cast always qualifies as a good thing.

Don’t remember Cadenza? Don’t feel bad… he’s a new character! Variety reported back when Tucci was added to the cats that he’d be playing a grand piano, who is being described as “a neurotic maestro.” That sounds like he’ll fit right in alongside the likes of Ewan McGregor, Sir Iran McKellen, Emma Thompson and more.

Tucci’s probably looking for his next franchise, now that the Hunger Games  movies have drawn to a close. Yes, he had a strong supporting turn in the Best Picture-winning Spotlight, but we’re willing to bet that Beauty and the Beast will play before three-times the amount of people who check out that brilliant drama, so hopefully Tucci will be recognizable, and not buried under makeup the way that he was playing Caesar Flickerman.

The post: The Beauty And The Beast Cast Is Looking Pretty Great, was published at: CinemaBlend