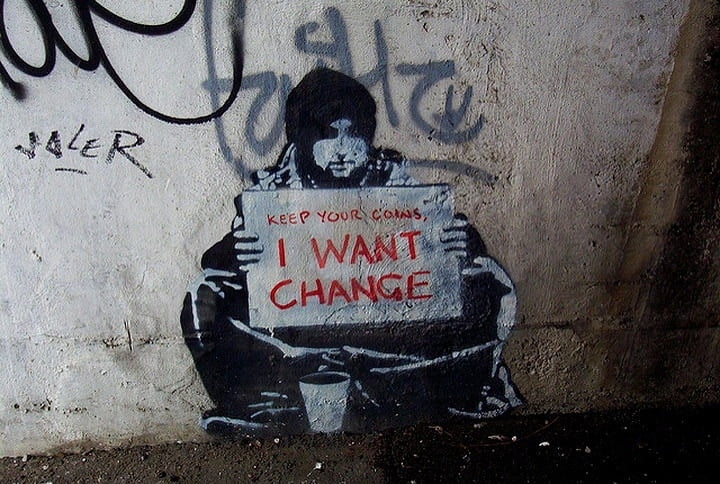 Graffiti and Its Reflection on Culture0 (0)

There is a book called “Graffiti Lives: Beyond the Tag” written by Baruch College Sociologist, Gregory J. Snyder, that argues that graffiti writers can’t be understood when looked at as simply people who vandalize and wreak social disorder. They also need to be viewed as members of a subculture that is diverse and who use the experiences they have to build careers that are legitimate.

Are they though? Let’s take a quick look at a bit of graffiti and how it reflects on culture, or maybe how culture influences the art. 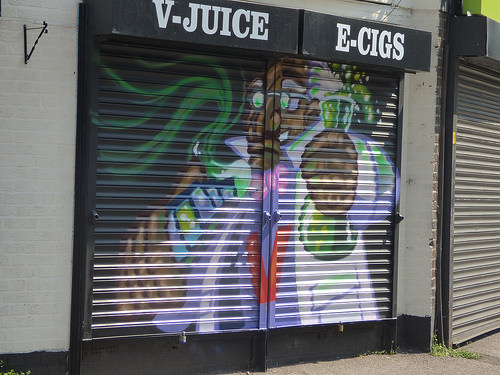 More and more people are mobbing from smoking cigarettes to vaping. People are starting to vape when they never smoked before too. This is because you can get the vape juice without any nicotine at all in it. The thing about vaping is that you can get any type of vape box you want so the liquid choices are as diverse as the people using them. You might be wondering exactly what that has to do with graffiti too. You can find vape shops all over the world with graffiti art on them, sometimes inside and sometimes out. This popular counter culture choice is becoming more mainstream, but the art is still pure graffiti. 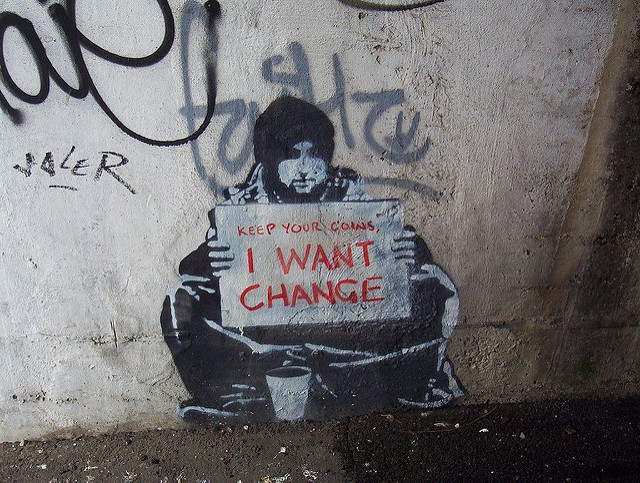 You might have heard of Banksy. He is a street artist who mainly plies his trade in England. He is known for street art that is ultra-realistic and sometimes has a political bent. He did one in Calais of Steve Jobs reflecting the situation with the Syrian refugees. See, at least one of Steve’s parents migrated from Syria. He also is known for works that plead for change in the world – like this one that shows a homeless person asking not for coins, but for change.

Speaking of refugees, there is quite a bit of street art, or graffiti, dealing with the subject. We have heard ad nauseum about the refugees from Syria, but in reality, they are only a portion of all refugees. There are refugees from quite a few war-torn countries, such as Eritrea. In fact, when it comes to Europe, there is an average of two child deaths by drowning EVERY DAY, and these kids are just trying to reach a safe place in Europe.

Some street artists use their work to promote awareness about a variety of situations. The refugee situation is just a single one of those. 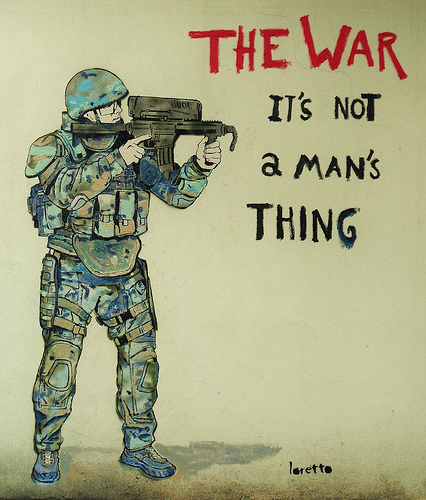 Image Credit: I’m trying to collect the work of loretto

Oh, there are so many things to say about war. And they have been said, over and over again. It makes no difference; the wars go on. Whether it is government leaders having a “who’s is bigger” contest, or people fighting over religion, oil, or anything else, war is simply something that has become too commonplace. We are all used to it, and we shouldn’t be. There is plenty of graffiti related to war too, such as this one. 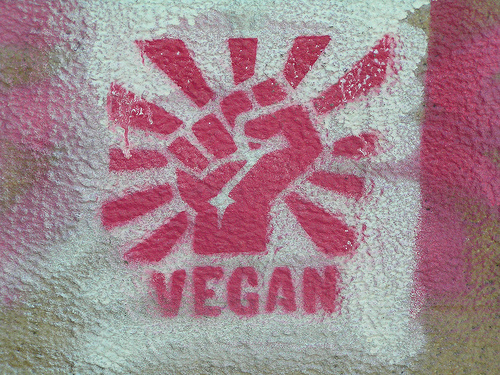 You might equate vegans with peace and tranquility, but not all of them fit in with that stereotype. Some of them have been using graffiti as a way to spread their message and beliefs in places that you might not think would be good for graffiti, such as nature reserves. There is actually a group of vegans in Hertfordshire, England, that has become known as the “Vegan Vandals”. They sign their graffiti with that name at least. Some of their messages have to do with not drinking milk from animals, and others have to do with leaving animals alone altogether. Other vegans adhere their graffiti to other, more appropriate locations and their messages are more in the form of showing solidarity, such as this one.

There are plenty of reasons for graffiti, and not all of those reasons have to do with punk kids just out vandalizing property because they can. Graffiti has its place in cultures around the globe and deals with some of the toughest issues that are faced in whatever country they happen to be in. You can actually get the measure of a new place if you pay attention to the graffiti, and you know what to look for.

“Neighbors” by Mark Maksimovich and Alex Novitski in Poznan, Poland0 (0)

No Thoughts on Graffiti and Its Reflection on Culture0 (0)