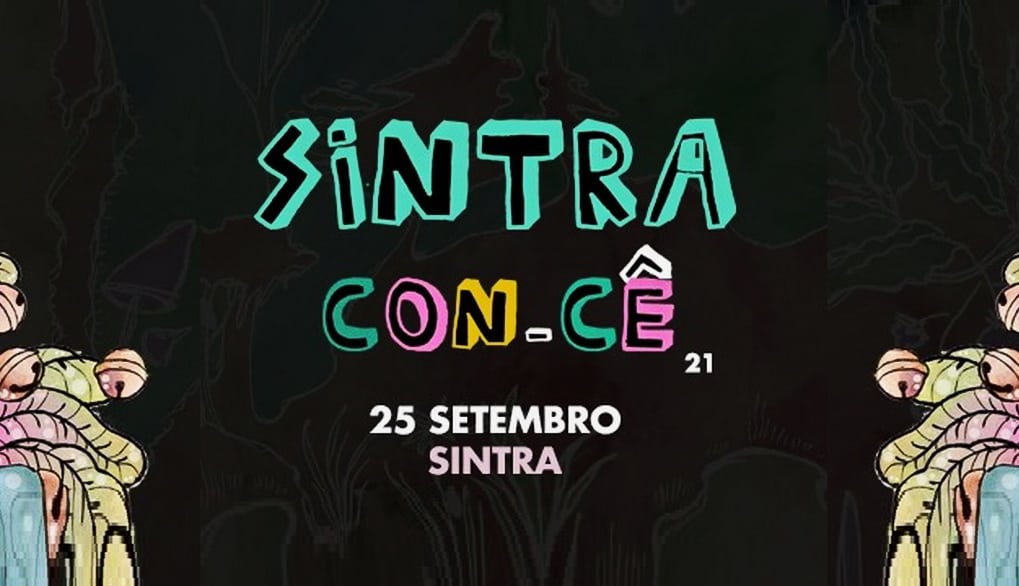 Last September 25, in Sintra, the third edition of the «Sintra Con-Cê» (SCC) festival was held.

Project of the Apertum Ars Youth Cultural Association (A3), in partnership with the Dínamo Youth Cultural Association, op festival Cintra con-cê is part of the Claraboia Movement. This year's event was based on a Open Call  for emerging artists between 16 and 30 years old, and who presented short films, music or plastic arts. And it is with this interdisciplinarity that the festival is organized.

The program was divided into 3 spaces: the stage, the jungle and the screen. In these, music and talks  on sustainable agriculture, social development and urban art; the plastic arts area, with exhibitions, live music, occasional workshops, and exhibition of short films and a feature film, in addition to the food and beverage area.

Laura, from Artes & contextos spoke with Nuno Cintra and Giulia Dal Piaz, directors of the festival. 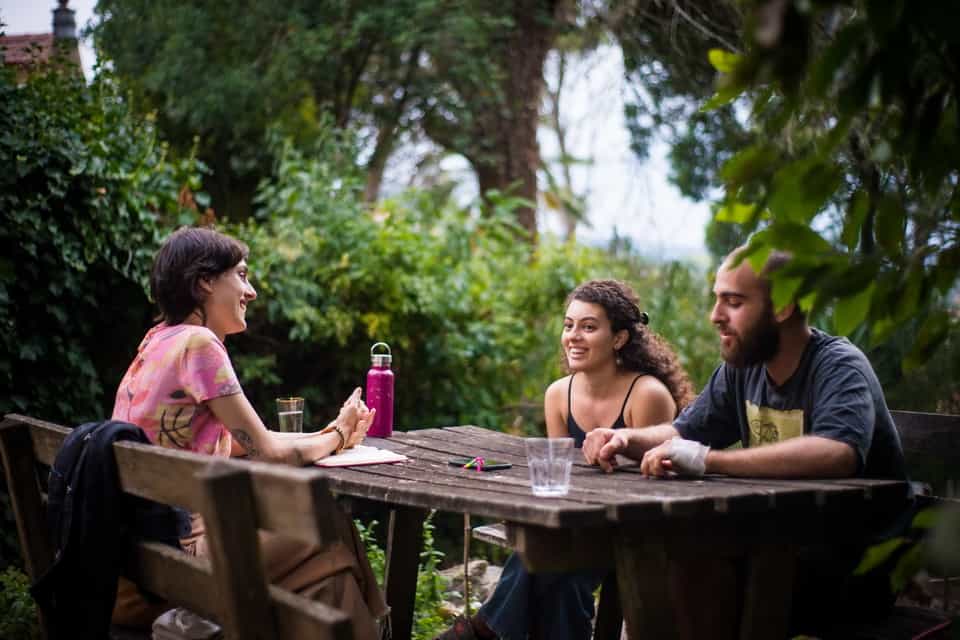 Artes & contextos: Tell us a little about the Claraboia project and the two associations – A3 and Dínamo – that are behind the Sintra con-cê Festival.

Nuno Cintra: Maybe I'd better be the one to start talking. I'm in the A3 association, which is in Mafra, and every year they organize a festival called «Open Day to the Arts», where more or less what happens here happens. The space they have is a garden of a house, in this case, this year it was two days, and it includes exhibitions, concerts and a party reserved for members. I joined this association because I would also like to do something similar in Sintra, I have some artist friends, and I would also like to help them. So I joined them, and we created Sintra con-cê (SCC) as an A3 project. I joined the Association, and from here Claraboia was born. There are more and more people joining. The Skylight takes place in Sintra.

Giulia Dal Piaz: Dynamo is an association more focused on the social context. And joining Skylight to Dynamo made sense. As the SCC already existed, we placed the festival as a Claraboia project. This year we have already held a concert, a debate on culture in Sintra, the launch of Lá Magazine, a short film festival and now Sintra Con-Cê.

A&c: So where does SCC come from? That after all already existed a priori?

NC: Basically it's a funny story. I live here, and this garden had not been used for a long time and this was a completely enclosed space. I spoke to a friend and told him it would be nice to do some concerts here. One hundred and such people came out of a joke, and it became a hubbub in Sintra. We repeated, and the following year we gathered more people, we also included exhibitions, short films, we rented a better sound system, and bands came to really play, and there were already 300 and such people. It was felt that it made sense to continue, but with the pandemic we stopped. This year was a decision, but it had to be with financial support, so as not to be a wasted investment, given that the first two editions were our own investment. We also did a open call, has become something more formal. Here everyone is a volunteer, and each one gives something of himself, creatively and streamlines the organization, preparing the space and thinning the bush, for example. It's a backyard festival, and that makes it special.

A&c: So, what are the differences that you notice markedly, between the other editions and this one?

NC: This time the concerts are made by bands, a real performance, the exhibitions also have more people. The preparation time is much longer, but with the restrictions we had to limit the space entrances a lot. Even the choices depend a lot on the type of music, which doesn't make people want to dance too much, and they have to be seated. Well, it is like that.

GDP: We really have to comply, ensure that everything runs smoothly. It's boring, and it breaks the vibe  of the festival, but it doesn't stop it from being done!

A&c: In your opinion, what is the importance of this type of events at a cultural level, for the young mass, considering that you are young and are behind this organization?

GDP: Give opportunities to emerging artists, and even at Claraboia we are very open to projects. It is important to give space and opportunity, otherwise ideas die. It's all very much about Lisboa, and we want to bring the culture here. Sintra is a giant municipality, with urban areas, it's not just the Serra and the Palaces. And demystify that you have to go to Lisboa to consume culture.

NC: As there's nothing around these parts, it's immediately obvious what you do. The skylight itself does something and stands out right away. Also because it is well done and organized. Sintra is the 2nd municipality in Portugal with the most young people. Organizing these events has a big impact, even on what the county will produce in the future. Often, those who are important in the area of culture in Sintra do not want to hear what young people have to present. They said a lot "it doesn't make sense!".

NC: Sintrenses events are not advertised on Lisboa, but the opposite is true. It doesn't make any sense! It's so important to do it, and access is so easy. People at the chamber think there's no demand.

A&c: In short, what can we expect from SCC this year?

NC: Much more solid concerts, same type of atmosphere, but at a more professional and mature artistic level. We do not charge a ticket, you just have to be a member and pay a fee. For almost nothing, you can attend a festival, full of art and culture, with volunteers who got to work!

A&c: And the adhesion to the open call, how was it?

NC: It went really well! We were afraid of not receiving applications for exhibitions or short films, but suddenly good things came up! We adopted stricter criteria in the end, due to the lack of time and staff to deal with the applications, but it went well. It is curious that 99% of the musical applications were boys or people who identify themselves as such, and in the arts it was the opposite. The discussion focused on this equality that did not exist. It's something you can see nationally, even! Why isn't it?

A&c: And finally, in your opinion, what is missing in Portugal for the dynamization of a better artistic culture?

NC: In Lisboa turns out to be routine. If we take into account, 50 years ago we had a high rate of illiteracy. We cannot expect population erudition so suddenly. And there still isn't that much money to access culture. And, the state cannot constantly be funding projects.

GDP: Culture is a market. You have to want to consume and be willing to want to pay for it. Sometimes they prefer to pay a €4 ticket to see a Marvel film, than to pay the same to go to an exhibition or festival like the SCC. And elitism in culture also turns people away.

NC: It is necessary to start with free access and get people used to the culture and enjoy it. It is important that this is true even in the rest of the country. People get used to it, they will start to make themselves available to pay.

GDP: Goes a lot through financing and believing in new projects. In the hope that in a few years this can become financially profitable as well.

NC: It is important to note that many entities that give you financial support require you to have self-financing of some kind, which is sometimes 5% or something like that. That means you're going to charge box office, and that's nothing for the sponsoring entity. But it turns some people away. If it was free entry it would be easier. If ticketing is not charged, access is much easier. Unfortunately, the structure of self-financing does not make it possible.

GDP: Consuming culture should be a habit. You should want to pay for one thing, because artists get paid too, but if you've never paid for it, how can you convince people to do it? 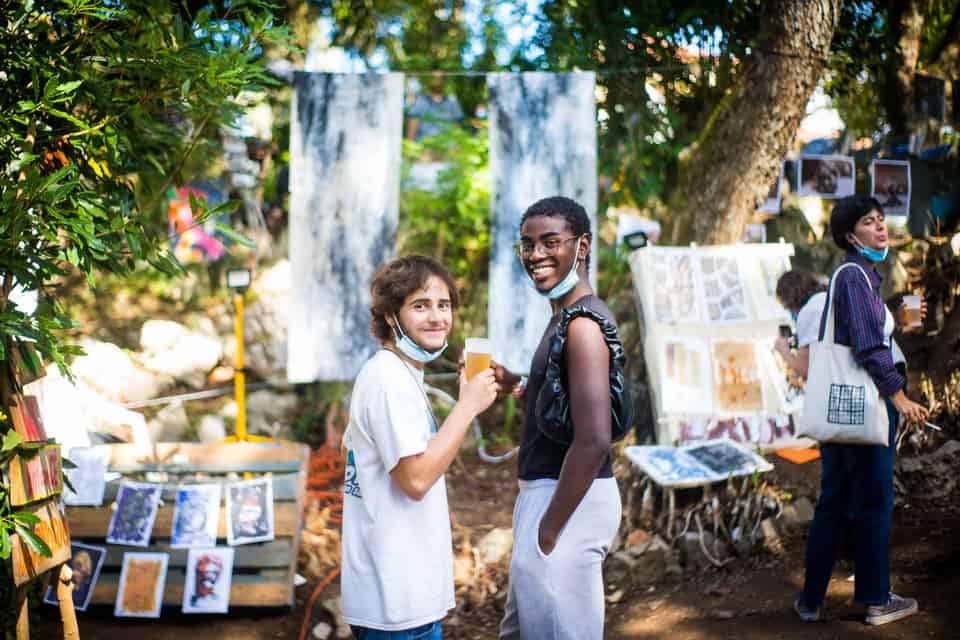 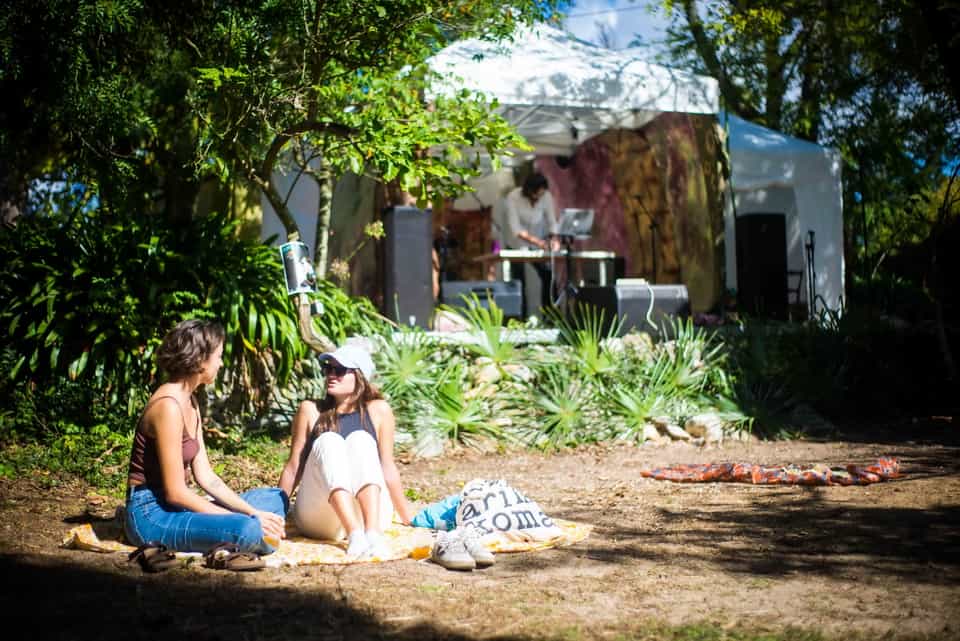 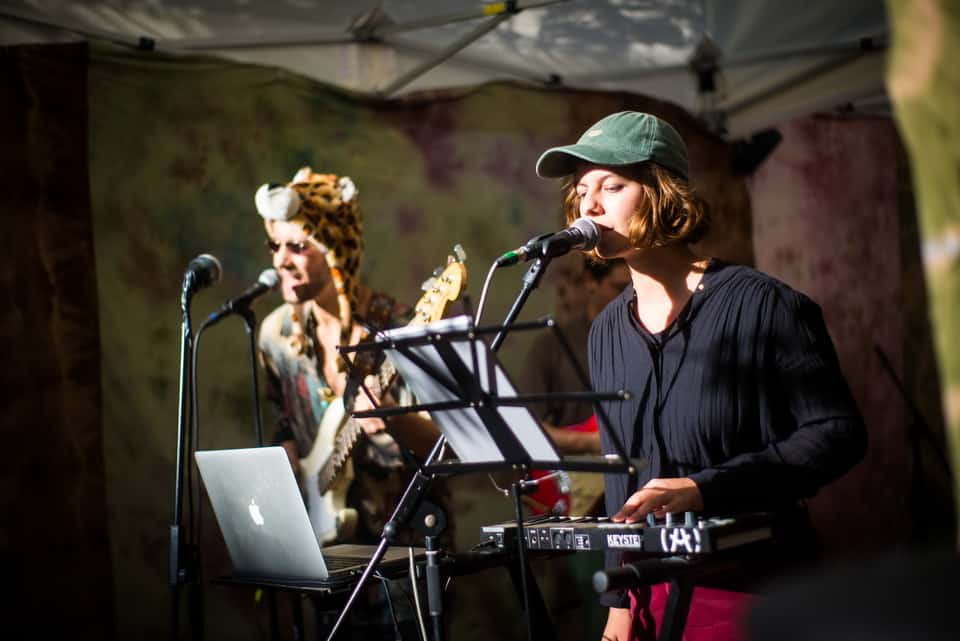 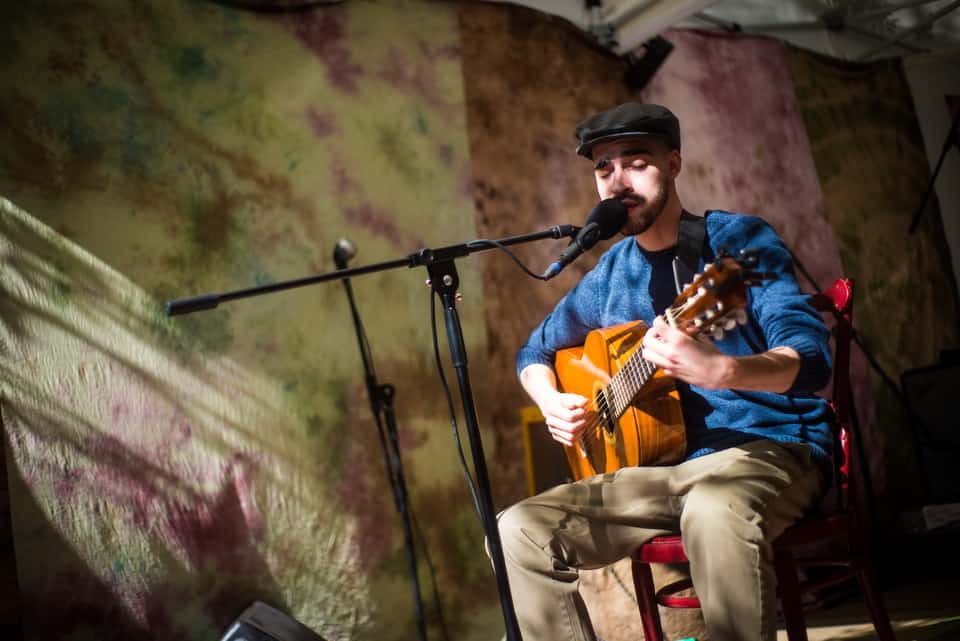 The event had the following poster: 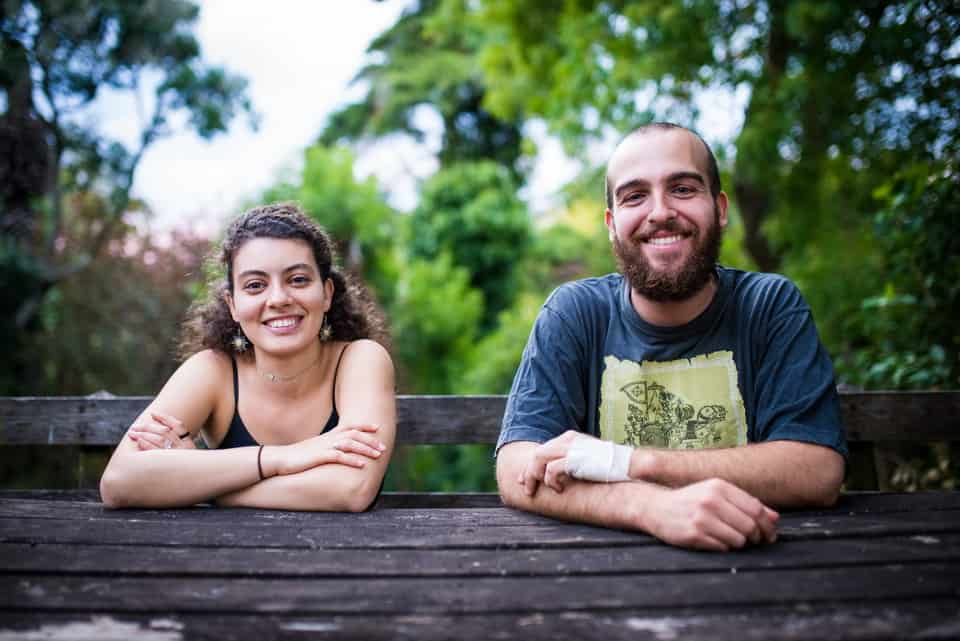 And after another edition of «Sintra con-cê», with a huge success, it remains to be hoped that many more will happen.

Graduated in Art History, passionate about art and photography, with the motto: life only begins after a good coffee, and a painting by Velázquez.

Say it! Building Bound to the Ground

Graduated in Art History, passionate about art and photography, with the motto: life only begins after a good coffee, and a painting by Velázquez.