Lux was Selected for the Short Film Corner in CANNES

The LUX short film that won the Over & Out festival in 2015 at Universidade Lusófona, which rewards the work of students from that university was, according to the website SHIFTER and confirmed by the director Bernardo Lopes, selected for the Short Film Corner of the Cannes Film Festival.

After the “internal” presentation at the festival, at the Manoel de Oliveira room at Cinema S. Jorge on Lisboa, LUX left on a trip. Was present at  World of Film: International Festival Glasgow, then returned home to the  Lisbon & Estoril Film Festival, from where he went to the Certamen de Cortometrajes Visualia 2015, in Spain, to the European Cilect Prize, to the Frames Film Festival, in India, and then to the Mauvais Genre Festival in France.

The team also launched the Lux Road Trip Tour, in which four of the team members will travel the country from north to south in motorhomes, between the months of May and June, to present the film. During this trip, they announced, however, they will shoot a feature film about it.

read on here our interview with three of the team members, published last October: Talk about LUX. 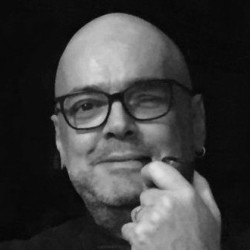 Follow me
Rui Freitas
Journalist, Director. Degree in Art Studies. He writes poetry and short stories, paints with almost everything and digresses about the arts. It is an irrecoverable dilettante.

Journalist, Director. Degree in Art Studies. He writes poetry and short stories, paints with almost everything and digresses about the arts. It is an irrecoverable dilettante.