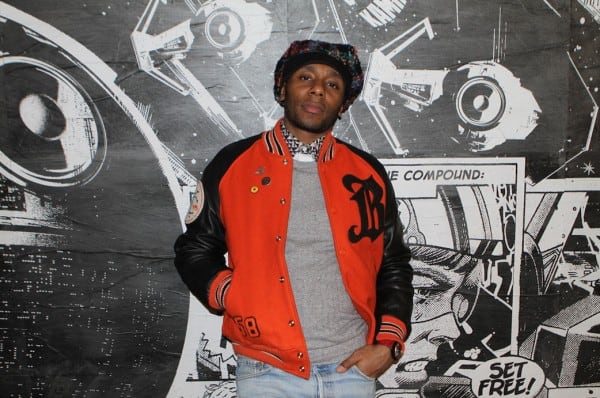 The mighty Mos Def (n/k/a Yasiin Bey) has a Hip-Hop career that spans well over 20 years. The Brooklyn, New York MC burst on the scene care of major appearances alongside De La Soul, Da Bush Babees, and DJ Honda—but he had his own thing brewing, even before Rawkus Records and Black Star.

Even some historians lose sight of UTD. Urban Thermo Dynamics was a circa 1994 vehicle that would bring the B-Boy into the studio with band-mate siblings Ces and DCQ (a/k/a Medina Green DCQ). In ’95, the trio cut “Manifest Destiny” a Diamond D-produced single that would ultimately lead the group to sign a deal with Payday London Records. Although the material never dropped (officially, anyway), heavy-hitting producers such as D.I.T.C.’s Showbiz, as well as Salaam Remi and YZ.

“Manifest Destiny” would get a video though. The production found the BK massive out in nature, and in the city, kicking “the family cypher.” With sepia filters, Ces, then a gold-fronted Mos, and then DCQ all rock their rhymes. This is purebred Underground Hip-Hop, nearly four years before Mos Def & Talib Kweli Are Black Star.

Mos Def and Diamond would link again on Black On Both Sides.

#BonusBeat: Here is what is believed to be UTD’s first 12″ release, the Salaam Remi-produced “My Kung Fu”:

The post: Many Have Never Seen Mos Def’s First Music Video. Here It Is., was published at: AFH Ambrosia forHeads