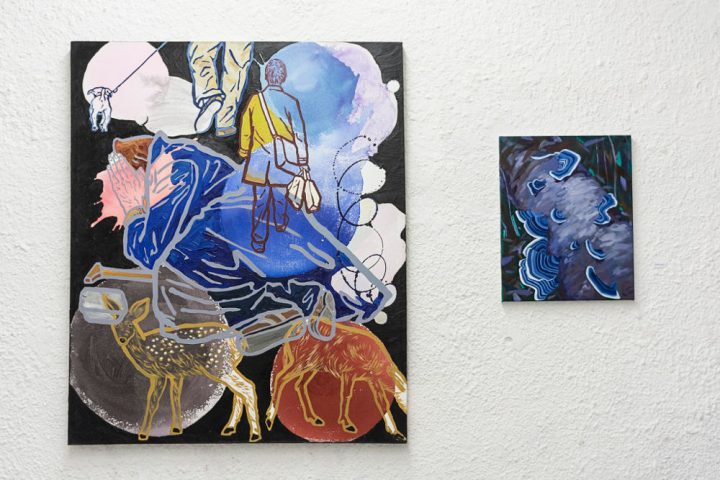 #universalart – Exhibition offers a journey through universal art from a modern perspective – @artdaily.org0 (0)

PARIS.- Jean-Hubert Martin presents a unique exhibition featuring an innovative concept: to break down the barriers of our traditional approach to art, to transcend the borders of genres, eras or cultures and talk to each person’s imagination.

The exhibition offers a journey through universal art from a deliberately modern perspective. Over one hundred and eighty works, from across all eras and cultures, are grouped according to their formal or mental affinities. The works presented, which are often unusual and selected for their strong visual impact, correspond to contemporary questions or choices, irrespective of the original context.

They are arranged in a continuous sequence, like a narrative film, where each work depends on the previous one and announces the following one. In a progression that allows for visual thinking, educating the sensitive and the surprises of art, visitors wander among works by Boucher, Giacometti, Rembrandt, Man Ray and even Annette Messager.

The artists constitute a wealth of visual references drawn from art history. They are chosen freely, not following the processes and categories of knowledge and their references can be both formal and semantic. For Ingres, Picasso and many others, it is not the authenticity of the work that is important, but its memory, its obsessive presence and its impact. Many artists create collections, such as André Breton and the collection of odd objects that are given meaning through the Mur de l’Atelier. The work then draws some of its significance from its surroundings. Others have brought about imaginary museums. Daniel Spoerri organised a series of exhibitions entitled “Musées sentimentaux”, the first version of which was presented at the Centre Pompidou in Paris in 1977. Objects were brought together for their capacity for evocation and suggestion. The affect carries it through the aesthetic. The object becomes a living memory for the collective imagination.

Curators are increasingly preoccupied with the issue of finding a new order, which is not that of art history and its inevitable chronology. The trend of art history embodied by Warburg, Gombrich and Baltrusaïtis is today enjoying renewed interest and inspiring studies and exhibitions. The cross-cultural view that they have of art (their broad approach not stopping at high art and their use of comparatism) is used, as much as the example of the artists, as a basis for discussion for this project.

This unrestricted concept for the assembly of the works, obeying criteria that are not exclusively historical, is often found in past and present private collections. The museum has opposed its spatio-temporal order, except in a few cases where donors have demanded that their presentation is fully preserved, for example the Soane Museum in London, the Pitt Rivers Museum in Oxford, the Musée Condé in Chantilly and even the Gardner Museum in Boston. These museums are experiencing renewed interest among both the public and experts, all spellbound by the surprises that their presentation, based on formal or mental affinities, has in store.

This exhibition, freed from the principle of a theme, covers all kinds of subjects which are linked through an associative logic. It is the format and expression of visual thinking which is the basis of the artistic creation.

The works presented come from prestigious establishments such as the Bibliothèque Nationale de France, the Centre Pompidou, the Musée du Louvre, the Musée National des Arts Asiatiques Guimet, the Musée du Quai Branly and even the Barbier-Mueller Museum in Geneva. They are brought together, not with the intention of immersing the spectator in history, but rather of offering him a glimpse of the desires, fears or hopes of humanity that reflect his own. While a few treasures should delight the initiated, the exhibition aims to target the widest possible audience, and in particular those who have no knowledge of art history, causing shock, laughter and emotion.

Ex-voto antique, modern pieces, Western and Eastern paintings are combined in a sensitive ballet according to a set of visual, analogue or semantic connections. An entertaining travelling exhibition for every audience.

The post: Exhibition offers a journey through universal art from a modern perspective, was published at: artdaily.org

No Thoughts on #universalart – Exhibition offers a journey through universal art from a modern perspective – @artdaily.org0 (0)