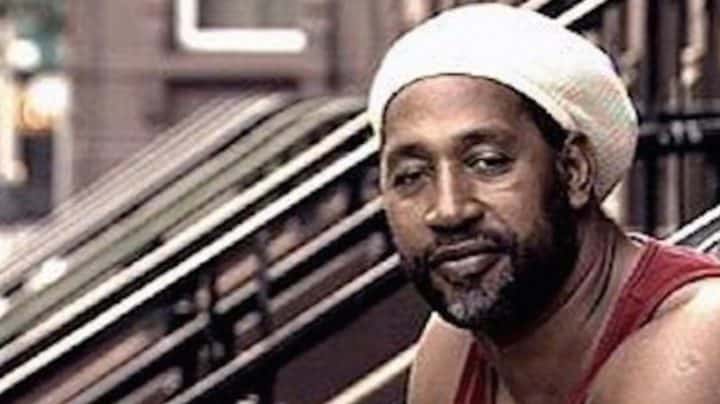 DJ Kool Herc interviews, especially with much depth and room for conversation are a scarcity. It is astounding how Hip-Hop music’s credited founder lives in the Bronx, New York today, with relatively low profile. The Kingston, Jamaica native known as Clive Campbell is not a public figure, despite his groundbreaking contributions to a multi-billion dollar culture-turned-industry.

Herc was a guest on the Combat Jack Show last week, where the pioneer and godfather of Hip-Hop really broke down some oft-misunderstood parts of his story, the creation of Hip-Hop, as he opines on some deeply surprising elements surrounding his legacy, and the current state of Hip-Hop.

Much of Herc’s personal story is unknown. The interview opens with Clive Campbell recalling his upbringing in Trenchtown, the same Kingston garrison that yielded Bob Marley, who grew up just spitting distance away from Herc.

Combat asks Herc a question that’s been on many minds for years. While Hip-Hop’s other pioneers such as Afrika Bambaataa and Grandmaster Flash made hit singles, and later albums, Kool Herc never did. More than that, his mixtapes were never sold. Instead, show-goers bootlegged Herculoids performances and sets, something Combat Jack says he heard while growing up. “I never focused on making tapes, I’m busy playin’ and lookin’ after the flock.” This shepherd notion of “the flock” is a recurring image to Herc’s views on his role, and Hip-Hop. Early in the interview, he adds, “My baby’s still growin’. I see it goin’ through its evolution.” Later in the interview, he says, “My record is Hip-Hop” as far not having a hit single, but rather, a whole genre to his credit.

Asked about media in his Jamaican home, Herc cities Bing Crosby’s White Christmas—quite the opposite of what Heads may expect, and the 1950s TV sitcom “Dennis The Menace,” as memorable influences.

(18:00) Kool Herc explains his name. The conversation grows on the Hip-Hop vernacular and lexicon created by he and MC Coke La Rock. Notably, Coke—who rolls with Herc to this day, got his name due to “Coke-bottle glasses,” an aid to his poor sense of sight. Herc credits Coke for coining phrases like “Rock, and ya’ don’t stop,” and throwing “my mellow” and “ski” after names.

(24:00) Herc admits that throughout the 1970s and even contemporary, he frowns upon “practice.” He discusses the importance of shout-outs at parties from the DJ and MC. Herc also says that he referred to the turntable and finding the beat as “merry-go-round,” following the break of the record.

(30:00) DJ Kool Herc discusses some of the records he personally brought to Hip-Hop. Calling Incredible Bongo Band’s “Apache” (used by Sugarhill Gang) “the national anthem” of Hip-Hop, Herc highlights Whole Darn Family’s “Seven Minutes Of Funk” (later used by Jay Z), and the now-popular part of Jimmy Castor Bunch’s “It’s Just Begun” (a friend named John Brown allegedly first played the record at jams). What’s even more surprising is Herc (thanks to great questioning from Combat Jack) says he broke Heatwave’s “Always & Forever” to parties as an integral slow-jam, as well as Frankie Beverly And Maze’s “Before I Let Go.” “I broke that…a lot of them,” says Herc, who says he does not want to be pigeonholed into just Funk and Rare Groove. “My records uplift stuff, a lot of ’em.”

(50:00) On the subject of opinions, Kool Herc asserts that the sound-system is Hip-Hop’s “Forgotten element.” Listening to Herc’s terminology of equipment, such as “the brain” is quite fascinating. The DJ also proves to be a vast technician in adapting speakers and equipment to create a quaking sound that made him a supreme selector in the 1970s and beyond.

(58:00) Herc recalls the 1977 New York City blackout, describing a very different Bronx and New York City than Heads know today. On the subject of Fatback Band’s “King Tim III,” Herc lambasts it as the “First wack Rap record.” This is just one of the moments Rap music went mainstream that Herc bemoans. Mourning Big Bank Hank, who Herc knew in the ’70s, ’80s, and more recently, he has no problem stating. “Sugarhill Gang robbed Hip-Hop.” Combat Jack quickly adds, “But created it at the same time.” Interestingly, Herc agrees.

(1:00:00) The last hour of the interview gets personal once more. Herc recalls going to rehab, and dealing with the cocaine (and crack) epidemic of the 1980s. Herc admits that his own addiction struggles began with the unexpected death of his father. He later cites that Richard Pryor made cocaine and free-basing cool to the mainstream, perhaps a testament to his own shyness amidst Hip-Hop’s massive rise.

(1:10:00) Combat Jack presses Herc about a near-fatal stabbing incident, sometime in the late 1970s and 1980s. Herc explains how the event was a misunderstanding, and admits that he frequently sees his assailants to this day—who flee when they see the pioneer.

(1:18:00) Kool Herc admits that it was 25 years after he says he created Hip-Hop that he first went overseas. Courtesy of the Marlboro Tour, in 1996, the Jamaican went to Germany to spin. Admitting that Italy is among his favorite destinations, the founding father of Hip-Hop notes, “I’ve never felt any racism when I’ve traveled.”

(1:32:00) In the closing minutes of the interview, Kool Herc opens up about the money he and fellow pioneers do not receive, despite a billion-dollar industry. Herc notes that all he wants is this: “Give me a key to the club.” It’s unclear if Herc means recognition or a lifetime pass to touch and feel the live element of the music, but it’s poignant. Additionally, stressing that he wants “no money,” Herc admits that with vast royalties, he would be inclined to start a charter school.

(1:34:00) For lovers of soundbytes and surprises, Combat Jack asks Kool DJ Herc (as it is also written, at times) his Top 5 DJs. From the start, Herc cites current HOT 97 personality and onetime Notorious B.I.G. backer, DJ Enuff. “[He] comes from an angle where he plays stuff I would play,” says Herc. He follows with fellow Bronx delegate, Lovebug Starksi. “[He] got my style in him, got his own [too].” Another B-X legend is next in DJ Red Alert. Herc then spotlights EPMD-Flipmode Squad royalty, DJ Scratch. He closes with Japan’s DJ Vince.

Next upon, Herc cites his Top 5 MCs, where things get really interesting. He begins with Grandmaster Melle Mel, of Grandmaster Flash & The Furious 5. “He’s the king,” Herc says earlier in the interview. Next, he gives credit to an MC who dedicated a song to him, KRS-One. The last three may be extremely shocking to some Hip-Hop purists. Number 3 is Lil Wayne. “Very witty,” observes Herc, of the Young Money founder and New Orleans, Louisiana superstar. He then moves to Kanye West, who he calls, “more technical than Weezy.” Lastly, Herc cites “Breezy,” better known as Chris Brown. Notably, Chris established himself as a singer long before he crooned some raps on record. Reacting to Combat Jack and Premium Pete’s surprise, Herc states, “This is me, brother.”

This interview is one for the archives. Due to his dialect and habit of speaking, DJ Kool Herc is not always the easiest to follow in his memories. However, Hip-Hop music’s long-presumed founder gives The Combat Jack Show his undivided attention, and tackles questions personal and fact-based for this thing that we all love.

AFH readers local to New York, look out for Herc, Big Daddy Kane, Kurtis Blow, Biz Markie, and many more at The Bronx’s Andrew Freeman Home on April 25 for a massive performance, only $20.

What would you like to ask DJ Kool Herc, if you could?