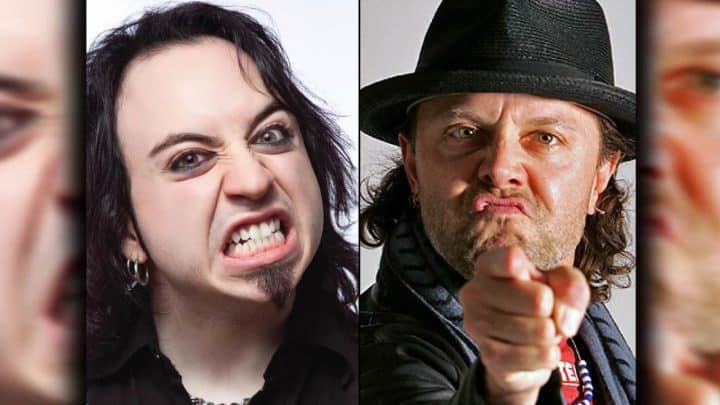 Metallica gave permission for Canadian tribute band Sandman to use their logos for a fee of just $1 – which the metal giants even paid themselves.

This week it was revealed that a lawyer representing Metallica had sent a 41-page cease and desist letter to Sandman, ordering them to stop using their name, font or logos to advertise their shows.

Frontman Joe Di Taranto – who is also a member of Warmachine – posted an image of the front page of the legal letter online. And when Metallica got wind of it, they told Sandman to file it “directly in the trash” and said they supported all tribute bands.

Now Taranto tells Mitch Lafon that, in fact, Metallica gave his band the licence to use the name and logos for just $1 – and never even asked for the cash.

Di Taranto says: “I just got off the phone with Metallica’s management and they and the band had no idea their lawyers sent us the papers. Lars got wind of everything today and was completely pissed that they sent us the papers for something so stupid.

“They are really sorry about everything and want us to go back to using any logos that we want. They are even going to license us the logo for $1 – which they said we don`t even need to pay. So all in all they were really cool and wanted to make sure we know that they fully support us. Pretty crazy. All good though.”

Metallica are working on their 10th album, although they have said they won’t be rushed into releasing it.