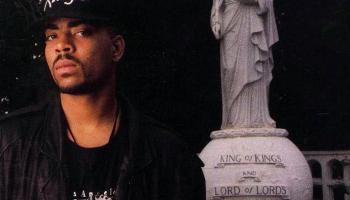 In all genres of music, the term “classic” prompts debate. Cultural conservatives argue it is used too freely, and often stamped on works of art prematurely. On the other hand, liberally-minded art patrons maintain that placing restrictions on calling an item classic misses the point entirely. Especially with so much music coming out, in all levels and channels—naturally, a few works will forever endure.

These two schools of thought meet in the middle, as they seemingly must. In Hip-Hop music, a genre that only has existed on albums for 35 years, this case-by-case debate runs fervent. Like Jazz, Hip-Hop itself is a broad taxonomy. Within, there is singing, there is instrumental music, Spoken Word, and more. Over the decades, Hip-Hop’s relationship with Disco, R&B, House, Rock, and even Jazz has varied. Few cultures are more organic, and remind its fans of that as often as Hip-Hop. Where it is going in 2016 or any year is a point of speculation.

In anything, classics are what we hold onto as benchmarks of greatness. In his meteoric early 2000s mainstream rise, 50 Cent studied KRS-One and Boogie Down Productions. As Get Rich Or Die Tryin’ positioned itself as a take-by-force industry shakedown album, Curtis Jackson studied KRS and Scott La Rock’s Criminal Minded. The B-Boy Records album was not a sales juggernaut in 1987, but set the tone for a tipping point manifesto. The album brought the old Rap guard a sense of unease, and proudly signaled its listeners that the new wave was entering.

As a people who learn from looking backwards, classic are things we all come back to. Levi’s bluejeans, 1959 Cadillac taillights, the Big Mac. Whether fashion, food, art, expression, some things just weather the ages with grace.

In Hip-Hop, authenticity is the biggest quality to making a classic. Ideally, most works are from an authentic place in an artist’s mind, spirit, and vision. Not all of these succeed. However, in looking in reverse, Nas’ Illmatic is relevant because of its innovative flow, introspective songwriting, and game-changing production. But in listening to “NY State Of Mind” 21 years later, one can hear the man vs. world conflict in the 21 year-old from Queens looking to survive long enough to make his mark on the world. In the film Straight Outta Compton, audiences can see how Ice Cube’s anger, Dre’s angst, and Eazy-E’s hunger all came from a very real place. The albums that copied, pandered, and played as disingenuous are rarely the ones in repressing, stamped onto t-shirts, or discussed at length in interviews by the new guard of creatives.

Right behind authenticity is originality. Time tells all. More than 20 years later, Heads can plainly see the impact of Three 6 Mafia, UGK, and Outkast. Often marginalized in the mid-1990s, these acts not only fought to put on for their various cities and regions, they did so with sonic styles quite contrary to their peers. Twenty years ago, at the 1995 Source Awards, Big Boi and Andre 3000 were famously booed when Outkast took home “Best New Artist, Group” honors. It’s quite plausible that it was the last time Outkast would—ever—be jeered. Even before the wigs and playful plaid, Outkast challenged the status quo of Hip-Hop. Southernplayalisticadillacmuzik found its own frontier, and planted a flag.

Beyond originality, substance also helps certify a classic. Public Enemy’s It Takes A Nation Of Millions To Hold Us Back may be one of Hip-Hop’s greatest albums because of its potency. Chuck D attacked media, addiction, numbing television, politics, and a litany of oppressors on P.E.’s sophomore LP. That message was matched with a sound as charged, filled with war-drums and slicing scratches. Nearly 30 years later, this Def Jam Records release is forever associated with Black Power, underdogs overpowering the system, and Rap with a message. On the personal side, The Notorious B.I.G. made a memoir album in 1994’s Ready To Die. From his mother’s battle with cancer to the conflict of hustling and being a father, and battling suicidal thoughts, Biggie Smalls’ opened his world on his debut. Not without its share of party cuts, the album went to places most MCs refused to go. Christopher Wallace’s personal courage was rewarded, and his effort became an archetype for just how far artists must go if they want a relationship with their audiences. While Kendrick Lamar and Drake’s music sounds very different from B.I.G.’s, they clearly have applied the lessons.

Although music is ultimately the vehicle, classic albums are also determined by an X-factor, the total package. The Beastie Boys’ outrageous music videos were supporting props to the trio’s amazing first five albums. Tupac Shakur’s life outside of Me Against The World only further contextualizes its mind-state and significance. You cannot think about MF DOOM’s Operation Doomsday without the mask, N.W.A.’s Straight Outta Compton without the black hats, or Eric B. & Rakim’s Paid In Full without the gold ropes. These are not just props, but touchstones that relive the moment, the attitude, and support the contents of the album.

As Hip-Hop knights its classics, these are the qualities that stand out. Regardless of the year something was made, the vitality of the label that released it, or the sales it encountered, the qualifiers never change. Albums by pop culture icons stand beside underground luminaries. Platinum and self-released are one in the same. The “classic” jacket can plainly be bestowed upon voices of social revolution as much as carefree party albums—both still achieving their purpose. Authenticity, originality, substance, and that X-factor will forever be the stat-sheet that we all, consciously or subconsciously check. These are the qualities that keep us coming back, telling our friends, and traveling backwards to go forward with our own musical journey.