While it is true that the Beatles' experiences with Indian classical music helped them transition between touring pop stars and avant-garde studio wizards, it may seem less obvious how seriously they took Indian classical music itself, even though the band introduced millions of westerners to Ravi Shankar and other Indian musicians (some of whom did not receive proper credit on albums such as Sgt. Pepper's Lonely Hearts Club Band and just went discovered decades later). 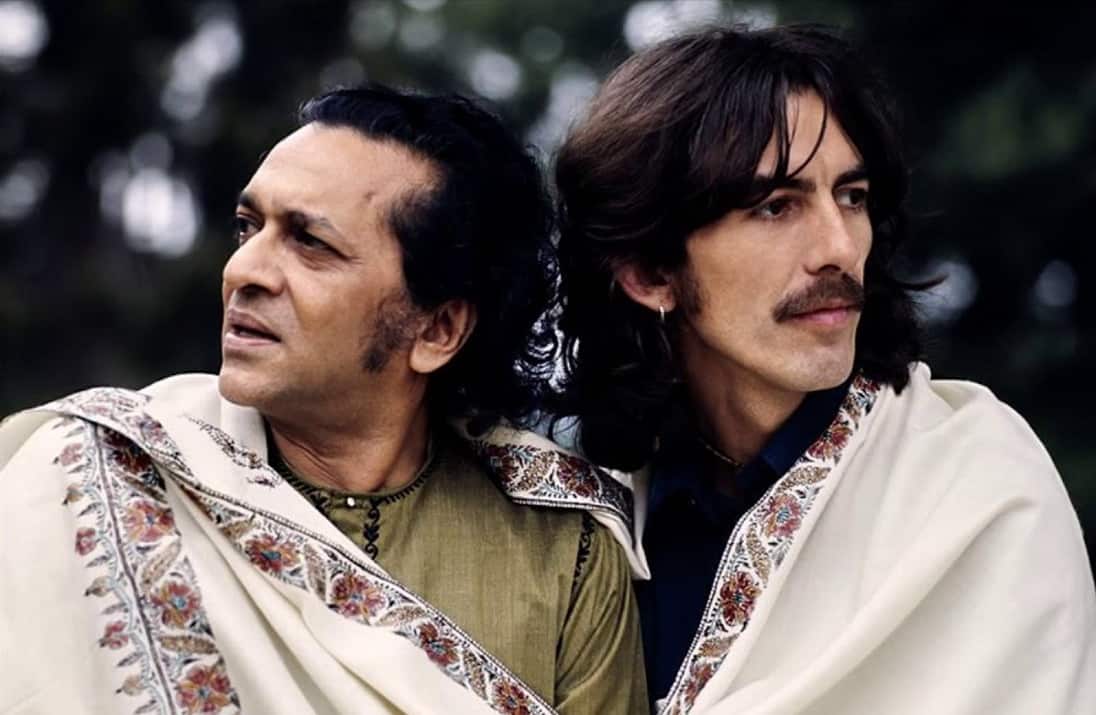 Because of the Beatles, the zither is indelibly associated in the West with the psychedelic, and classical Indian forms and instruments have entered the pop music vernacular to stay. But none of this means that the band set out to achieve these goals in their first adventure with oriental sounds.

This introduction came in the most unusual way during the production of slapstick from 1965 Help : a chase scene in an Indian restaurant in London. The Beatles regretted making the film, and they never fully understood it, even while they were making it. ("It was wrong for us," Paul McCartney later reflected. "We were guest stars in our own movie.")

The story featured a sinister and stereotypical "Oriental sect", as Lennon put it, and the restaurant scene, he said, was "the first time we had any knowledge of anything Indian".

Lennon later called the film “bullshit,” but reflected on its musical importance: “All the Indian involvement,” he said in a 1972 interview, “came out of the movie. Help!  Like George Harrison recalled, the restaurant scene was life changing:

I remember picking up the sitar and trying to hold it and thinking, 'This sound is funny.' It was an incidental thing, but in the meantime I began to hear the name of Ravi Shankar. The third time I heard it, I thought, 'This is a strange coincidence.' In the meantime I spoke to David Crosby of The Byrds and he mentioned the name. So I went to buy a Ravi record, played it, and it touched me at a point that I can't explain, but it felt very familiar. The only way to describe it was: my intellect didn't know what was going on, and yet this other part of me identified with it. He just called me… a few months passed and I met a guy from the Asian Music Circle organization who said, 'Oh, Ravi Shankar is coming to my house for dinner.' Do you want to come too?”

Harrison completed the visit with several weeks of study on Shankar (below playing together in Rishikesh, India) and the Asian Music Circle in London and began to apply what he learned from Shankar to Beatles songs. Within You Without You , in Sgt. Pepper's , for example, was based on a composition by Shankar.

The Beatles' first official release to feature Indian instruments did not involve any of the band's elements. It was before a medley of A Hard Day's Night ,  Can't Buy Me Love  and I Should Have Known Better , played on sitar, tablas, flute and finger cymbals for the restaurant scene and released on the North American recording of Help!

That same year, however, the band first used Indian sounds on the album Rubber Soul , when the zither appeared in the recording of Norwegian Wood . The track “needed something,” Harrison said. “We would usually start looking through the closet to see if we could find something, a new sound, and I took the sitar – it was just lying there; I still hadn't quite figured out what to do with her. It was quite spontaneous: I found the notes that played the lick. It fit and it worked", the song was billed as the first appearance of "raga rock". Shortly thereafter, Harrison composed  Love You To  for Revolver in 1966, a song that not only incorporated the hypnotic hum of the zither but also integrated classical Indian music theory into its composition.

In the video at the top, pianist and teacher David Bennett demonstrates how the Beatles didn't just take the sitar as an innovative instrument; they found ways to combine Western rock idioms with traditional Eastern musical vocabulary. Love You To  makes “ample use of Indian instruments such as the sitar, mesa and tambura,” says Bennett, “but the treatment of the song in terms of harmony, melody and structure was also heavily influenced by the Indian style, rather than being based on a chord progression. like most Western pop music.” We learned how the song uses a humming note – a C root note – throughout the song, “typical of Indian classical music”, and we learned the definition of terms like “raga” and “alap”: a small section introductory – like the one that opens Love You To – “generally in free time, where the main center and raga are present”.

How seriously did the Beatles take Indian classical music? That depends on the Beatle we're referring to. In Harrison's hands, at least, an exploration of the subcontinent's musical traditions produced a unique body of psychedelic rock widely imitated but never paralleled – a body that used exotic instrumentation not simply as an ornament but as an opportunity to learn and change and adapt. if to new ways.

Discover in Bennett's video how each of the Beatles' raga rock songs from the mid-sixties incorporated Indian classical music in various ways, and listen to a playlist of these songs here.

You may be interested in: The Beautiful Vocal Harmonies of “Something” by The Beatles, Isolated