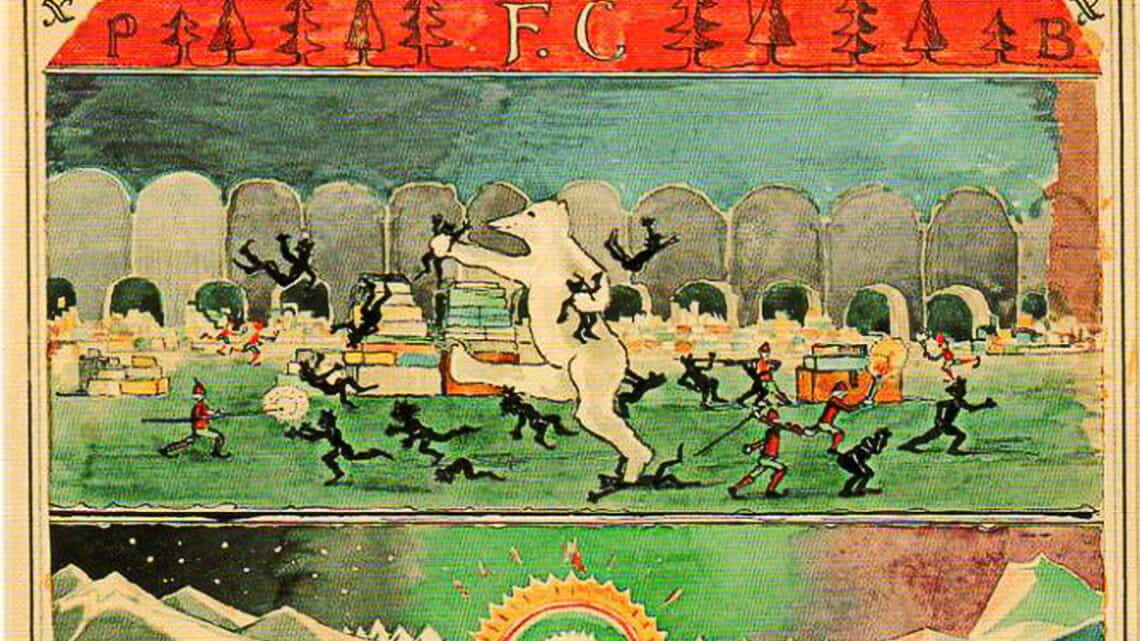 It doesn't take children long to suspect that Santa is actually… their parents. But if mom and dad show enough commitment to the fantasy, the kids end up going after it. This must have been even truer for the family of the 20th century's most celebrated costume maker, JRR Tolkien. Before Tolkien started writing The Hobbit , and long before the trilogy O Lord of the Rings  , he honed his characteristic storytelling and world-building skills to write letters to Santa Claus. 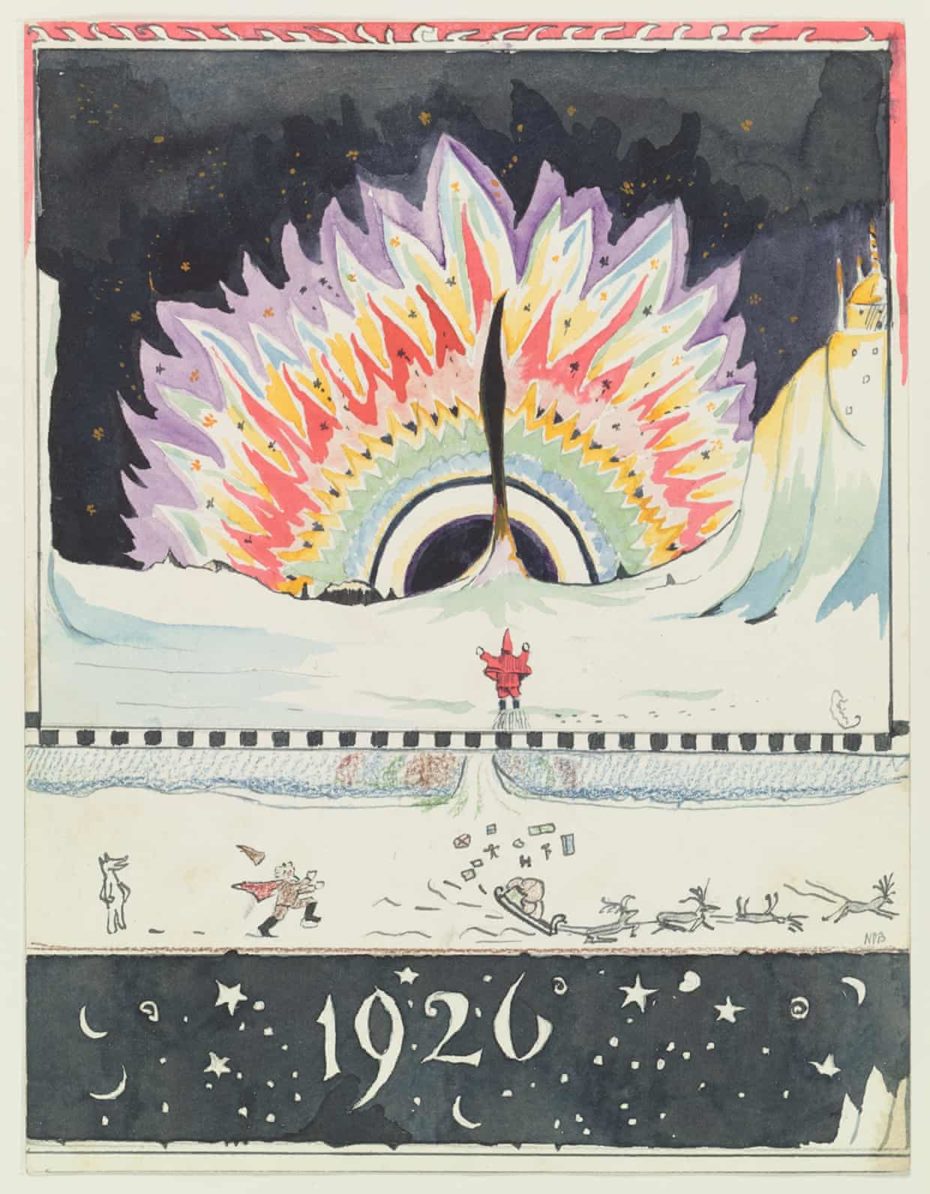 Little John Tolkien and his baby brother Michael received their first in 1920, just after his father, a veteran of the Great War, was demobilized from the army and became the youngest teacher in the University of Leeds.

Then there would be one every Christmas until 1943, two more kids, and a lot of life's work later. 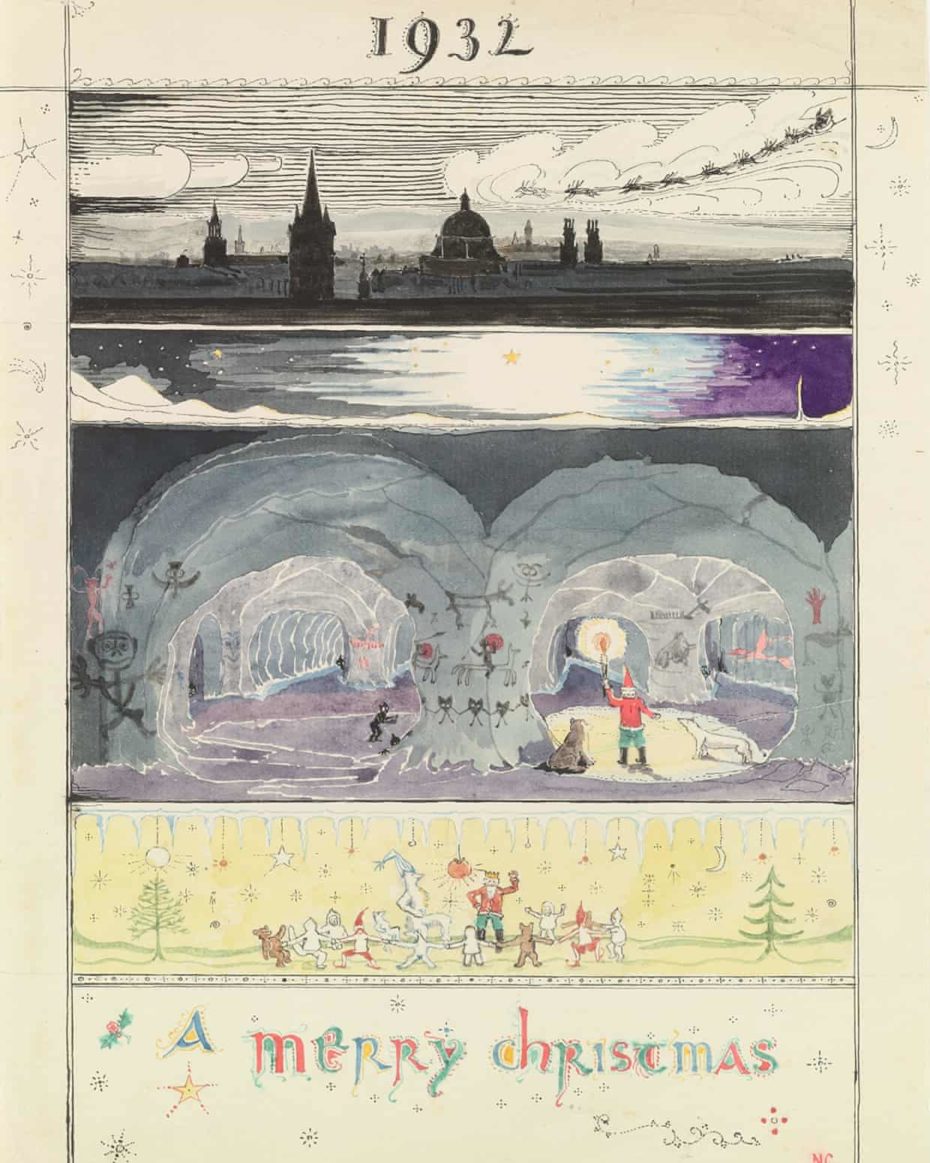 Every year, Tolkien's Santa Claus had a lot to report to John, Michael, and later Christopher and Priscilla. In addition to the usual job of gathering and delivering the gifts, Tolkien had to face a number of other challenges, including, but not limited to, marauding goblin attacks and the accidental destruction of the moon.

The cast of characters also includes an unreliable polar bear wizard and her cubs Paksu and Valkotukka, whose names suggest Tolkien's interest in language and myth. Since the publication of letters from Santa Claus  gathered a few years after Tolkien's death, enthusiasts identified many traces of the qualities that would later emerge, fully developed, in his novels. The spirit of adventure is there, of course, but so is the humor.

Apparently understanding from the start how to spark the imagination of a young reader, the multi-talented Tolkien accompanied each letter to Santa Claus with an illustration. Colorful and evocative, these works of art depict the scenes of accidents and revelry described in the correspondence (itself stamped with a seal designed by Tolkien of the North Pole).

How intensely young John, Michael, Christopher and Priscilla will have anticipated these missives in the weeks – even months – leading up to Christmas. And how surprising it must have been, after much later reflection, to realize the attention her father had devoted to this family project.

The little Tolkien childhood certainly had its downsides, as relationships with any famous writer have, but memorable festivities cannot have been one of them.

You may be interested in: The Pogues' "Fairytale of New York" Story