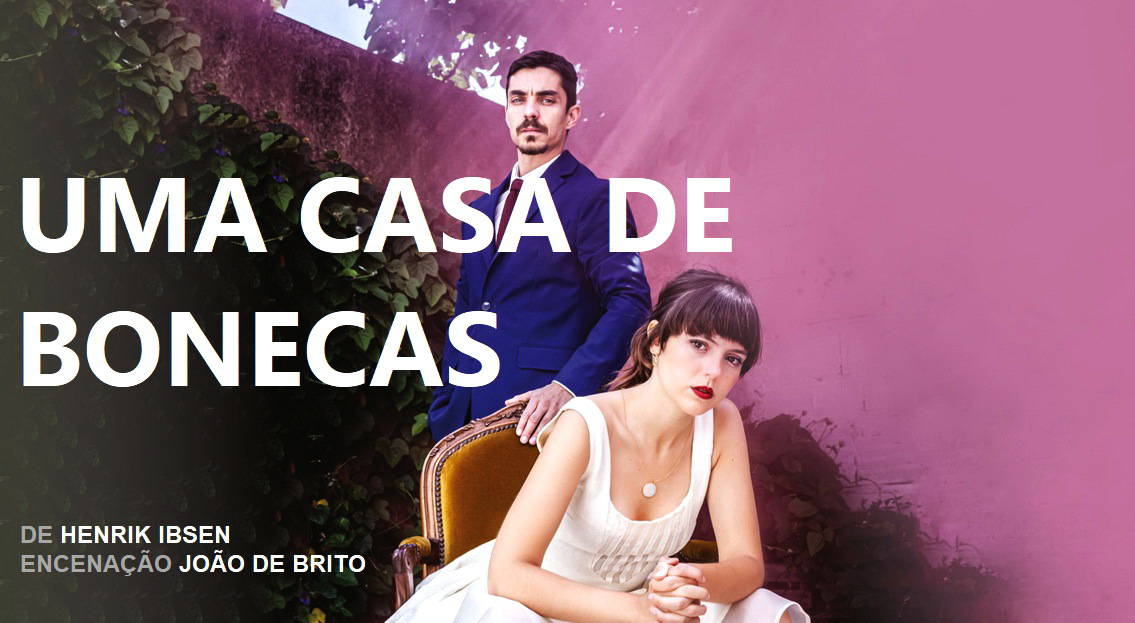 During the month of July at Teatro da Trindade Inatel, director João de Brito takes him to the stage of Sala Estúdio a doll house by Norwegian Henrik Ibsen.

Et Dukkehjem (in the original) is a play in 3 acts, published in 1879 with outlines of Realism, both in its dramaturgy and in subsequent stagings. A text that caused discomfort in society for portraying a perspective of the feminine and the position of the woman-housewife subject to the rules of the man, her husband. Women who were treated like Dolls, first by their parents, then by their husbands… until Nora (played by Madalena Almeida) takes a stand and decides to break the rules of the game – Ibsen decides to give her a strong voice and echo her desires and ambitions, making her to a symbol of an independent and emancipated woman. (I recall that Madame Bovary was published in 1856).

Nora Helmer is a typical housewife very full of life and what seems to be superficiality, there are no deep philosophical features or great contradictions in her. She is almost a restless child – accentuated by the condescending way her husband, Torvald Helmer (José Mata), treats her – my little Lark – something that she accepts and acts in a childish way, with no major responsibilities, concerned only with satisfying small everyday pleasures, such as buying presents and preparing the Christmas party. 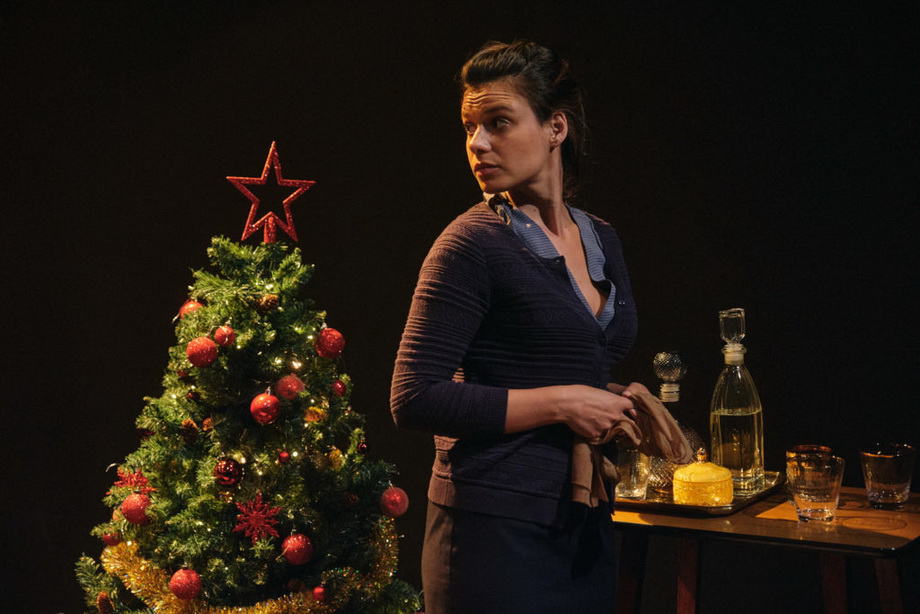 If only this superficiality was the essence of Ms. Helmer's personality, as with the other characters - merely general, little contradictory, shallow traits, fitting the stereotype of her social position - and this text, a doll house, would be another manuscript to be worked on by Realists and Naturalists, but without great impact on the Theater.

The difference is, and it is in this that João de Brites focuses his acting, in the layers of Nora, not only a simple woman who is loyal to her husband while she is concerned with everyday life, but also the person, who in a crisis situation rolls up their sleeves and it does for solving the problems that life brings.

The Helmer family had gone through some economic constraints and Nora helped her husband to overcome the situation by doing small handicrafts, however Helmer had fallen ill, forcing them to spend a year in Italy, undergoing treatment. Madalena's character also finds a solution to deal with the unexpected expense: she asked Nils Krogstad (Luís Lobão), a loan shark and employee of the bank to which Torvard belongs, for a loan. When asking for this loan, Nora forges a signature, a crime that would dishonor both her and her husband, who at the time the play takes place is in the process of being promoted and firing Krogstad for having committed the same crime in the past. 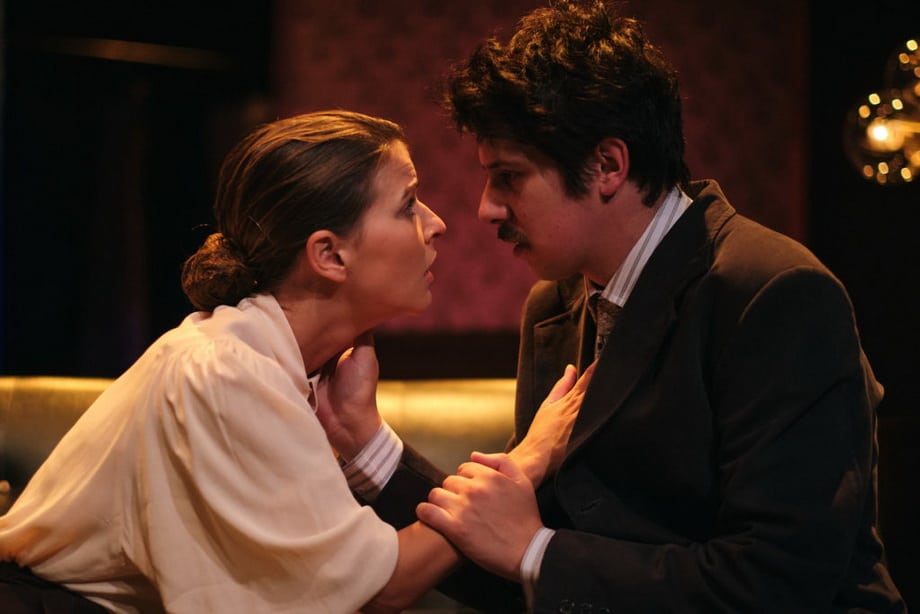 With Torvald Helmer's total ignorance, his wife takes on the debt, apologizing with money and support from her late father, and they go to Italy. After this period of rest-treatment, they return to their homeland and to the normality of their daily lives, all except Nora, who has a secret in her hands and a debt to pay, does it with some work and savings. The plot is complicated when Krogstad realizes that one of the signatures on the debt note is false and that he is going to be fired. We quickly witnessed the pressure and blackmail of this moneylender with our main character.

The plot gains much more interest when Torvald discovers what is going on, and the totally disproportionate attitude he takes, blaming the woman for everything and wanting to get rid of her to somehow try to protect himself. In the next moment we have a turnaround – with a change of intentions very well managed by the already experienced actor José Mata – “The debt is without effect, Nora is forgiven!”

After being humiliated in such a way by her husband, Nora – and this is when the text becomes very interesting – takes action and it is she who leaves her husband with an extremely progressive speech for the time it was written.

This is the main plot, and in a way the most important, at least for these days, there are other actions and characters that thicken the plot a little, but as Professor and theater critic Eugénia Vasques often says: An enactment is a reading of the world, and this is the reading that João de Brito makes, and wants to pass on. It doesn't complicate too much, it doesn't escape the text, it cuts some parts and emphasizes others, in the end we see a show that revolves around the interesting performance of Madalena Almeida, who takes it as if it were the center of the world – and it is, at least for this staging .

Choosing a classic is always a much easier job, especially if we don't want to go against it, it's always a safe point, and whoever sees it always knows that they'll leave the Theater with a feeling of something complete, because the structure that works is already there. The question that arises is: What classic? To say what? The answer given to us by this spectacle is to reinforce the independence and emancipation of women in society, defending such basic rights as equality between human beings. 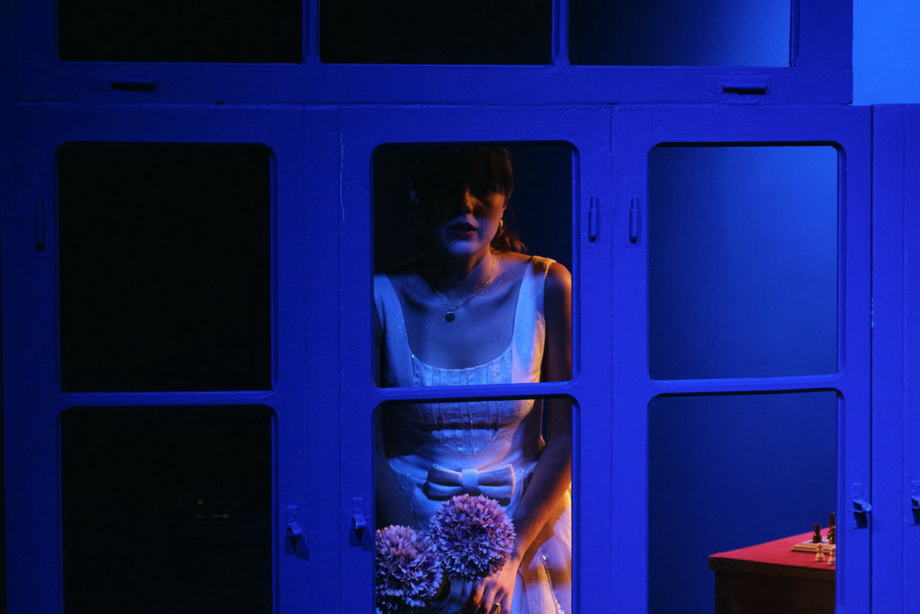 This text, today, continues to make sense, continues to scream in the 21st century that we are no longer in the 19th century, in which sexist and patriarchal attitudes are already outdated, and this show with this staging wants to remind us of that.

Above I highlighted the fact that Gustave Flaubert's book had been published 23 years earlier, the idea of the modern woman was already being thought about and claimed, its release was already necessary, Ibsen adds this text to us, which was also involved in controversy and was the victim of attempts to adapt to more conservative audiences.

The theater is, among everything else it can be, a communication platform and driven, among many other things, by political ideas, whoever watches this show realizes that in the end it is not the great ideals and the great megalomaniac revolutions that can change everything, if nothing is changed inside our homes, with our peers. Madalena's character tells us that we have to change the little things and the way we relate to our people, with whoever is on our side…

You may be interested in: Hamster Clown – Ridiculous, Color And Fantasy