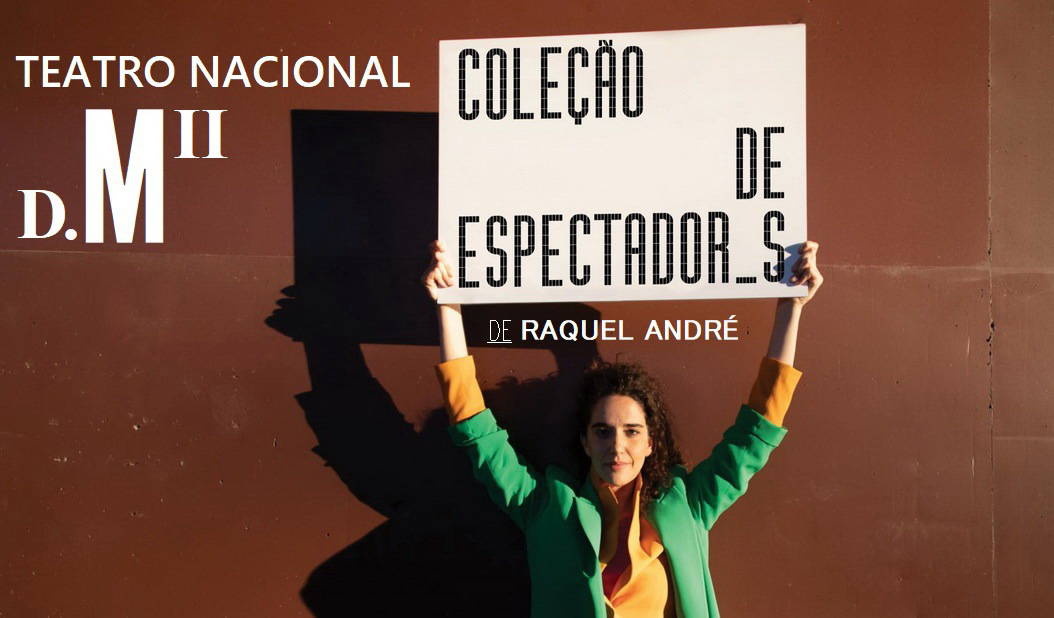 Spectator Collection: The theater is us

This project is much more than the presentations made on stage, there is a continuation after the show, Raquel created an exhibition, there is a book and a performance-conference was made.

Each of these shows is driven by an initial question, respectively:

What memory does an object hold?

What is it to be an artist?

What is it to be a spectator?

And in the search for each of these issues, the show begins, the theatrical genesis of this process is what revitalizes and reinforces one of the essences of Theater as an art: communication from people to people about people and through… people.

In the first three collections, we see Raquel in the center, she is the one who will have moments of intimacy with someone, she is the one who collects stories from collectors, it is her body that absorbs fragments of other artists' creations, and then she is the interpreter, who is on stage transmitting this entire process to us. But this last piece, the Spectator Collection_s, Raquel André positions herself as a moderator, or rather a conductor of the stories and representations of the spectator_s- actor_s.

Upon entering the theater, we are given an invitation to access one of the 3 moments of this creative process: the website www.collectionofspectators.com , the other two being the show we are going to watch and the third an artistic occupation Spectator_Spectator_, at the Malaposta Cultural Center in November 2020.

There are instructions, 23, but they are not orders, they are suggestions, they are incentives for participation and expansion of the collection of people, an attempt to make the spectator active and participating.

When the show starts, Raquel appears, and it is incarnating the moderator position that guides and alerts us to the place where we are, the Dona Maria II National Theater, the chairs, the gilts, the place where we are sitting that burned in the fire of 1964. A space where there is a whole team working, and every one of them has a name, each of the interveners is presented, they are all the same, all important, and their images are projected in this awareness that theater is not just made by actors or stories, but also by technicians and spectators.

A constant feature of this show is the recall of the state of things, of class differences, of how there are some more the same than others, during the inspection by the theater audience, we are reminded of the presence of the presidential balcony, which already existed before the fire, as well as the structure of counters to divide spectators into classes, in the theater not everyone saw the same for sitting in zones. different, do we all continue to see?

After this introduction, Raquel continues the show for us spectators, to be able to see what we, or better saying they, the spectator_s-actor_s, 11 among more than 70 chosen, give voice to what is felt by the vast majority. And it is in this process that Raquel is almost completely absent from the show, it is us… they… who with their stories, the memories of past shows embody a staging, in which the cries for democratic culture, for a freer Brazil or a recall of the 25th of April appear crossed with Catarina and the Beauty of Killing Fascists; Trees die standing; The letter; Essays for a cartography;…

This relationship between the memory that a spectator has and how it intersects in events in his private life and in the city's social life has always been (or in particular since the Greeks) the engine of the Theatre. The very idea of joining in 'real people' and telling their stories on stage is a recipe that with a little salt and pepper for aesthetics and the ingredients all well involved makes a great dish. Take the case of the Documental Theater of Argentina Vivi Tellas, or Rui Catalão's workshops that originate shows, such as the Now we!, and many other examples…

What surprised me in this show, and which is the icing on the cake of the People Collection, is the invitation to, through a web page, communicate with another person who is present in the room and from there create a moment of conviviality extending out of doors. meet and talk is the motto.

If theater serves to think society, to provoke emotions, reinforce or destroy political regimes, create stereotypes or destroy them, that is fine, but that is not the challenge left, the challenge is something as simple as looking around and realizing who it's us as theater spectators, and to become aware of those around us is to realize that there is more theater than spectacle. This concept seems so obvious that it would not even make sense to be reminded, after all, since the exterior and interior of the theater have always intersected, the Dona Maria II Theater itself had, in the early nineteenth century, long intervals for the social moment to interfere with the theater.

Reminding people who enter a theater room, that there are people in that room, and that the theater belongs to the people, was a gesture of altruism, the show wanted to give space and space for people to think about what is really important when they go to the theater, and this moment of community reflection is what makes Theater and this show essential…

You may be interested in: a doll house per Philip Daniel