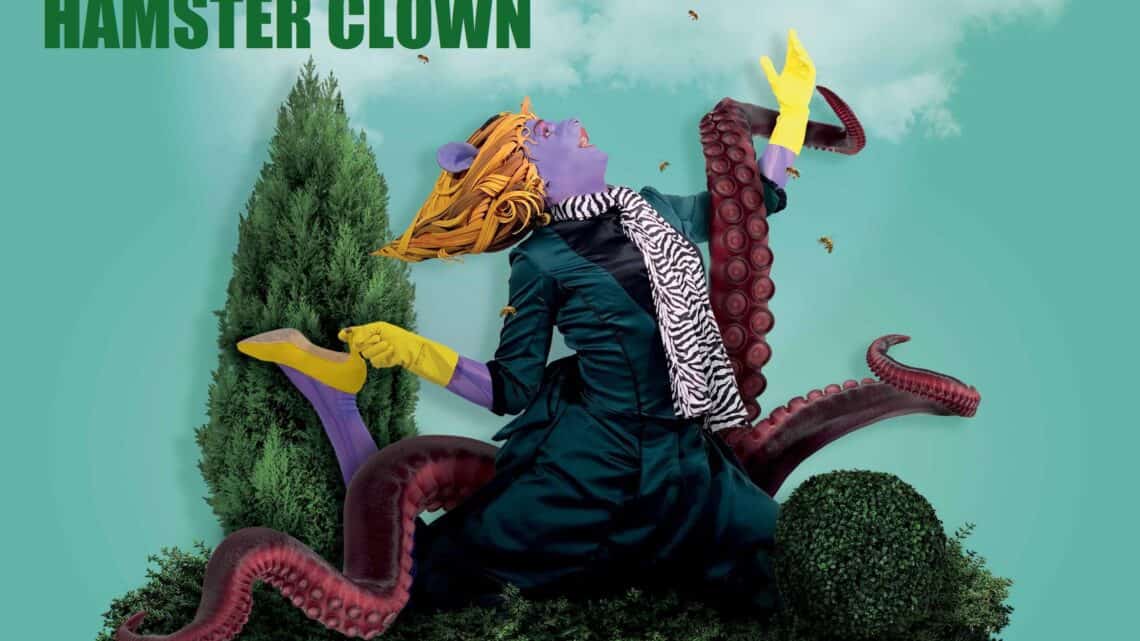 An escape, another reality, entering the theater and finding a simple show, without enormous symbolism or codes, without subversive, political, ethical, aesthetic or moral messages, but, simultaneously, all of this - entertainment, a show that rests our senses of urgency that so many others promote.

Until the 4th of July is on the scene at São Luiz Teatro Municipal in Lisboa the show hamster clown staged by Ricardo Neves-Neves and interpreted by Rui Paixão.

A show without a text, a story above all about liberation, nonsense and transformation.
Regardless of the narrative and classic story with a beginning, middle and end that could be told in any other show on the São Luiz stage, let us take into account the huge golden frame that limits the stage. When descending from the lights, the golden ring resists the rising of the dark and becomes a gateway to the dream world that Hamster Clown provides us.

On stage after raising the curtain, a baroque garden with Renaissance statues is the place of our collective dream in the next hour. In this garden, a huge round hole (which can be a hamster's wheel, an eye, a kaleidoscope or, as in the painting, a vanishing point that takes us even further) limits the space at the back of the stage, where multimedia projection will be made, but more than that, it reinforces the psychedelic environment that we will be able to experience with Rui Paixão. 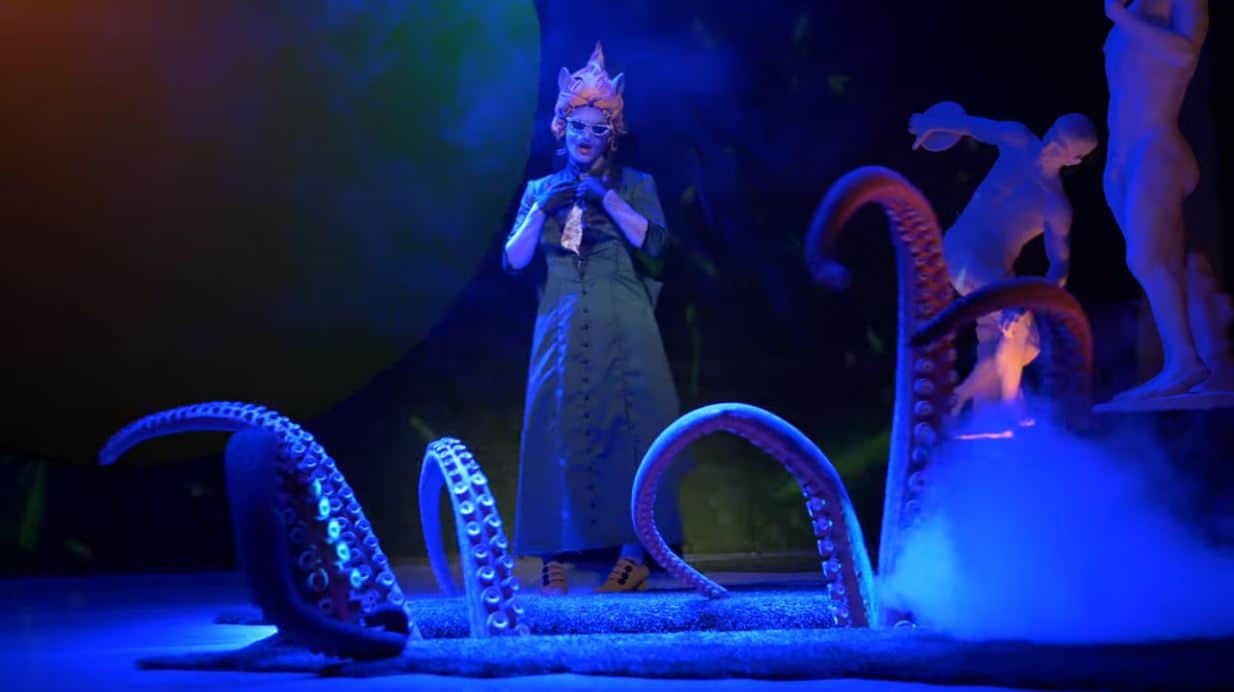 With the absence of text, the scenography, costumes, video, light and sound work together and make up a whole world in which the character navigates and transforms…

Comedy, a Scare with an Owl, Suspense, a giant octopus that creates a somewhat pornographic relationship, a supermarket, Ah! And a small alien being helps our character to fulfill these different phases of metamorphosis, always well justified, adequate and whose words become so evident that they don't even need to be said, the best thing is that each one creates a possible text ( only if you think it is necessary) and add layers to the hallucination presented by Ricardo Neves-Neves. 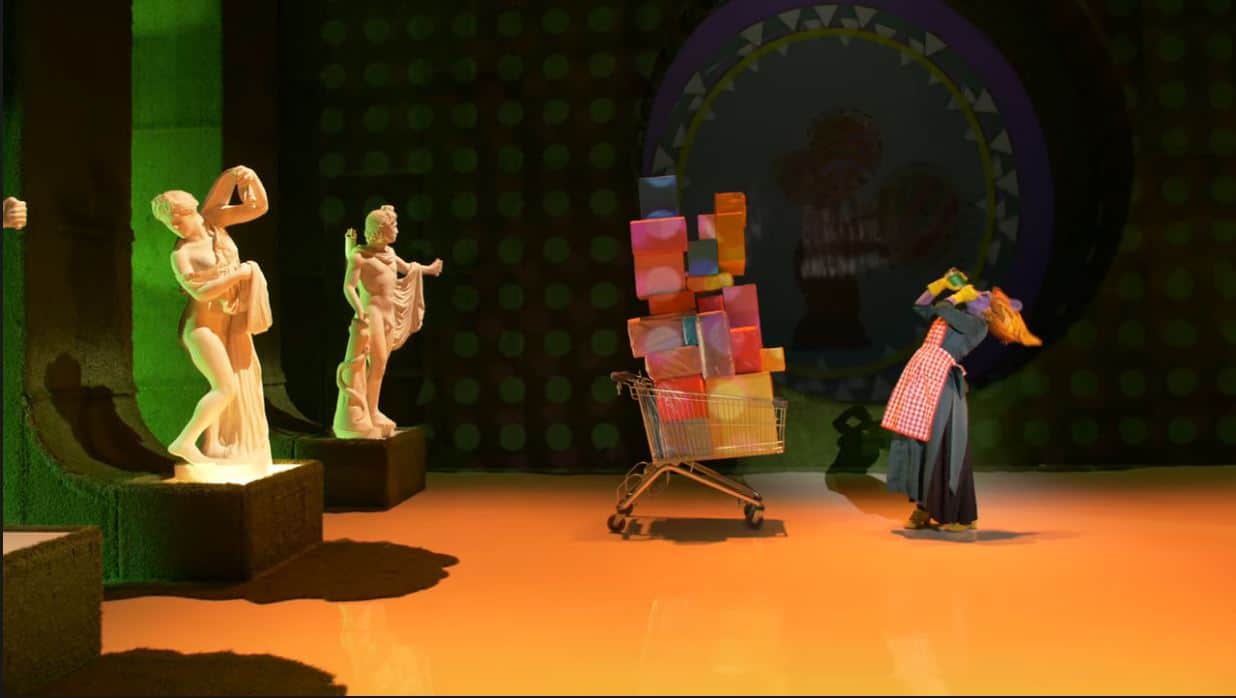 The initial idea of the evolution of a hamster to a human being, a mouse that runs away from its wheel to the other side reinforces the absurdity of dramaturgy, as this same wheel is still present and the garden is always the same. For those who want to venture into psychoanalytic explanations, remember the long days of confinement whose company for many were houseplants.
There was no need for a text, no need for great meanings or aesthetic epiphanies, a set of segments in a fantasy and colorful universe fill our imagination and allow us to enjoy. It's just letting us go.