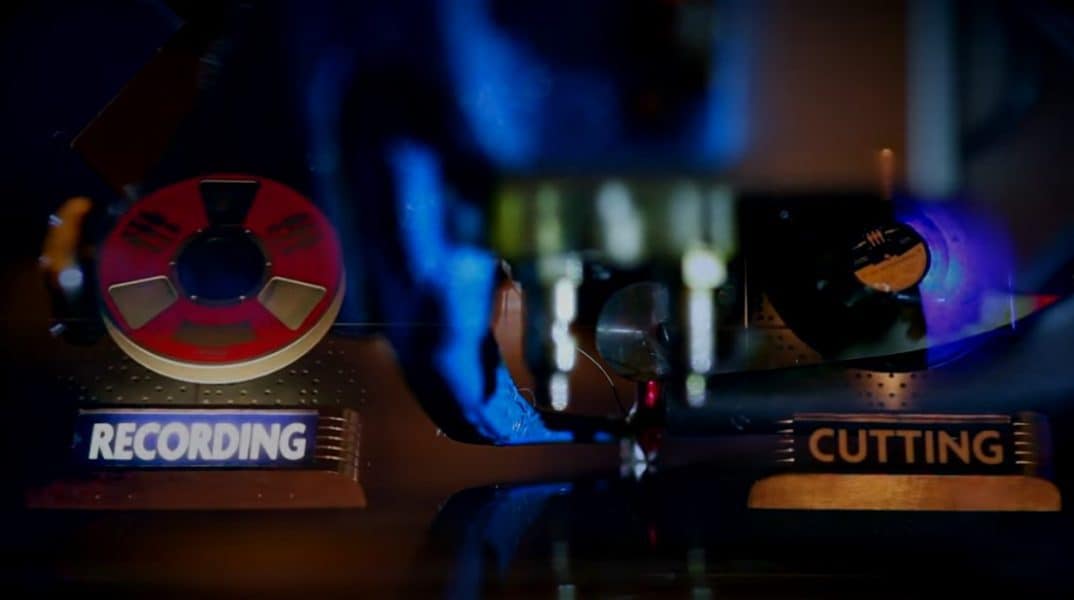 Mister Rogers Demonstrates How to Cut a Record

When I was a little boy, I thought the greatest thing in the world would be to be able to make records. — Fred Rogers

By 1972, when the above episode of Mister Rogers’ Neighborhood aired, host Fred Rogers had already cut four records, including the hit-filled A Place of Our Own.

But a childlike curiosity compelled him to explore on camera how a virgin disc could become that most wondrous thing—a record.

So he borrowed a “special machine”—a Rek-O-Kut M12S overhead with an Audax mono head, for those keeping score at home—so he could show his friends, on camera, “how one makes records.”

Wait, scratch that, imagine running across the actual platter Rogers cut that day!

Though we’d be remiss if we failed to mention that a member of The Secret Society of Lathe Trolls, a forum devoted to “record-cutting deviants, renegades, professionals & experimenters,” claims to have had an aunt who worked on the show, and according to her, the “reproduction” was faked in post.

(“It sounded like they recorded the repro on like an old Stenorette rim drive reel to reel or something and then piped that back in,” another commenter promptly responds.)

The Trolls’ episode discussion offers a lot of vintage audio nerd nitty gritty, as well as an interesting history of the one-off self-recoded disc craze.

The mid-century general public could go to a coin-operated portable sound booth to record a track or two. Spoken word messages were popular, though singers and bands also took the opportunity to lay down some grooves.

Radio stations and recording studios also kept machines similar to the one Rogers is seen using. Sun Records’ secretary, Marion Keisker, operated the cutting lathe the day an unknown named Elvis Presley showed up to cut a lacquered disc for a fee of $3.25.

The rest is history.

(Legend has it that James Brown’s “It’s A Man’s World” was cut on that same lathe… Cut a hit of your own during a tour of Third Man’s direct-to-acetate recording facilities.)