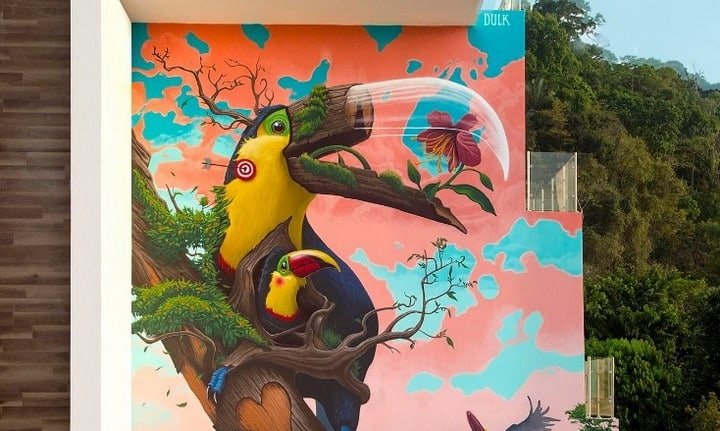 This new street art piece by Dulk in South America is based on a true story about a mistreated toucan found in Costa rica three years ago named “Grecia”. 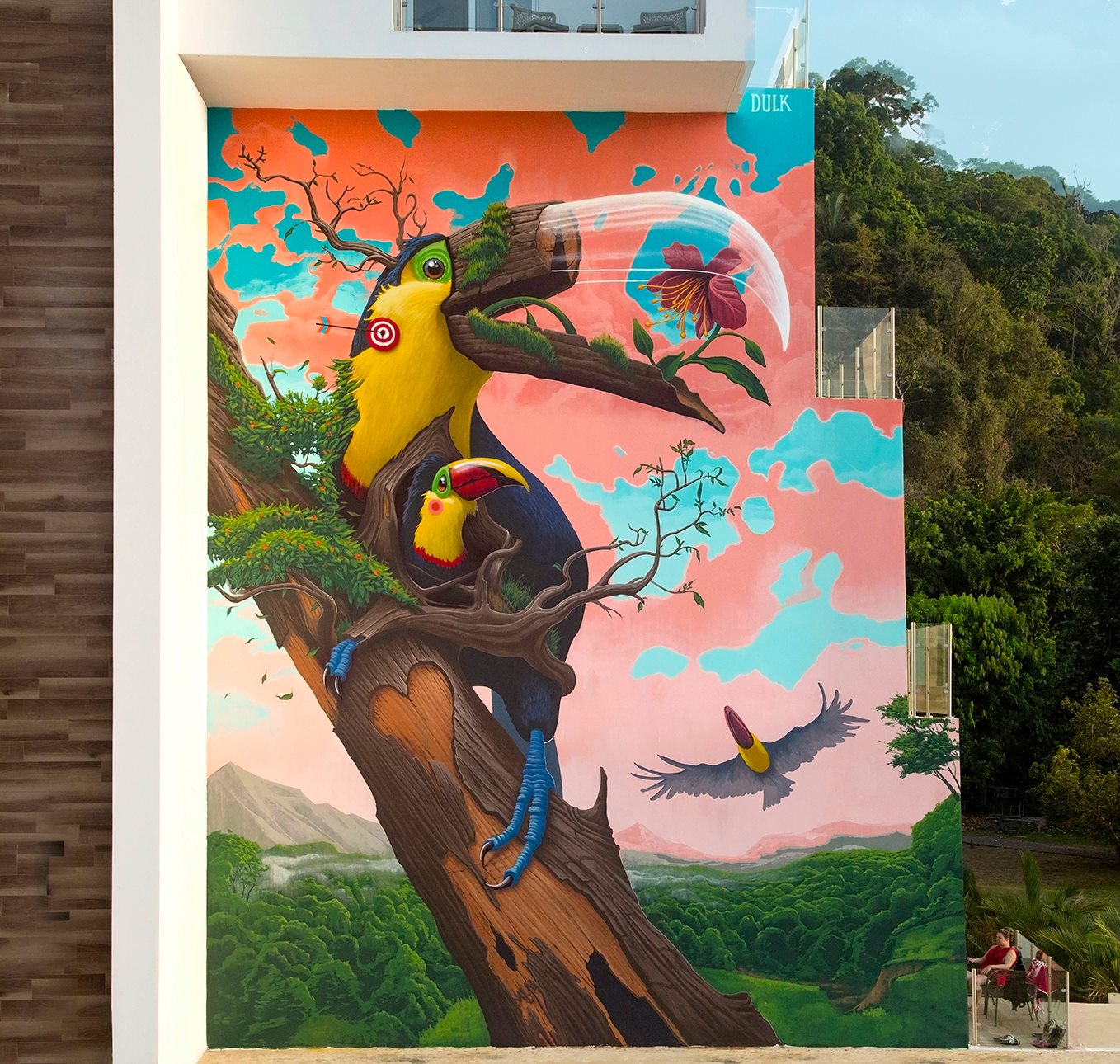 Her story made headlines worldwide after surviving an alleged attack that destroyed most of its upper beak. The toucan received the first 3D print prosthetic beak thanks to a joint effort that included a crowdfunding campaign and the collaboration of companies in Costa Rica and the U.S. 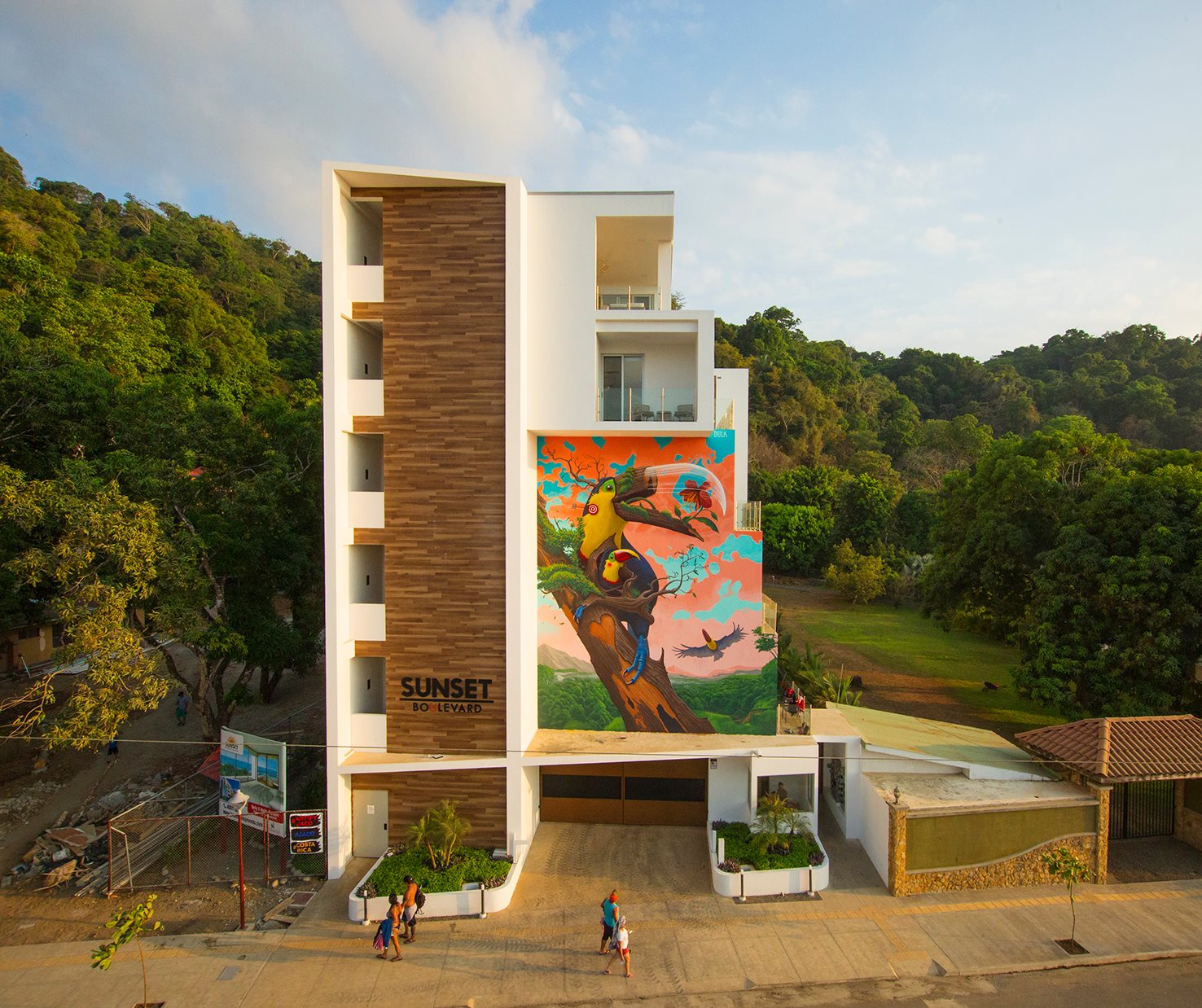 Grecia has become a symbol of their fight to get an Animal Welfare Bill approved by the Legislative Assembly.

The artist had the chance to visit her after painting his mural and the experience was very unique, thanks to Rescate Animal Zoo Ave. 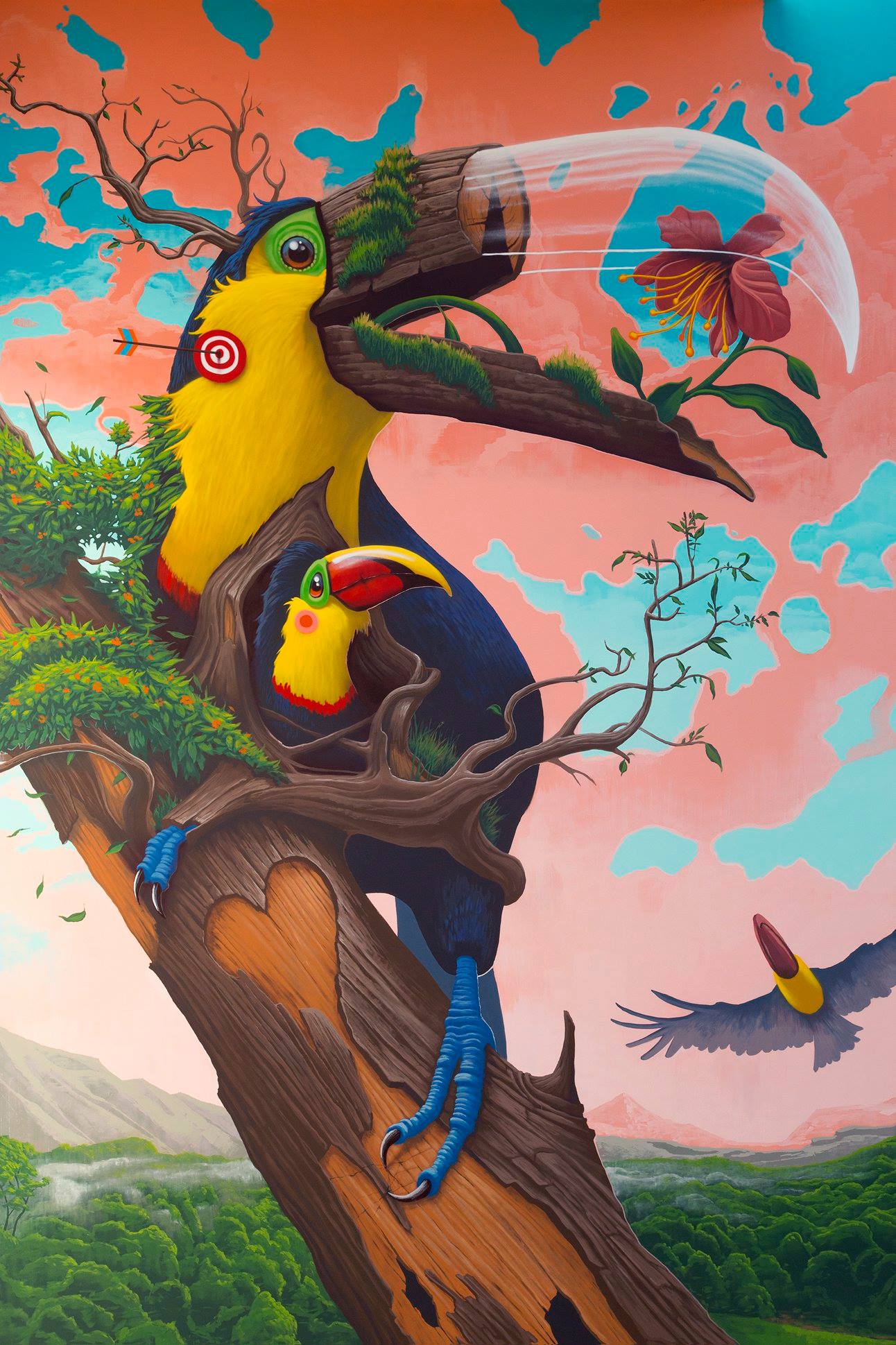 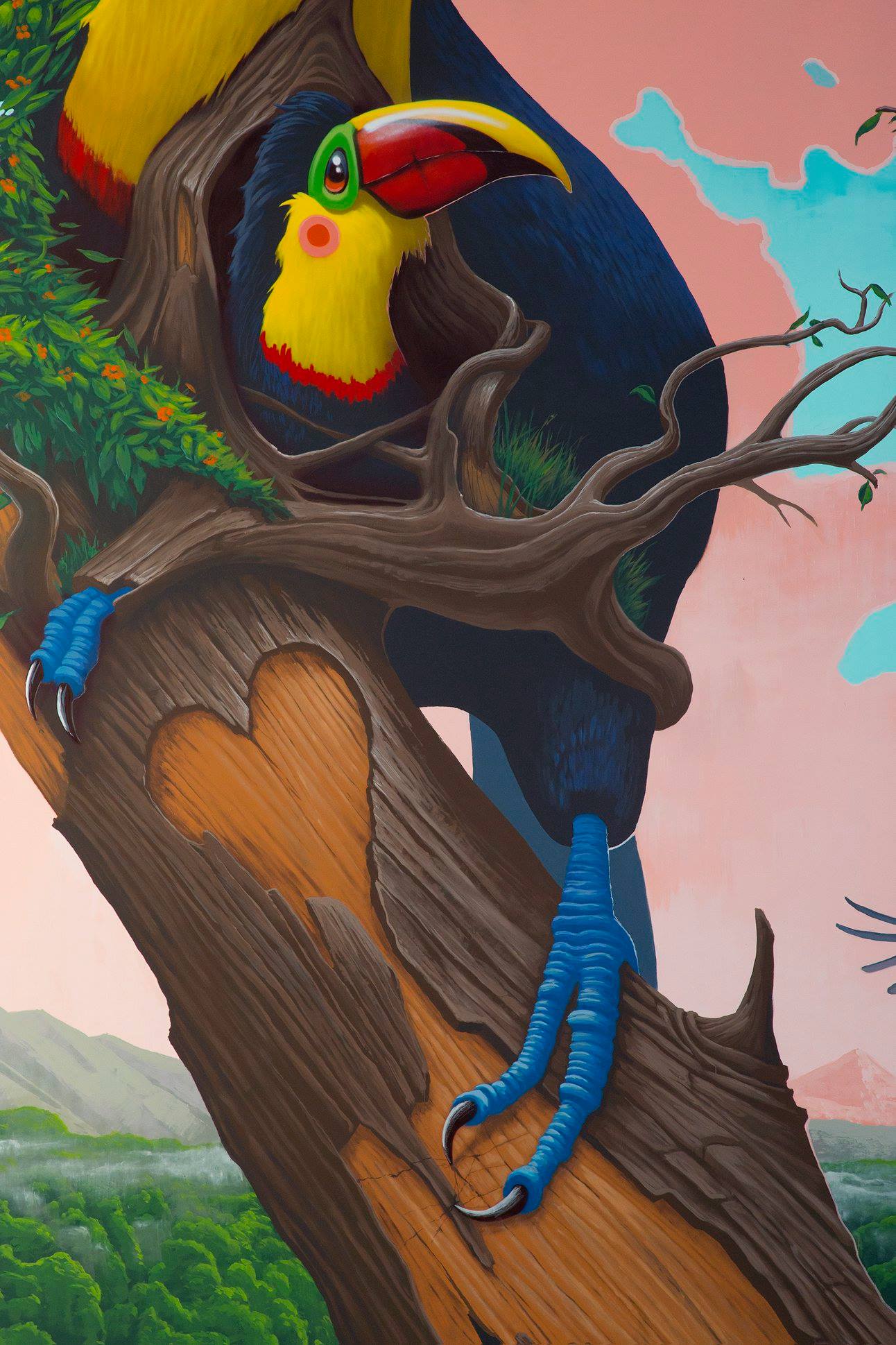 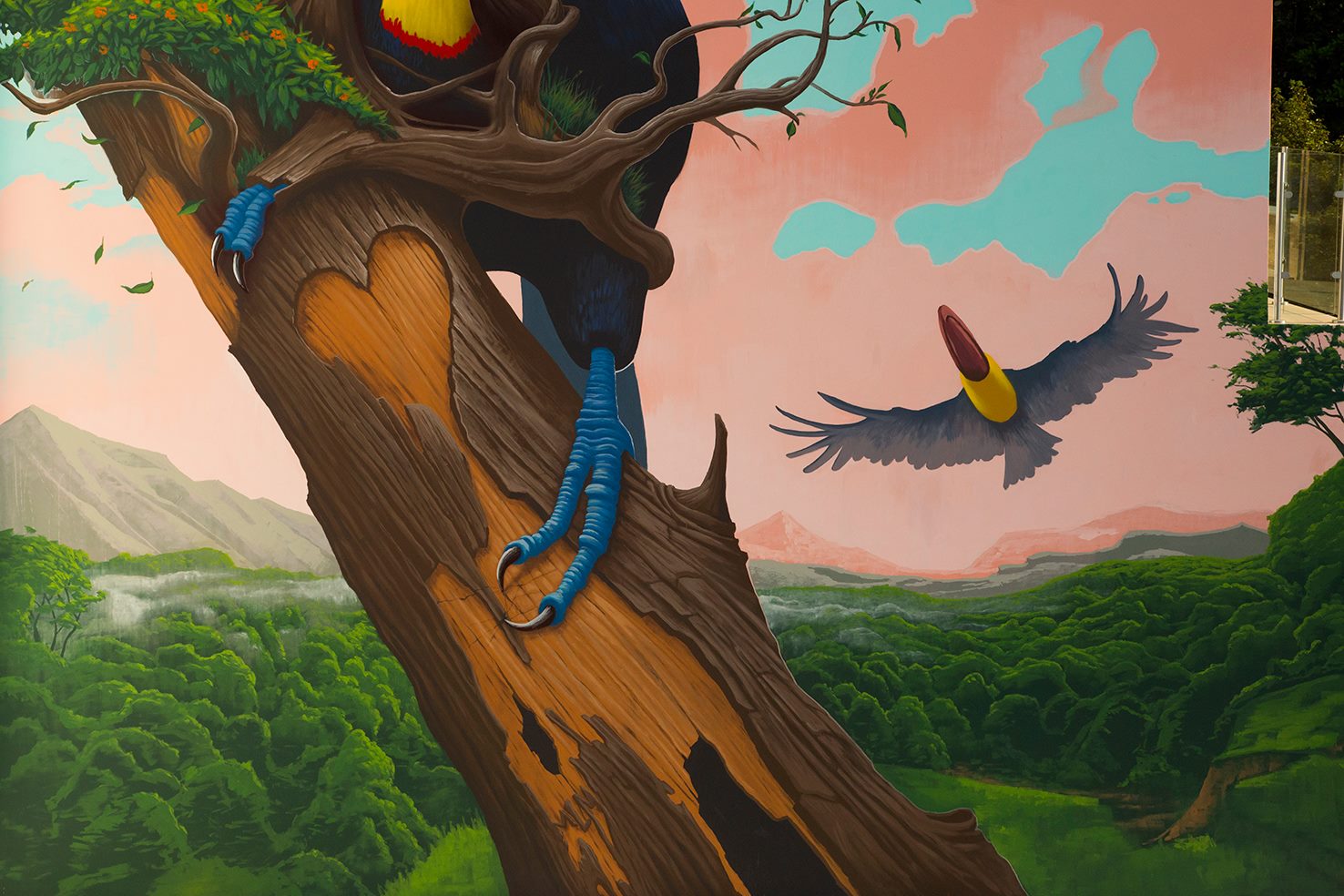 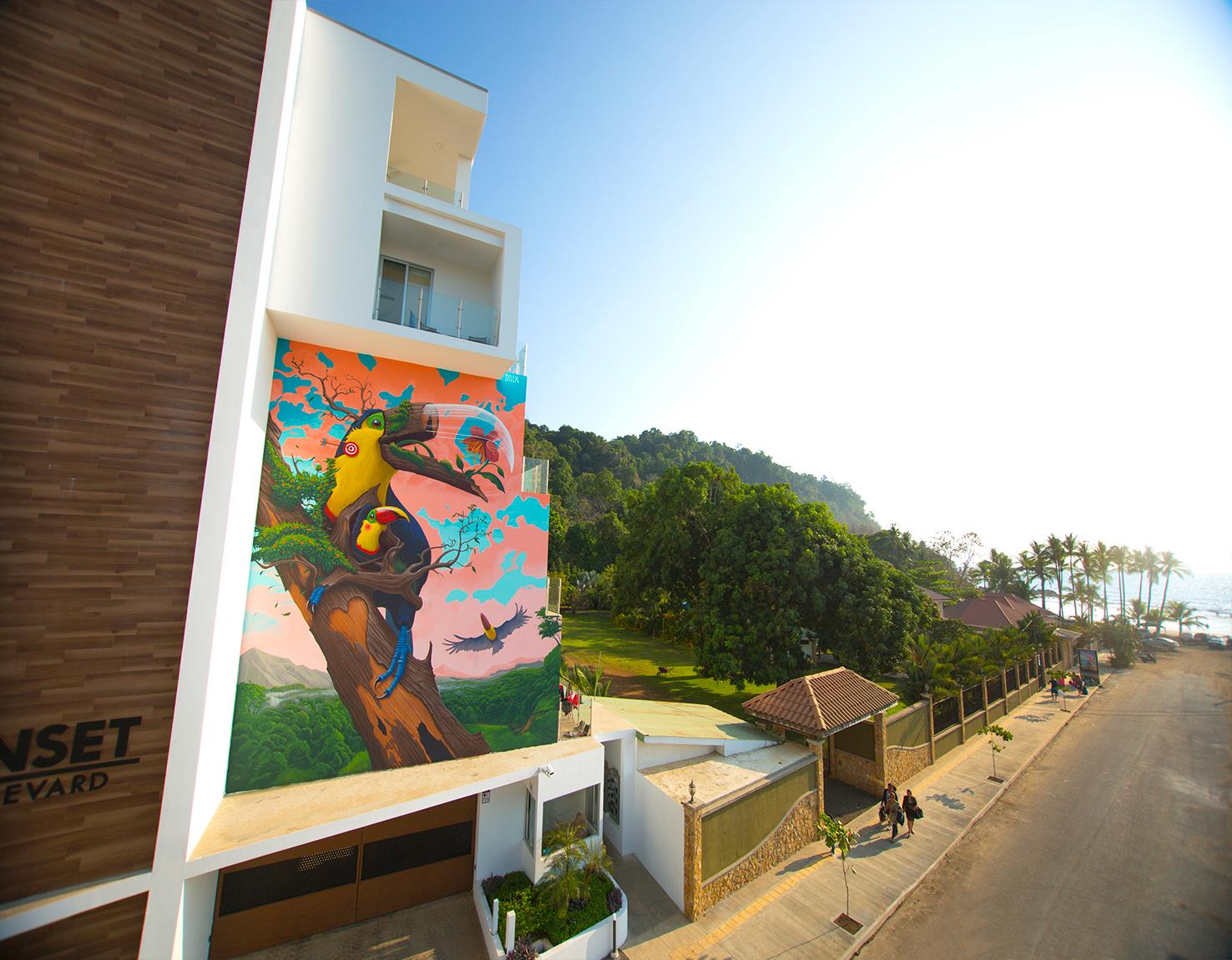