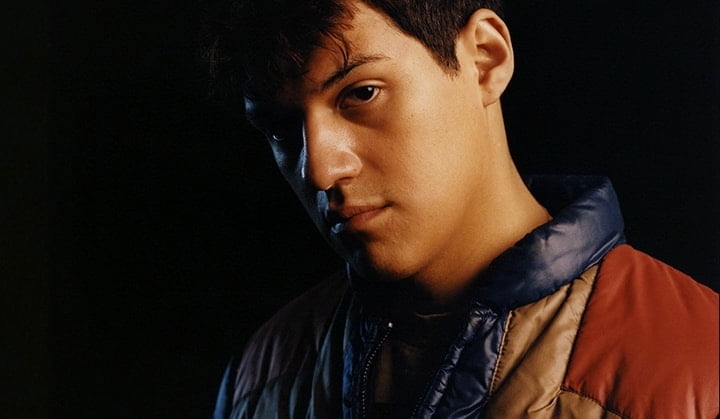 The psychedelically soulful singer-songwriter talks about living up to his parents’ expectations, the meaning of hard work, and dealing with racism in this Rising interview.

First-generation Americans tend to hold family tight. Our parents’ journeys from their homeland to the United States may differ in distance and geographic design, but we see their struggles in the deep lines across their faces and in the harshness of their palms. We’re indebted to their sacrifice.

Omar Velasco is the youngest of three siblings born to Mexican parents. Looking to escape gang violence in Guadalajara, Omar’s father crossed the border in 1979, at age 23. For years, he visited and sent letters to Omar’s mother, who was still living in Mexico. In 1992, she finally joined him in America, and they settled in South Haven, Indiana, a small, largely white town about an hour away from Chicago. They opened a local restaurant called The Super Taco, worked endless hours, and raised their kids. In 2009, Omar’s parents became American citizens; Omar remembers helping them memorize the 50 states. Just a decade later, after his parents spent so much time toiling to make life better for him and his siblings, the 21-year-old who now makes music as Omar Apollo is at a place where he can financially support them.

“It’s a crazy blessing, it’s what every kid would want,” Omar says, savoring a plate of carne asada fajitas at El Huarachito, an intimate Mexican restaurant in his brand new home of Los Angeles. He talks about helping out when his dad’s recent knee surgery took him out of work, and how he wants to move his folks away from the Midwest’s harsh winters. “All they’ve known is work, and I want more for them,” he says. “They’re finally getting the chance to know themselves—my mom told me she didn’t know what her favorite food was.”

As we speak, his mom and dad are enjoying L.A.’s balmy climes amid their first trip to see their son in the city, and every time Omar recalls a memory of them, he subtly smiles and whispers, “I have to call my parents after this.” He cites them as the main motivation for him to teach himself how to play guitar, sing, and produce. Over the past year, it’s all paid off, as he’s toured throughout the country and released his debut EP, Stereo, a confident, bilingual collection of homemade psych-pop with Omar’s lovelorn croon placed front and center. 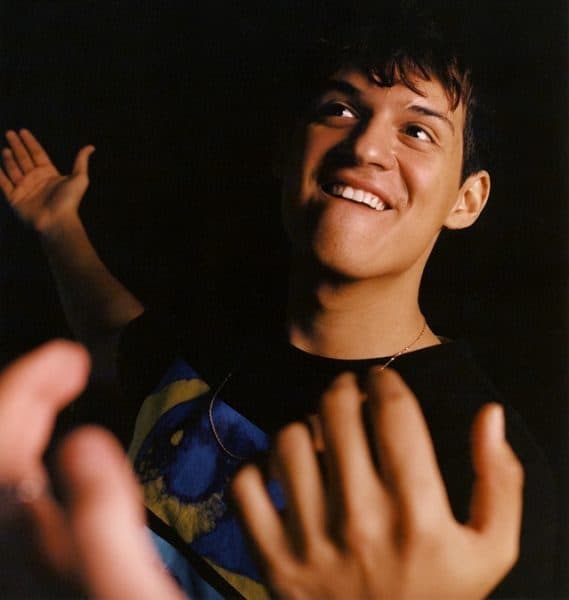 His parents’ faith in one another has also left an impression, and he recalls their courtship as if it was a fantasy. So far, his own first-hand experiences with love have been of the unrequited kind. A heartbreak from when he was 18 that’s followed him into the present has been a defining factor, dictating the type of role his feelings play in his music. “I dream of love, then get disappointment,” he says. “I now protect my heart better. You can’t just be handing your heart out to everyone.”

Interwoven throughout his discography are underlying themes of longing and sweet defeat, and he cites James Blake’s haunted minimalism, the Internet’s modern R&B, and Sly and the Family Stone’s vintage funk as musical guideposts. On his newest single, “Trouble,” he laments losing a love that refuses to be still with him. “Thought you wanted all that I could bring,” he sings, before repeating the song’s final line over and over: “Why you run away?”

Omar grew up on the Beatles as well as renowned Mexican musicians who pined through every verse, like Pedro Infante, Vicente Fernández, and Estela Núñez. “With Mexican soul, they sound like they’re crying,” he says. “That’s definitely where I get the emotional part from.” Talking about his formative musical experiences, he fondly remembers performing at a church in Chicago, where he bonded with other first-generation Mexican-Americans. Now, he notices that same sort of camaraderie in the crowds at his own shows. “When I see that, I realize that this is so important, that this is what I’m meant to do,” he says. “I know all these Mexican kids are thinking that they have to be workaholics, but our parents did all the hard shit so we can do what we want to do. We’re raised differently. We can take a different path.” 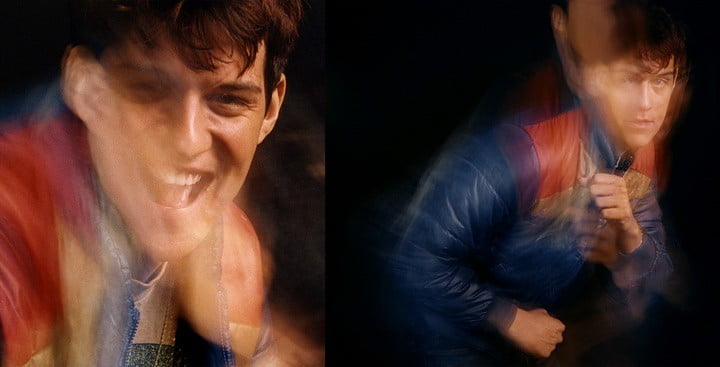 Pitchfork: How did your parents feel about you pursuing a career in music?

Omar Apollo: They were like, “You better work your ass off.” I remember sitting down with them, because they heard about my friends getting into college and I was like, “I don’t want to go to college. I just want to make music.” We had a long conversation, and they were like, “Well, at least try.” I applied to nine colleges and got accepted to one: Indiana University Northwest. I went there for two weeks. It was so bad. I would make beats at home in the morning and then just listen to them in class.

What did you do after that?

I was working at Jimmy John’s at the time, then I went to Guitar Center, where I started buying hella shit with my employee discount. I also got a credit card and ran that shit up. I was like, “Fuck it. Who cares about credit? I’m 19.”

I had to leave my parents’ house, and somehow someone gave me $1,000 to renovate my friend’s attic. I bought a bunch of drywall and painted. My uncle helped me; I had to pay him. A bunch of my friends lost their living situations at the same time, and we ended up with seven people living there at one point. I made all my shit in that attic–all the songs that are doing pretty well right now.

When I was living there, my music was moving on SoundCloud, and my friend was like, “You gotta put it on Spotify.” I uploaded the song “Ugotme,” and the next day it had gotten playlisted. It got like 50,000 listens overnight. Then I put up another song, and the same thing happened.

How did you teach yourself how to sing?

When I was around 17, I would make these six-minute voice memos on my iPod Touch and then make my friends put on headphones and listen. One of my friends was like, “You just don’t have a good voice. Stop, bro.” My dad was like, “You sound terrible.” I was like, “Oh my God! I’m sorry. I’m learning!” But then, after I practiced for some time, my dad was like, “Hm, that was pretty good.”

Where does that desire to put yourself out there come from?

Honestly, it probably stems from deeper into my childhood. I was always looking for attention, like, “Hey, I’m here!” My mom put me in ballet folklórico when I was younger, and we would wear sombreros and mariachi suits and skinny pants. I loved performing.

I also used to put out dance videos on YouTube, I was always doing goofy shit. I was kind of lame in middle school, and one of my friends was a lot more popular than me. I’d go to his lunch table, and people would be like, “Why the fuck are you sitting here?” But he didn’t care that I didn’t have a status—he thought I was tight because I was always doing my own thing, because I was different. If I wanted to put out dance videos on YouTube, shuffling or doing the dougie, I was doing that shit.

I’d be the only brown kid. My mom always told me, “You look different. You’re gonna get judged. Don’t let it bother you. You know who you are.” I’ve gotten pulled over plenty of times for looking suspicious. There’s no real reason. It’s just me and my band in the car. We’re all Mexican, got colored hair. They search our cars, check if we have guns. You have to deal with it.

Did you face any prejudice in school too?

I was always belittled at school by everyone. I had a lot of racist encounters, even with teachers. I had teachers who were like, “Oh, you’re not a drug dealer are you?” Fuck, bro. I was like 14. You know how teachers pick favorites? I was never the favorite. I was constantly trying to be like, “Someone make me your favorite!” I looked up to these teachers, especially in elementary school, and always tried to impress them. I would get discouraged. But that low-key made me stronger.

Now, I don’t need gratification from anyone at all. I just need myself. If I like it, I like it. I don’t give a fuck. This is my art. It’s supposed to be like this. I don’t listen to any critiques. I’ll fight for my shit. I’ve been doing this since I was a kid. I’ve had people come up to me in school and say, “You suck.” I don’t care. It doesn’t bother me, because this is me.