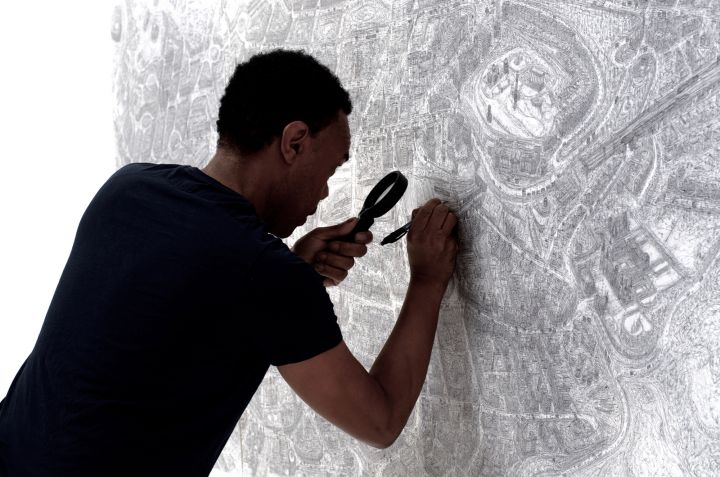 Self-taught artist Carl Lavia, who goes by the nickname “Sketch,” has been drawing intricate cities and architecturally-minded illustrations since he was the age of five. Although his early works were imaginative renderings of fictionalized cities, his practice has grown into immensely detailed depictions of large cities from an aerial point of view. Lavia uses ink and archival paper to produce each drawing, which appear like maps from a distance, but have a loose, almost Impressionist style when viewed up close. City of Birmingham, all images provided by Carl Lavia and Lorna Le Bredonchel

In 2016 Lavia paired with photographer Lorna Le Bredonchel to form the project “#69Cities,” which aims to create a portrait of the whole United Kingdom through large-scale drawings of its 69 cities. It takes approximately 2-4 months for Lavia to create each drawing in the expansive project, with Le Bredonchel documenting the entire process from his wall-sized sketches to their time exploring each city by foot. So far the duo has traveled to Birmingham and Manchester, England as well as Edinburgh, Dundee, Stirling, and Perth, Scotland. The completed Perth drawing will be on display at the Perth Museum and Art Gallery at the end of his month, and be on view through January 2020. When completed, Lavia and Le Bredonchel hope to develop an app that will allow visitors to explore each drawing in an immersive 3D landscape. You can follow along with the pair’s upcoming travels and future drawings on their website, Instagram, and Twitter. Close up of Manchester 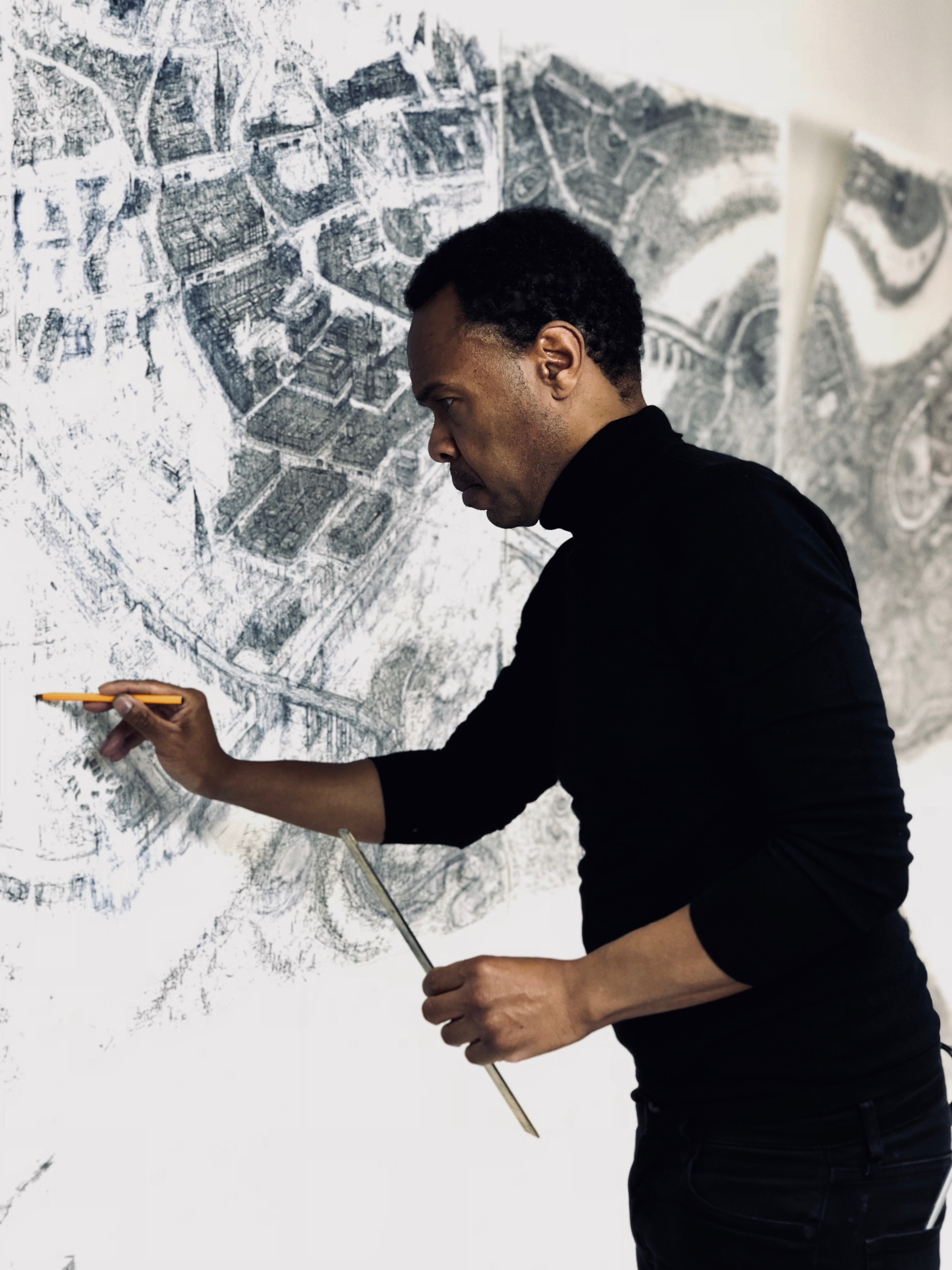