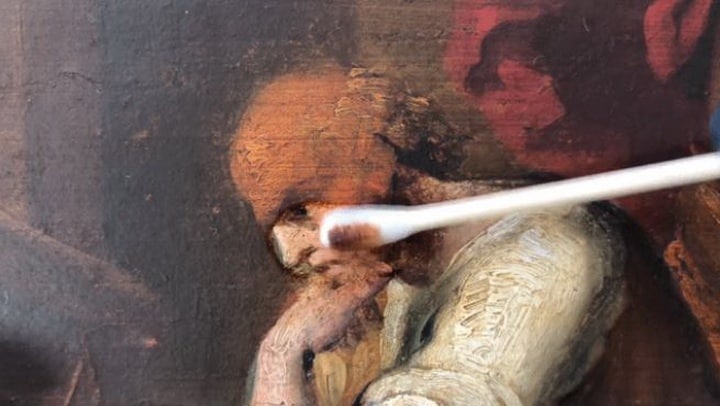 Even in our age of unprecedentedly abundant images, delivered to us at all times by print, film, television, and especially the ever-multiplying forms of digital media, something inside us still values paintings. 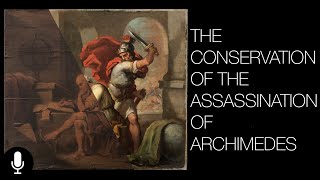 Enter the art restorer, who takes on the task of undoing, painstakingly and entirely by hand, both the ravages of time and the blunders of less competent stewards who have come before. In this case, enter Julian Baumgartner of Chicago’s Baumgartner Fine Art Restoration, a meditative short documentary on whose practice we featured earlier this year here on Open Culture.

You can see much more of it in these videos: in the one above, writes Colossal’s Kate Sierzputowski, Baumgartner “condenses over 40 hours of delicate swiping, scraping, and paint retouching into a 11.5 minute narrated video” showing and explaining his restoration of The Assassination of Archimedes. 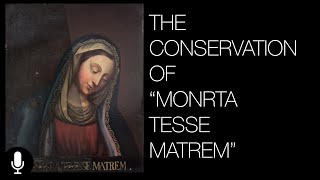 The project, not atypical for a painting restoration, “involved cleaning a darkened varnish from the surface of the piece, removing the work from its original wooden panel using both modern and traditional techniques, mounting the thin paper-based painting to acid-free board, and finally touching up small areas that had become worn over the years.” Baumgartner’s Youtube channel also offers similar condensed restoration videos of two other paintings, Mother Mary and a portrait by the American Impressionist William Merrit Chase. 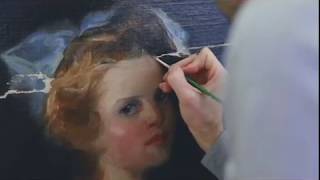 Baumgartner packs into each of these videos an impressive amount of knowledge about his restoration techniques, which few of us outside his field would have had any reason to know — or even imagine —before. They’ve racked up their hundreds of thousands of views in part thanks to that intellectual stimulation, no doubt, but all these physical materials and the sounds they make have also attracted a crowd that shares a variety of enthusiasm unknown before the age of digital media. I’m talking, of course, about ASMR video fans, whom Baumgartner has obliged by creating a version of his The Assassination of Archimedes restoration especially for them. Now there’s an art restorer for the 21st century. 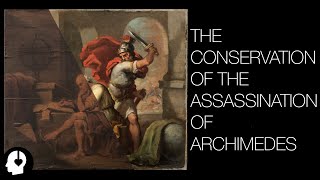