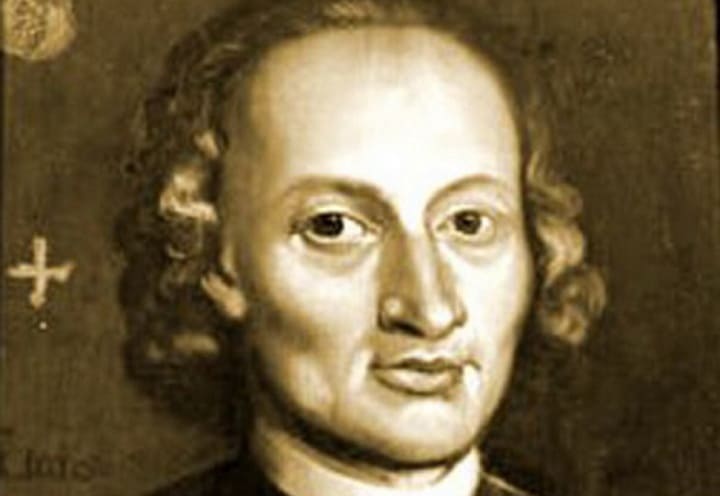 When you hear the name of Johann Pachelbel it’s often hard to get past the immense success of his Canon in D major and try to remember that he was, in fact, better known during his lifetime for many other works.

Pachelbel was born in Nuremberg, Germany in 1653 and passed away in 1706. During his lifetime, Pachelbel held a number of very important musical offices in the Courts of Eisenach and Stuttgart. His keyboard works are supposed to have had a profound influence on J C Bach.

This highlights the significance of Pachelbel to the musical world he lived in and to us now. In this article, I am going to take a closer look at some of the lesser known Pachelbel works but ones that perhaps deserve a more frequent time in the spotlight.

The Best of Johann Pachelbel 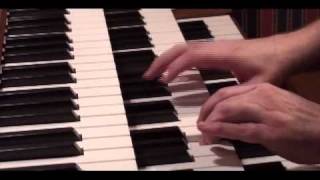 Organ music was what Pachelbel was perhaps most recognised for as a Baroque composer. This short piece shows the elegance of the melodic line and effortless momentum that carries the composition from beginning to end.

There is the characteristic flowing semi-quaver movement that typifies the Toccata that was a favourite musical form. The piece maybe also gives us a little insight into the style of Pachelbel’s organ playing and it is not hard to understand why he was of influence to the Bach family. 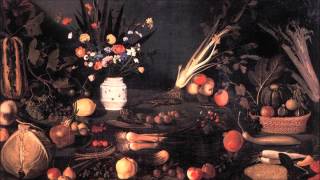 This work is considered by scholars to be Pachelbel’s most remarkable composition. It was composed in 1699. Amongst all of his many compositions, the “Six Strings of Apollo”, as it translates, stands as a truly exemplary piece. It consists of six Arias for either organ or harpsichord and variations that are in six different keys.

The first five keys represent the first five notes of the hexachord that are D – A, but the sixth is written in F but this time F minor. Each of the Arias is in minor keys, giving quite a sombre tone to the work. It is this final Aria titled “Aria Sebaldina”, that is perhaps the most famous of them all; dedicated to Saint Sebaldus.

Pachelbel wrote of the pieces that “six arias to be played on the organ, or the harpsichord, to whose simple melodies are added variations for the pleasure of Friends of the Muses”. The dedication of the Hexachordum Apollinis is to the famous organist and composer Buxtehude, a friend and colleague of Pachelbel’s. 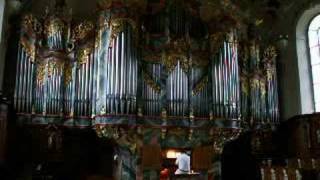 This work dates from approximately 1700 although this is not certain. A manuscript copy of the work has survived which included other similar pieces that may have been by Pachelbel but this remains unverified. There is general agreement that the chaconne has all the hallmarks of a mature work by Pachelbel.

In the chaconne are twenty-two variations although Pachelbel does not rigidly to maintaining the original bass ostinato. What is interesting and characteristically late Pachelbel is his innovative exploration of the harmonic implications of the original theme rather than more straightforward melodic variation.

In this way, Pachelbel looks forward to the great works of J S Bach, in particular, the Passacaglia and Fugue in C minor (BWV 582). 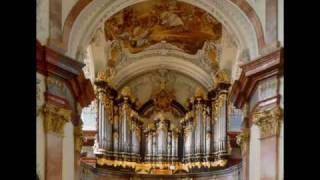 Only in the eight variations do we hear a slight modification of the original material. The Chaconne is wonderfully controlled and expressive, with what I feel are clear musical traits of Pachelbel. A precise date of composition has not as yet been established. 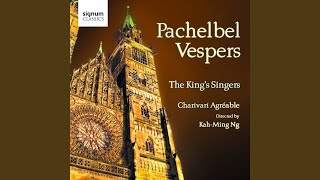 The Vespers have largely been overlooked and remain rarely performed. The recordings above represent a selection of Pachelbel’s beautiful choral works. What is remarkable about the Vespers is that they were composed at a time when the ideas that dominated the early Reformation were beginning to take a firm hold over the practices and formalities of the Catholic Church.

The compositions show Pachelbel embracing this significant religious change that allowed him to compose using rich polyphonic textures that echoed both his Germanic past and the influence of stylish Italian compositional practices. Pachelbel decided to use both four and five-part choirs that he chose to accompany with a string orchestra in six parts.

A bassoon is also included in the instrumentation, indicating Pachelbel’s attention to the subtleties of timbral detail. The work is melodically inventive and sensitive with Pachelbel making full use of the vocal and instrumental opportunities available to him. Equally, the composer’s wonderfully creative use of harmony marks this work out as amongst the finest that Pachelbel composed. 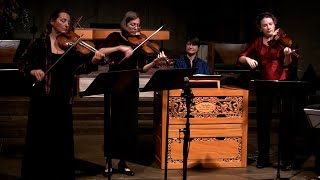 It would be almost impossible to survey the work of this magnificent Baroque composer without mentioning what turned out to be his ‘greatest hit’, the Canon in D major. The music consists of a repeating eight-bar pattern (or ground bass), over which Pachelbel composed increasingly elaborate melodic layers. In fact, it is repeated twenty-eight times during the piece.

Like many works by Pachelbel, the precise date of the composition is not available. It was probably written around 1680 and may have even been composed in celebration of the wedding of J C Bach in 1694, although there is little academic research to support this claim in spite of Pachelbel’s connection to the family.

The scoring Pachelbel intended for the canon is in true to the recording above; modest and intimate in spite of the hundreds of interpretations that have followed the rise to popularity since the 1970s. What is frequently overlooked is the Gigue that was composed by Pachelbel alongside the canon, and intended to be played directly following the canon. It is also in D major and provides a lighter dance-like conclusion to any performance.

Here is a link to what claims to be an original manuscript of the canon, with a remarkably clear musical script.

9 Famous Pieces of Reggae Music You Should Listen To0 (0)