JaeCheol Park, who goes by the artist name PaperBlue, creates intricate drawings in the style of architectural drafts. But rather than imagining a buildable building, Park employs the classic illustrative aesthetic to form fantastical urban environments where structures appear and disappear, bleeding into one another in a haze of geometric patterns. His loose linework and intensive layering enliven the historical architectural styles he highlights in his drawings. The artist, who is based in Seongnam, South Korea, has a broad audience for his digital and concept art along with his more traditional drafting-inspired work. Park shares drawing tutorials on Youtube and finished work on Facebook. He has also published a book, which is available on Amazon. (via ARCHatlas) 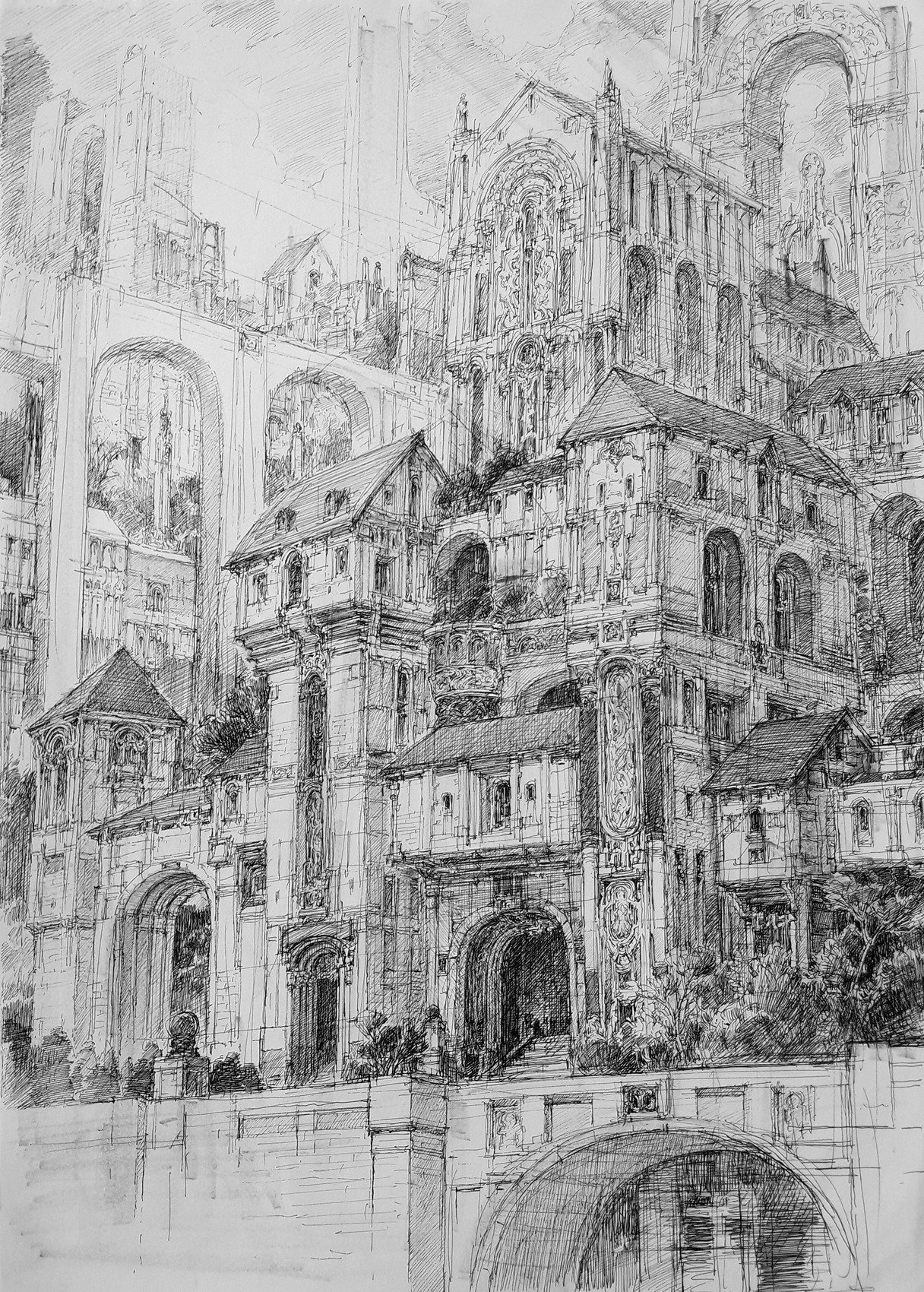 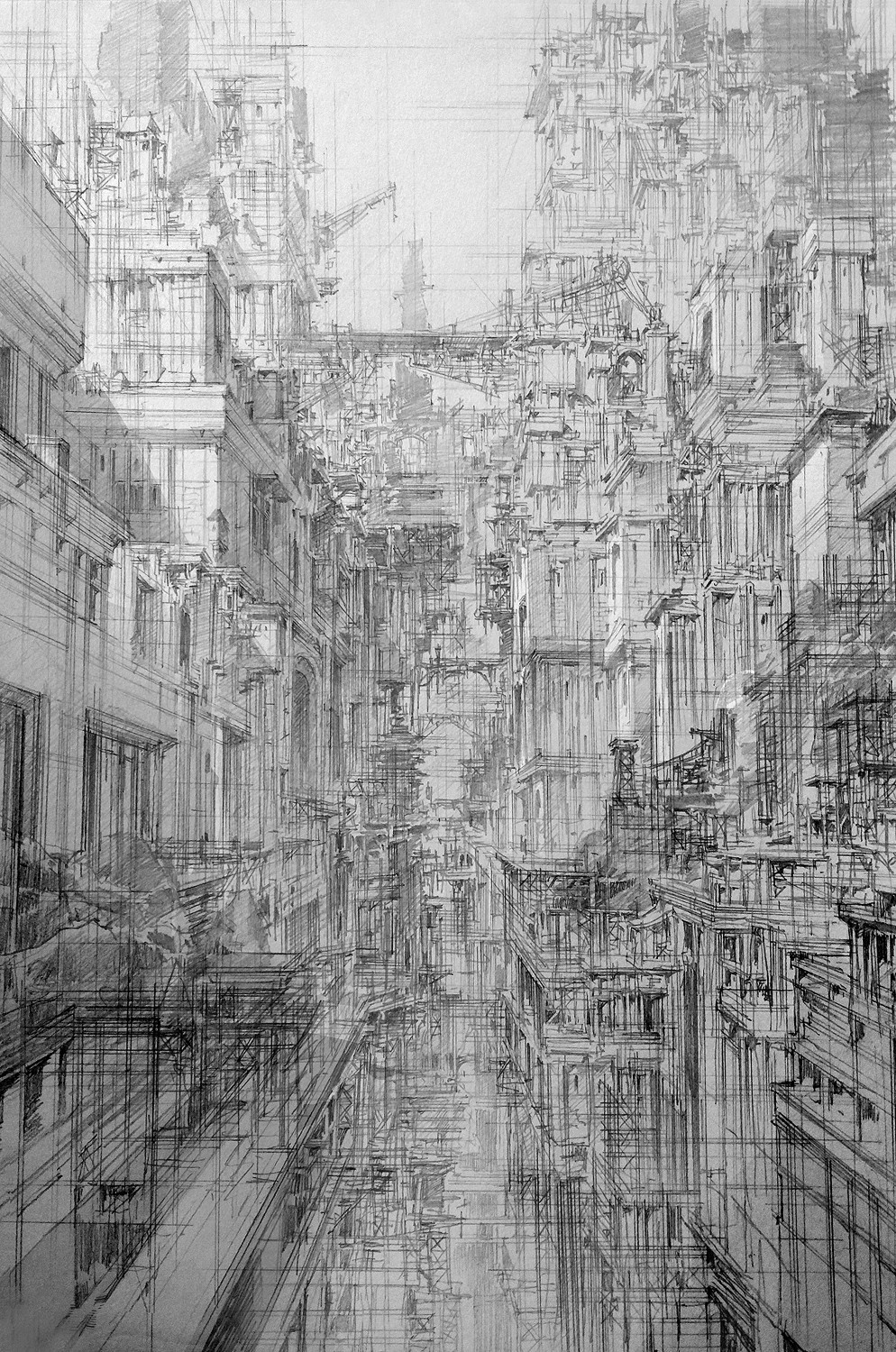