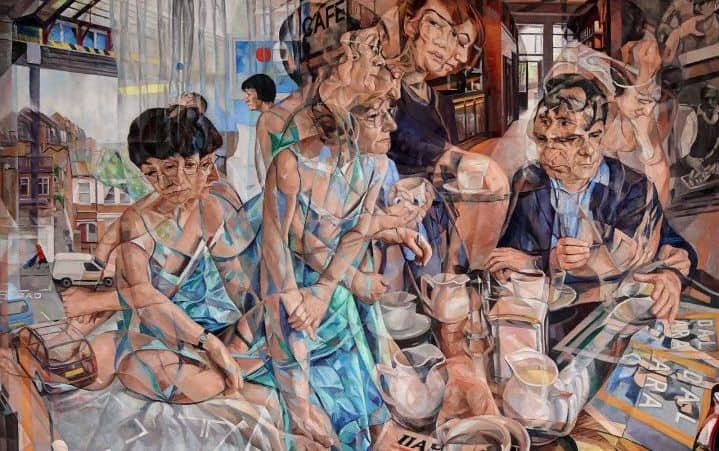 British artist Clive Head captures the complex beauty of everyday movements in his dizzying oil paintings. His long career has seen a dramatic evolution of his style, from early work in the tradition of Realism to more recent math-inspired works. Head first gained prominence in the 1990s for his Realist urban landscapes, but began to experiment with spatial mathematics in the 2000’s, sparking his current intuitive style. 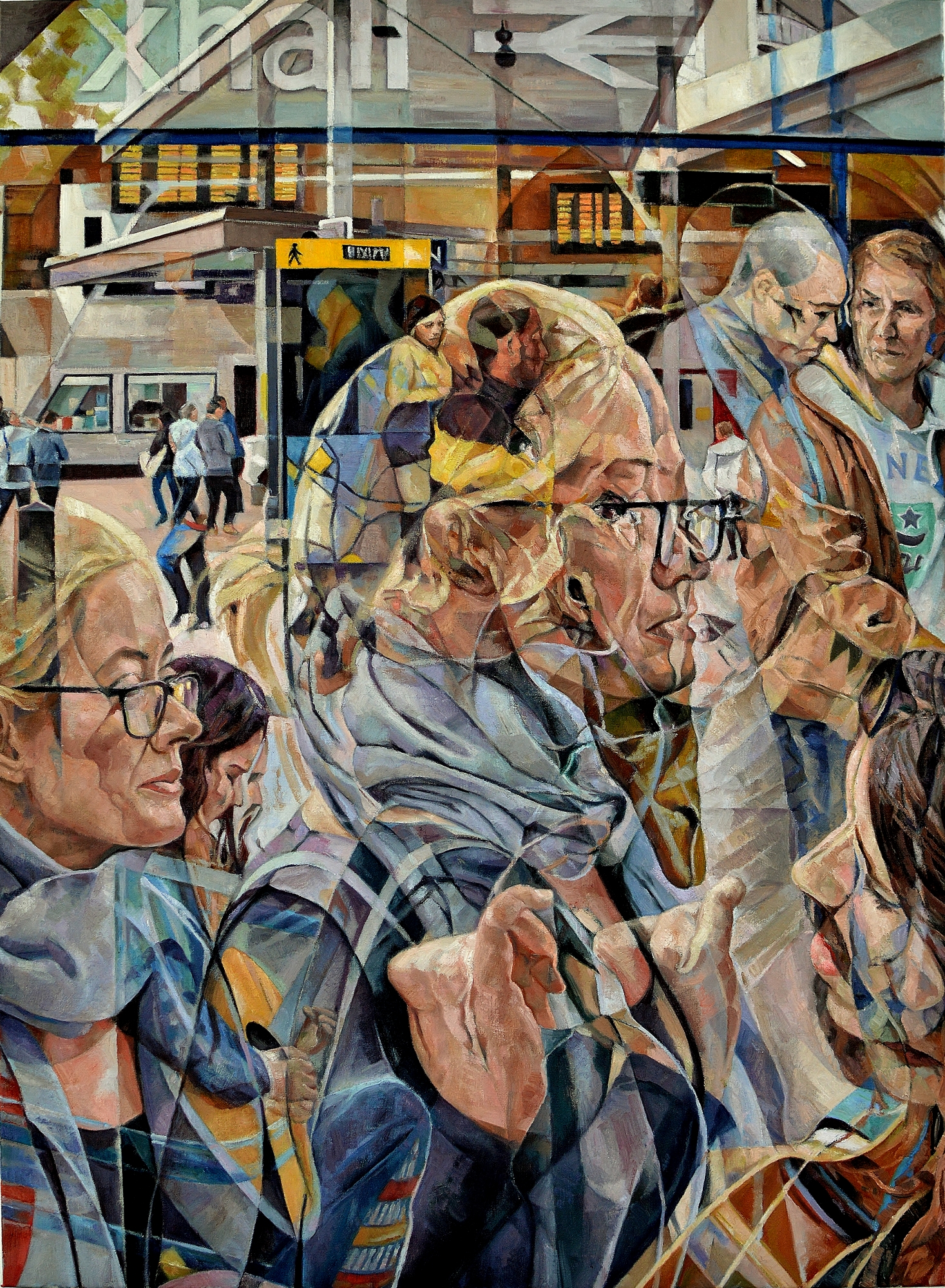 “Rejecting the conventions of perspective, the resulting panoramas seamlessly merged different spaces into plausible but impossible totalities,” a statement on the artist’s website explains. Often set in cities, Head’s painting’s depict travelers on public transit or customers at coffee shops, environments where frequent and dense movements are natural. Each painting contains fractured gestures that demonstrate changes in time, while also presenting a psychological perspective.

The artist, who lives and works in York, U.K., has exhibited his paintings widely, and previously founded and chaired the Fine Art department at U.C.Scarbrough for York University. In addition to painting, Head also works in printmaking, drawing, and has published essays on painting. You can explore more of the artist’s work on his website. (via Hi-Fructose) 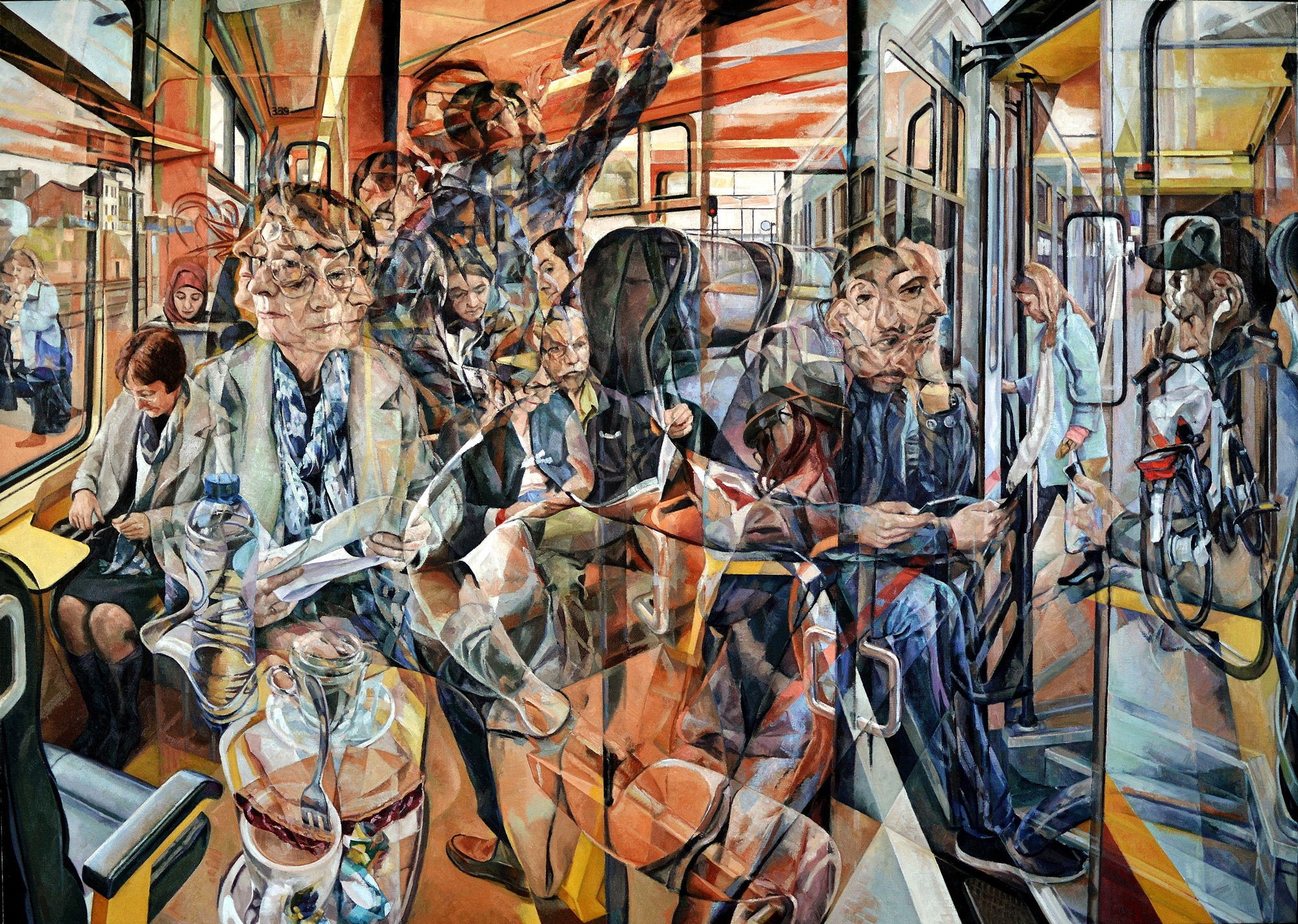