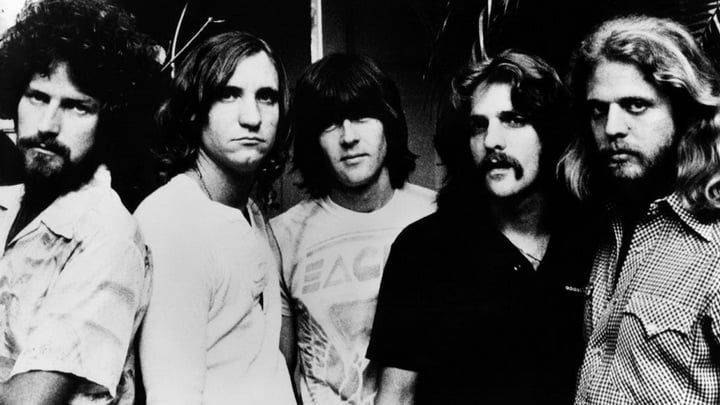 The real story behind Hotel California by Eagles
0 (0)

Eagles released Hotel California on December 8, 1976, two weeks after the Sex Pistols’ Anarchy In The UK. On the surface, you couldn’t get two records more diametrically opposed – or could you? At the time, punk seemed designed to blow the likes of Eagles and their mellow country-rock vibes clean out the water. But closer inspection of their fifth studio album – the era’s leading blockbuster MOR behemoth, along with Fleetwood Mac’s Rumours – revealed a band disillusioned by political and social developments, moved to offer a critique of commercialism and excess.

You want punk? These five “middle-class kids from the Midwest” (Don Henley) came not to pursue the west coast myth but to bury it. It might have been the epitome of carefree freeway rock, but Hotel California was a dark affair, and certainly melancholy for a mega-seller (to date, the album has sold 32 million copies and counting). If Rumours detailed the breakdown of relations within the Mac, Hotel California dissected the demise of the hippie dream, dismantling the notion of LA as some sun-kissed Utopia.

“I had rented a house on the beach in Malibu that summer and we were writing songs for what was going to become the Hotel California album,” guitarist and songwriter Don Felder told Guitarist Magazine of the song’s creation. “We’d just come off One Of These Nights, which was a very successful record for us, but we were under the gun to come up with a lot of ideas, so I had put together a reel of say 16 or 17 song sketches – in this little reel-to-reel four-track TEAC tape recorder in my back bedroom. And I was sitting on the couch on a July day – in cut-off shorts, a t-shirt and flip-flops – playing guitar and just goofing around in this rented beach house in Malibu. 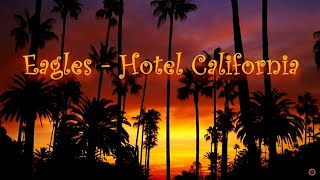 “I looked out at the California sunshine sparkling on the Pacific Ocean and my two little kids were playing in the sand on a swing-set out in front of me, and I just started playing those chords – that introductory progression. I just played it over and over. And I thought, I have to go record some of this before I forget it.

“And so I ran into my back bedroom and turned on the TEAC and played about five times through the chord progression, then turned it off and went out to join my kids.”

Hotel California was to mainstream US radio what Bohemian Rhapsody was to the UK variety – the ostensibly overlong number that broke the mould and forced programmers to indulge the artists’ creative whims despite the restrictive (three-minute) format. Oh, and the guitar solo’s not bad. Often voted the best guitar solo of all time – duking it out with Stairway To Heaven for the top spot, usually – it’s mostly Felder’s work.

“This was the first album with Joe and I where we could do some harmony guitar stuff and trade off solos, and I wanted to write something that would have some interesting guitar stuff on it,” says Felder. “So I pretty much overdubbed everything that you hear on the record now on this little four-track studio, except for a couple of Walsh licks at the end.”

Felder recorded this demo of the song a full year before the band recorded the album. “I did a quick mix of it, put it on a cassette with the other 16 songs, gave a copy of it to everybody in the band and said, ‘If anybody’s interested in writing or finishing one of these songs for the record, let me know’. I gave a copy to Randy [Meisner], to Joe and to Don Henley. Then, a few days later, I got a call from Henley and he said, ‘I kinda like the one that sounds like a Mexican reggae song – that kind of Spanish thing’ – and I knew which track he was talking about instantly. We started talking about it, and Don and Glenn kind of came up with the idea…” 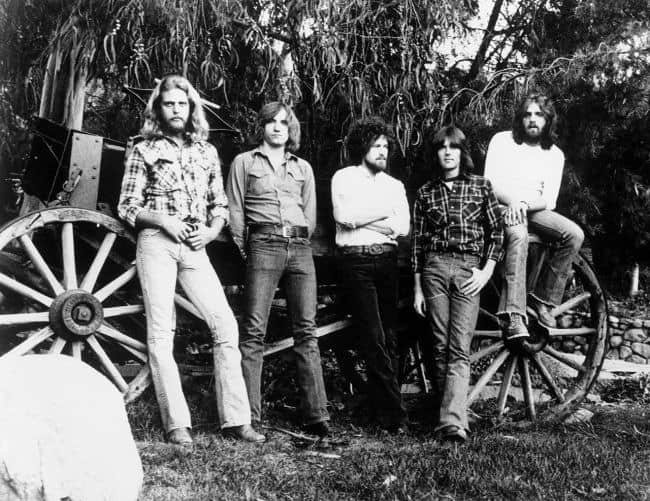 But when he turned up for recording sessions, Felder began playing a different solo, only for drummer Don Henley to call a halt to proceedings and insist he play exactly the same thing he had done on the demo. Felder: “Don Henley went, ‘Stop, that’s not right.’ And I said, ‘What do you mean it’s not right? We’re just gonna make these solos up.’ He said, ‘No no no, you have to play them exactly like what’s on your demo.’” Felder had to find the demo and then “sit in the studio and re-learn what I’d already played a year before that.”

That it sold in such vast quantities says a lot about 1976 listeners’ desire for a dose of realism from their rock’n’roll, even if the large majority would rather the delivery system be mellifluous acoustic-electric soft rock than raucous punk.

Not that Hotel California is just some breezy pop. Take its unique classification: country reggae, anyone? Has there ever been such an unlikely collision of opposites in a single song? Then again, have there ever been two lines – ‘On a dark desert highway, cool wind in my hair’ – so evocative of a place and milieu? This is the dark side of the California dream writ large – even though it was written by five non-natives.

“We’d talked about the fact that nobody from the band was from California,” says Felder. “We’d all driven into California at night and, on the horizon, you could see the lights of Los Angeles from about 100 miles away as you’re approaching for the first time. And you have all these images that are in your mind: palm trees and movie stars and success and Hollywood Boulevard – all those images of California. And Henley said that would be a great idea to write this song about the concept of California, the excesses of Hollywood and all that stuff. So he and Glenn [Frey] took the track and ran off and started scribbling away on pads and came up with what I think are some just great lyrics.

“Henley would sneak off with cassettes and fill up legal pads full of lyrics and then come and sing, and it was like, ‘Wow, that’s fantastic’. And so a lot of the creative stuff took place outside of [the recording] space.”

Of course, the sessions weren’t without their tensions. “The tension was about what songs were gonna be on the record – there was also some tension about people being really tardy to sessions because they wouldn’t show up until 2.30 or 3pm,” remembers Felder. “So it was just human irritations more than tensions about creative stuff. But there were a few times, such as when we finally finished the record and we were having a playback party for the record company. They’d been pounding on our door for months and we said, ‘You’ll get it when it’s done’.

“So we finally invited them over and put up the two-track with all the mixes and I think the last song on the thing, at the time, was Hotel California. Henley turned around and said, ‘That’s our first single’. And I went, ‘God, I think that’s wrong: that’s the wrong format for radio – it’s six minutes long, you can’t dance to it and it stops in the middle. We need to put out something similar to One Of These Nights, which is geared to radio – under three minutes and 30 seconds’. He said, ‘No, that’s it’.

“I’ve never been proven so wonderfully wrong [laughs]. There were times when we disagreed about decisions and stuff but, you know, he was right [about that].”

6 Pieces of Classical Music in Cartoons
0 (0)