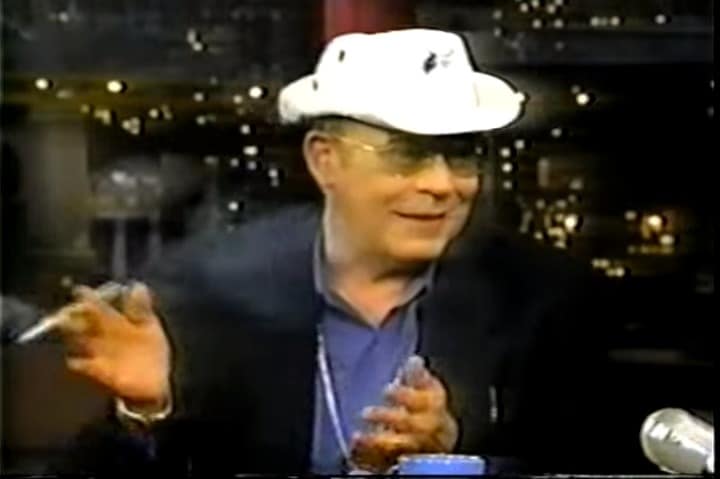 An old quote from Joseph de Maistre gets thrown around a lot lately: Toute nation a le gouvernement qu’elle mérite—“every nation gets the government it deserves.” As a historical claim it is impossible to verify. But the aphorism has an authoritative ring, the unmistakable sound of truism.

What if we put it another way? Every age gets the journalism it deserves. How does that sound?

I offer as exhibit one Hunter S. Thompson. Only a gonzo time like the late 60s and 70s could have produced the gonzo journalist, just as only such a time could have nurtured the journalistic writing of Tom Wolfe, Terry Southern, Joan Didion, James Baldwin, etc.

Do we find our current crop of journalists lacking in moral courage, righteous fury, death-defying risk-taking, gallows humor, literary reach, thoroughgoing independence of thought? The failing industry may be to blame, one might argue, and with good reason. 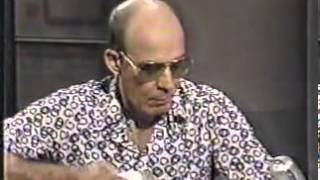 Or perhaps, with deference to de Maistre, we have not deserved better.

The New Journalism from which Thompson emerged dispensed with any pretense to “polite neutrality,” as novelist Hari Kunzru writes at the London Review of Books. And “no one took the voice of the journalist further away from ‘neutral background’ (or seemed less able to stop himself from doing it) than Hunter S. Thompson.” He exemplified Esquire editor Lee Eisenberg’s description of the sixties New Journalist as “a liberated army of one.”

Thompson’s “ability to articulate the undercurrent of ‘fear and loathing’ running through America”—not as a cynical spokesperson, but as somehow both an embodiment and a surprisingly lucid, moralistic observer—“ultimately led to his adoption as a kind of soothsaying holy fool for the counterculture.” In his later years, the legend turned his reputation for excess into a kind of schtick. Or maybe it’s more accurate to say that the culture changed but Hunter didn’t, for better or worse.

As Kunzru points out, “later in his career the ‘story’ as independent entity was to disappear almost entirely from his work, which became a fractured series of tales about Hunter (mad, bad and dangerous) and his behavior (inspired, erratic, paranoid).” While this shift (and his daily diet) may have dulled his journalistic edge, it made him an ideal late-night talk show guest, and such he remained, reliably, on the David Letterman show for many years.

In the clips here, you can see many of those appearances, first, at the top, from 1987, then below it, from 1988. Further up, see Letterman interview Thompson in an ‘87 episode inexplicably conducted in a Times Square hotel room. The show was “a strange beast,” writes Vulture’s Ramsey Ess. “For most of the episode it feels unruly, nerve-wracking, and a little dangerous,” all adjectives Thompson could have trademarked. Just above, Thompson meets Letterman to discuss his just-published The Rum Diary, the novel he worked on for forty years, “a hard-bitten story,” writes Kunzru, “of love, journalism and heavy drinking.”

All of Thompson’s appearances are unpredictable and slightly unnerving, and become more so in later years. “Thompson would become more dramatic and more twisted,” writes Jason Nawara. “Whatever led up to the moment Thompson stepped on stage was probably far more astonishing (or terrifying) than anything caught on camera. Why is his hand bandaged? Why is he so paranoid? What is happening? When have you slept last, Hunter?” If late night television has become safe and boring, full of pandering patter largely devoid of true surprises, perhaps it is because Hunter S. Thompson has passed on. And perhaps, as Nawara seems to suggest, every generation gets the late-night TV it deserves.

A Deep Dive into the Library of Congress Photo Archives, from Harriet Tubman to Architectural Hats
0 (0)

No Thoughts on Hunter S. Thompson’s Many Strange, Unpredictable Appearances on The David Letterman Show
0 (0)