It’s been a quiet couple of months from our good buddy Artez (probably because he’s preparing for his solo show in Italy quite soon!), but we just received couple of flicks from him straight from Muzaffarpur. Artwork painted for “Walk for Bihar” project was made with the help of handmade bamboo scaffolding and it took 3 days for the artist to complete the piece.

Composition of the piece was created under the influence of the building architecture, and the idea for the mural was promotion of positive values when it comes to the relationship between humans and animals.

Check out more in-progress pictures below and stay tuned on StreetArtNews for more updates from Artez! 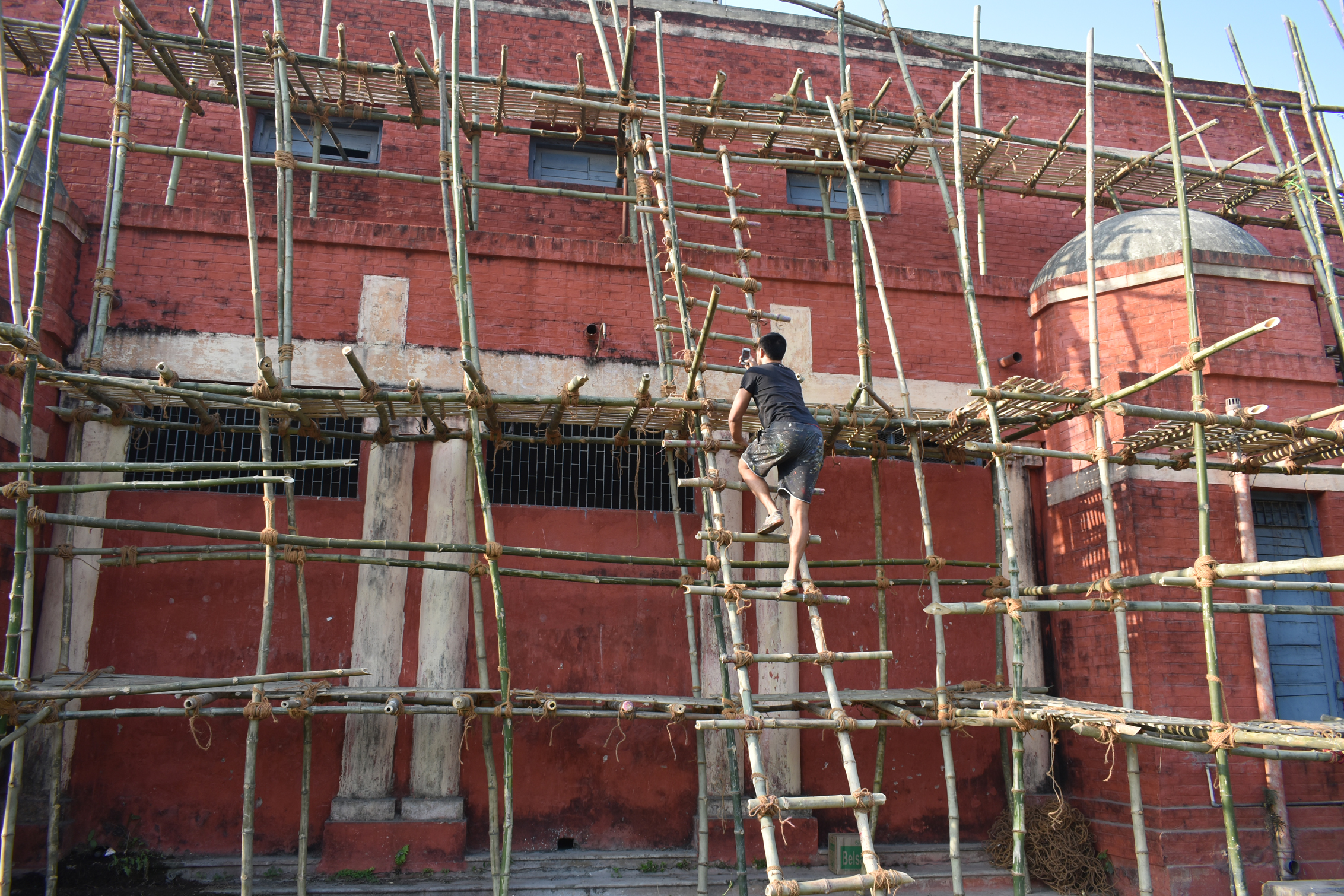 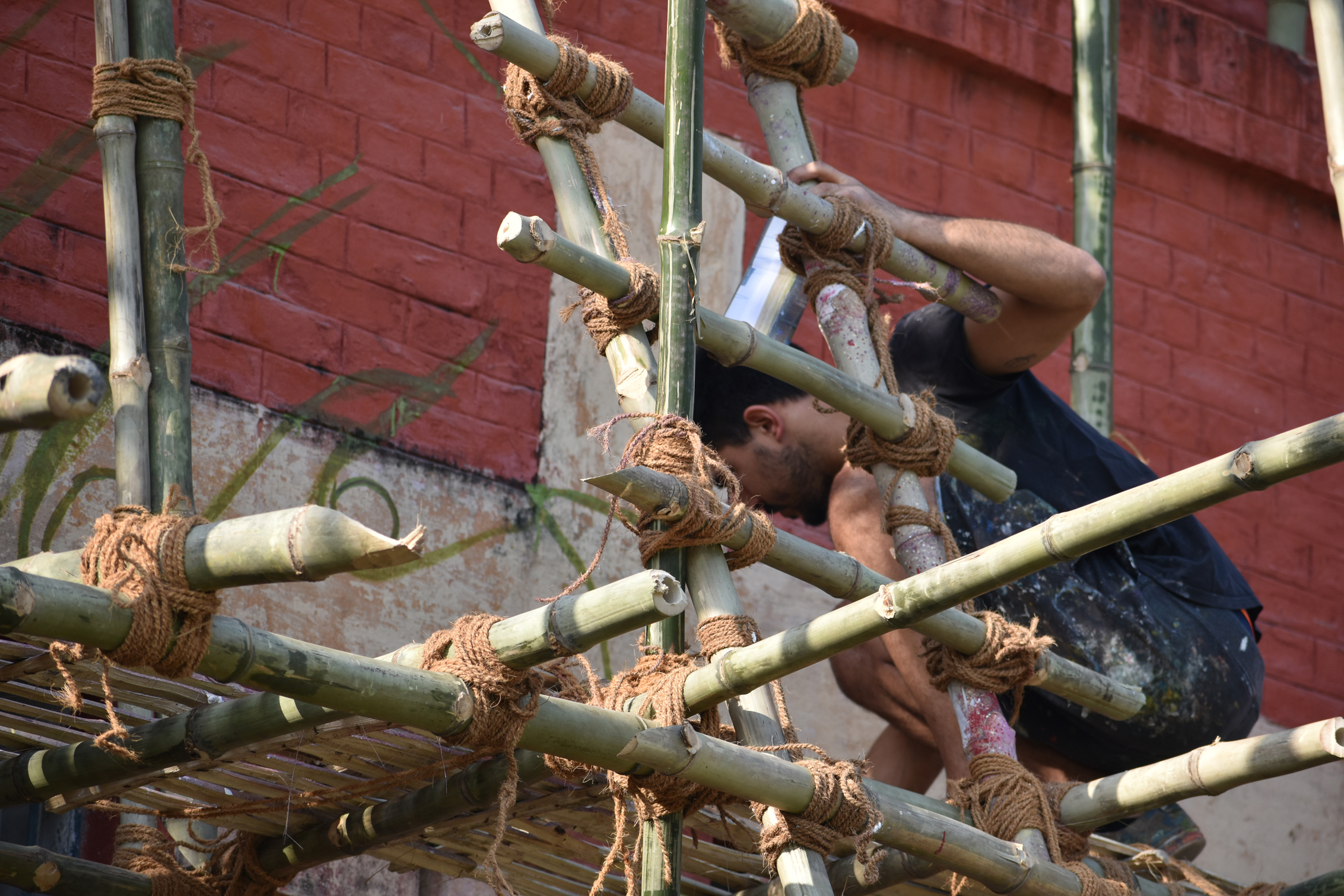 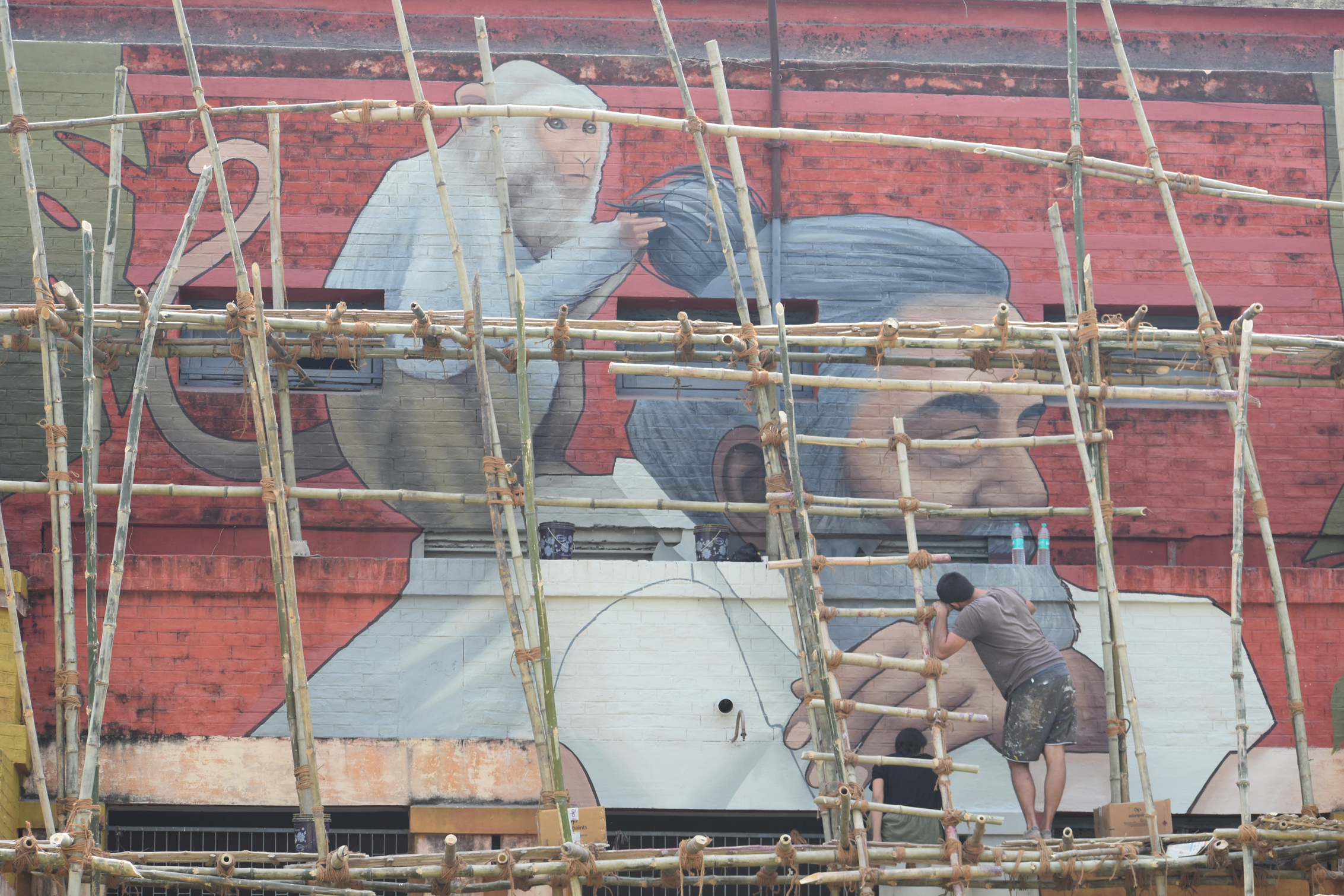 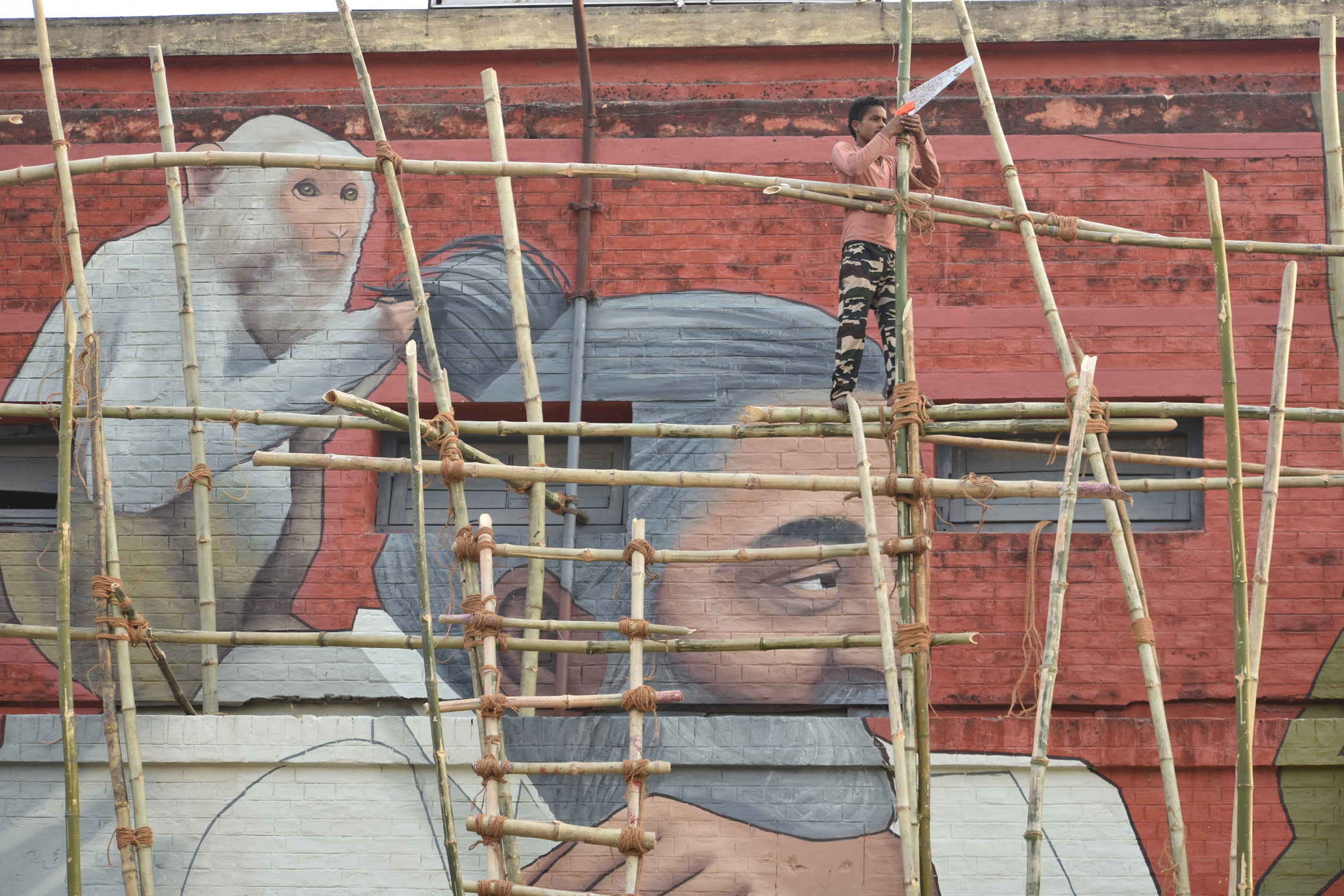 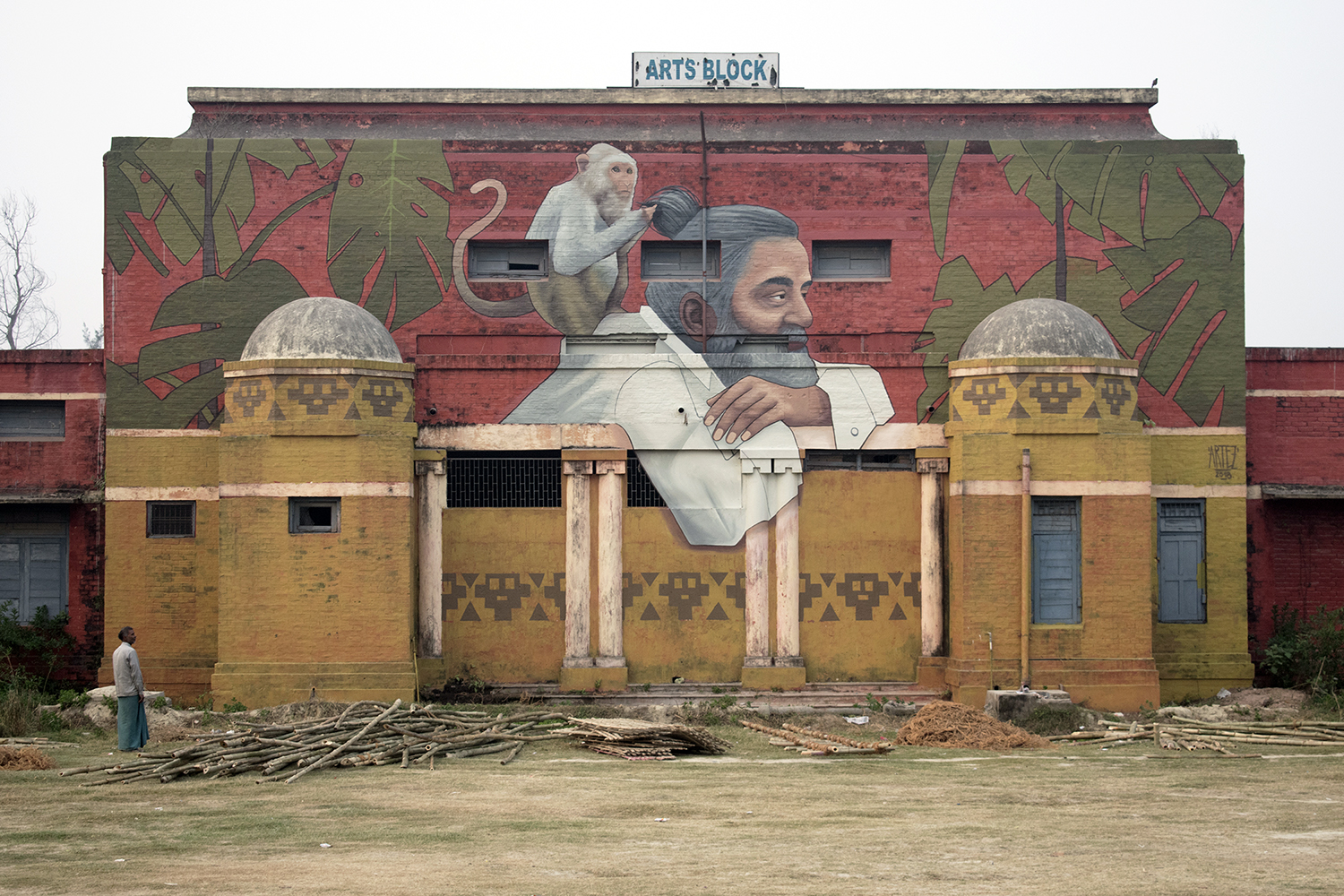