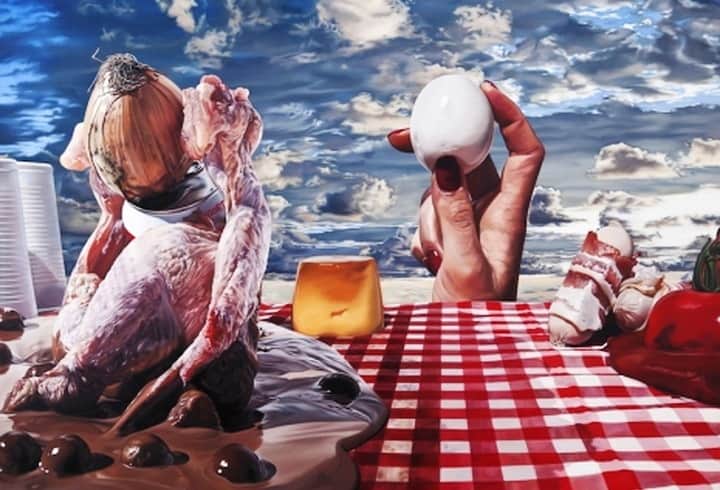 The Surrealist Pop Art of Till Rabus (NSFW)0 (0) 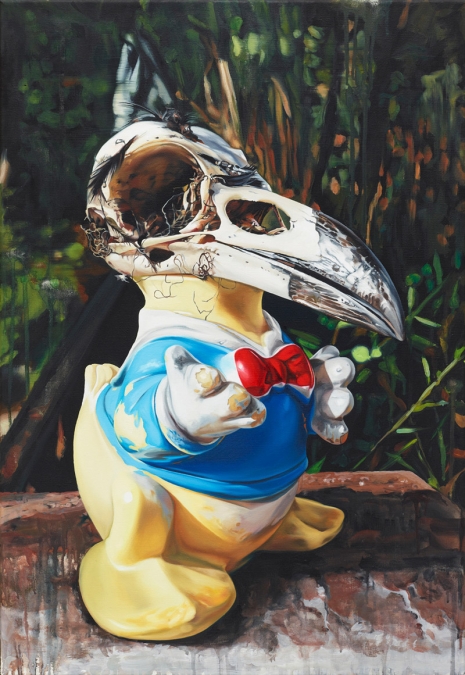 Till Rabus is a Swiss artist who uses his work to ask questions about our existence. His paintings suggest it is no longer possible to solely rely on Descartes’ proposition “I think therefore I am.” We are more complex. We are what we do and what we have. Rabus fills his canvases with the detritus of our existence—discarded toys, plastic bottles, used condoms, garbage sacks—and asks how these objects represent us and what these objects say about our relationship to the world.

Rabus often “eradicates any signs of human presence in his paintings.” When he does paint the human form it is cropped or presented as a collage of limbs and movement engaged in a sexual act. These images relate to pornography and how intimate personal moments can become so overly objectified with their original meaning lost.

Rabus is the son of two artists. Born in 1975, he originally trained as an engraver of pocket watches before gradually moving towards a career in painting. His style developed more fully after he saw an exhibition of work by American Pop Artist James Rosenquist in 2004. Rosenquist had earned his living as a billboard painter. He went on to paint collages of consumer goods, iconic film stars and politicians on large canvases in a powerful graphic-style that helped define much of Pop Art.

Another influence is British artist Sarah Lucas who uses found objects to create sculptures such as “Au Naturel” (1994) which consisted of a mattress, a water bucket, melons, oranges and a cucumber, or “Two Fried Eggs and a Kebab” (1994) which were used to suggest a female form.

With his paintings, Rabus collects together the various artifacts he intends to depict. Once composed as an image he takes a digital photograph which he then uses as the basis for his pictures. Rabus has been described as: 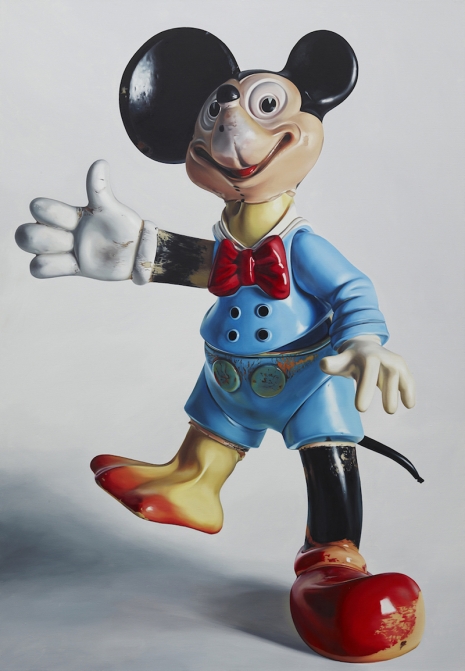 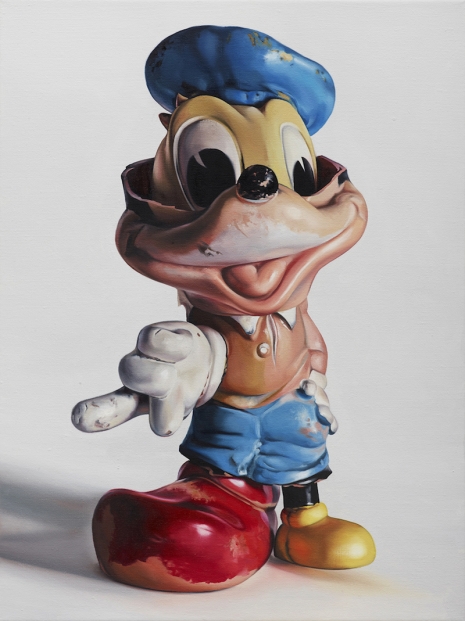 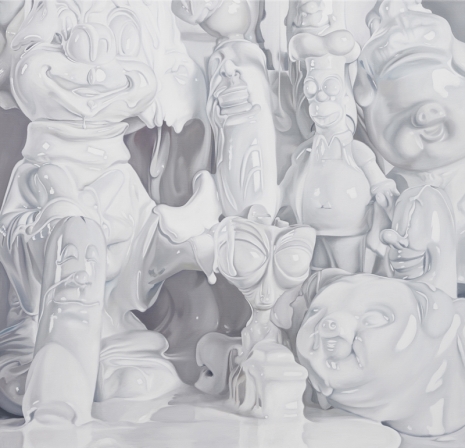 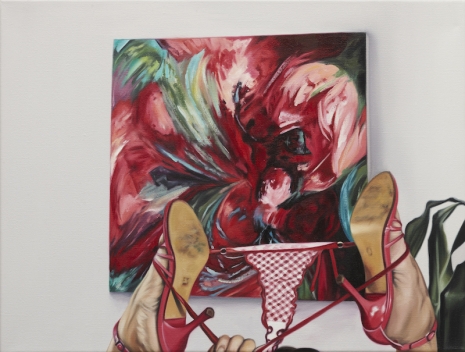 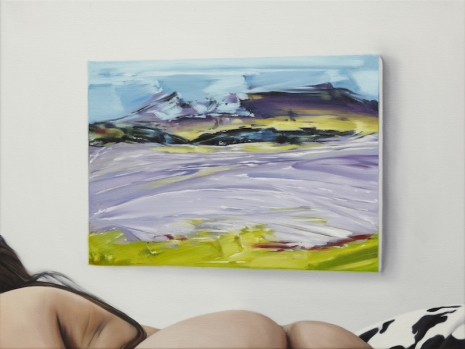 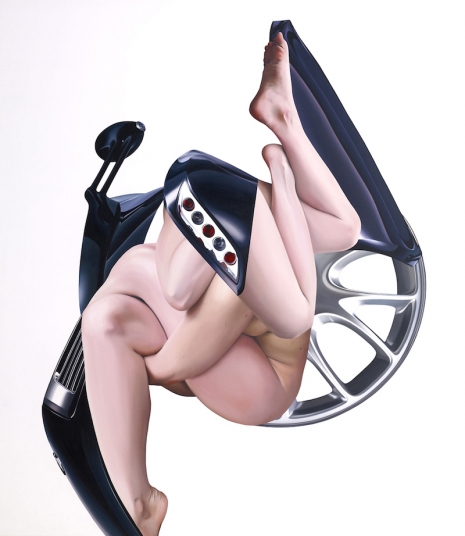 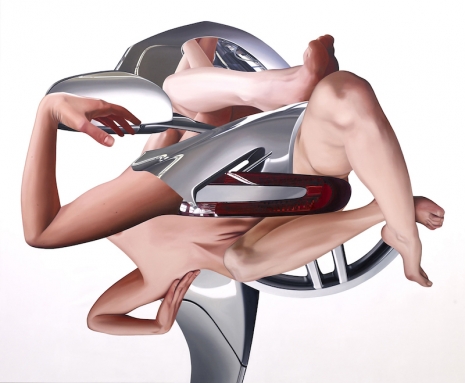 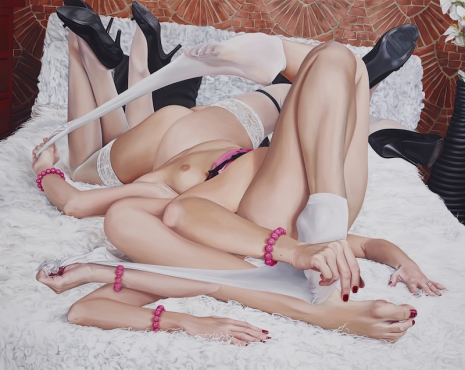 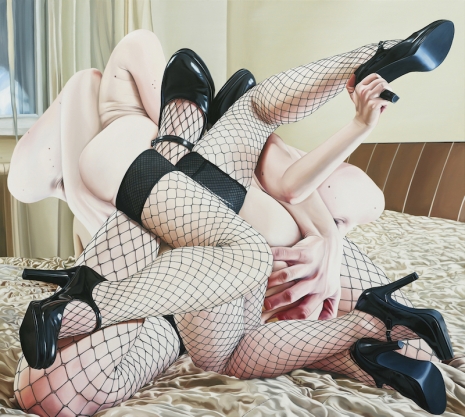 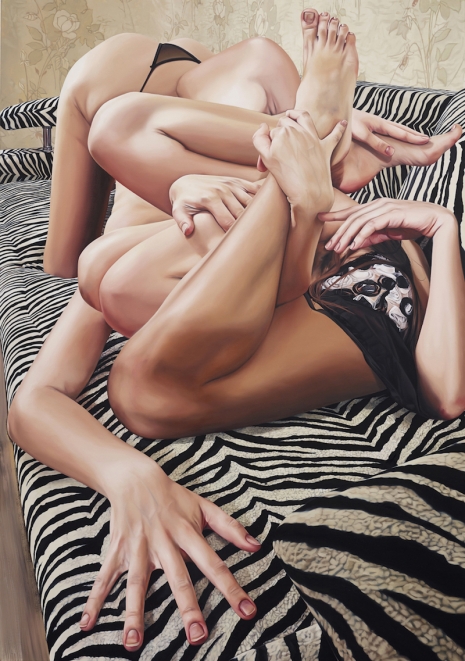 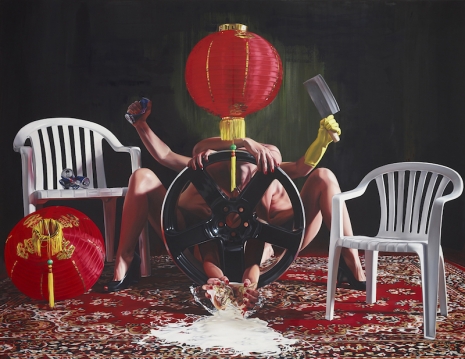 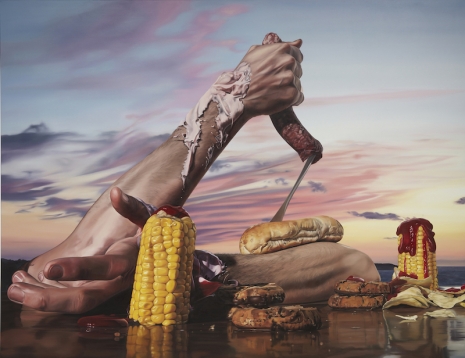 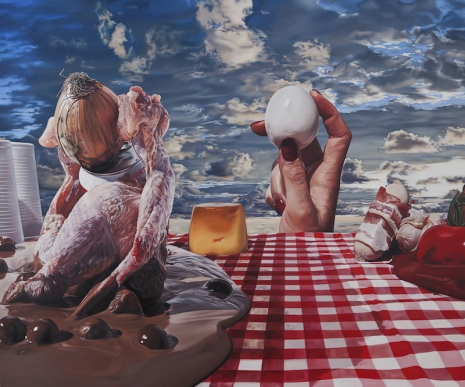 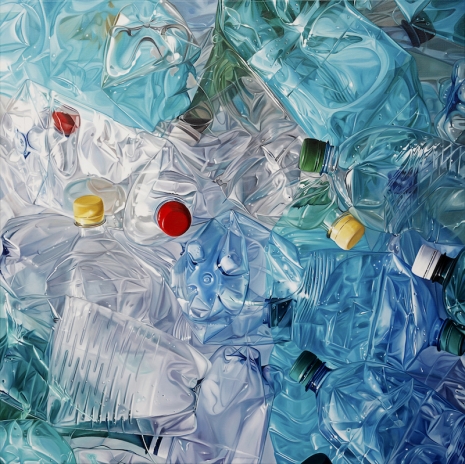 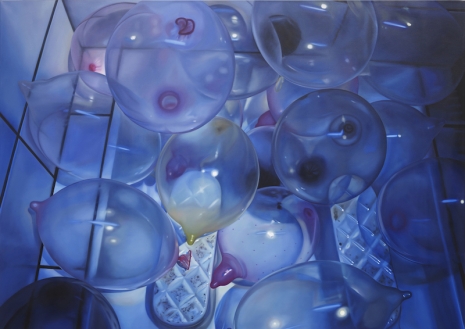 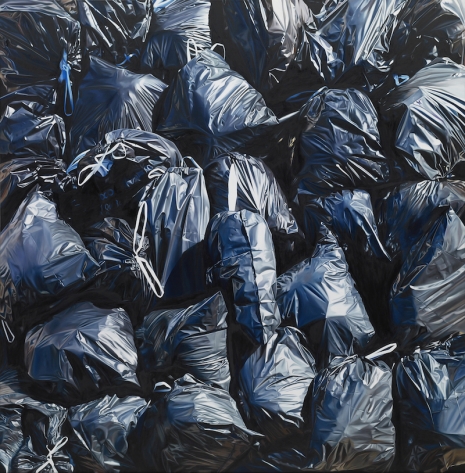 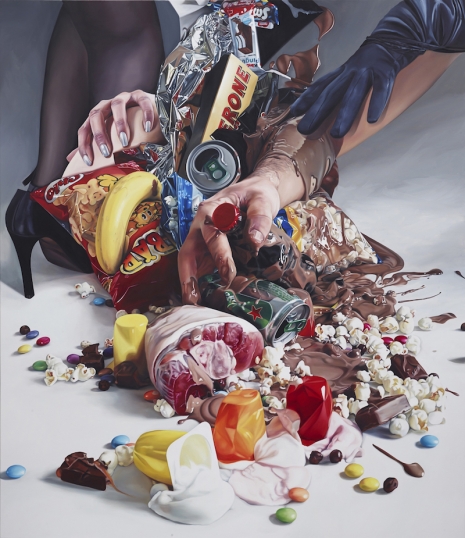 The resulting paintings are beautiful, surreal, make reference to art history, and strangely disconcerting as they ask more than they answer. See more of Till Rabus’ work here.