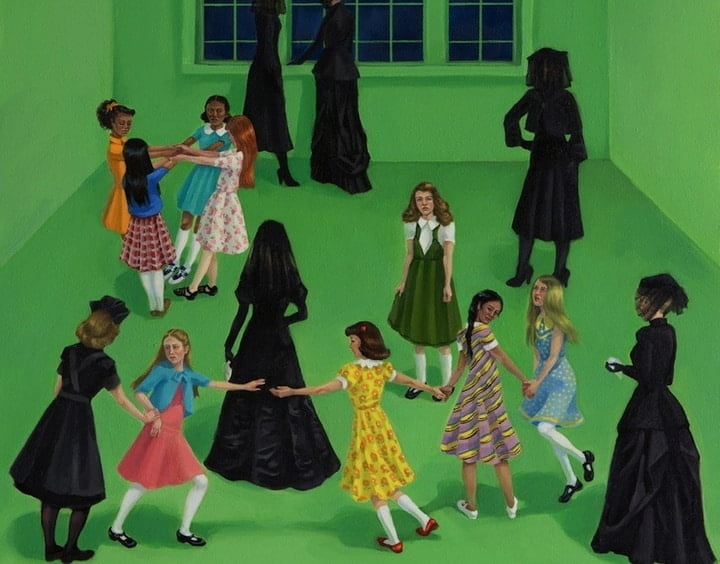 Girls on the Verge: The subversive art of Zoe Hawk0 (0)

I like figurative paintings because they tell stories. I like stories. I like paintings that have embedded narratives waiting to be discovered that tells me something about the action contained within the frame and perhaps a hint of the artist’s own experience. 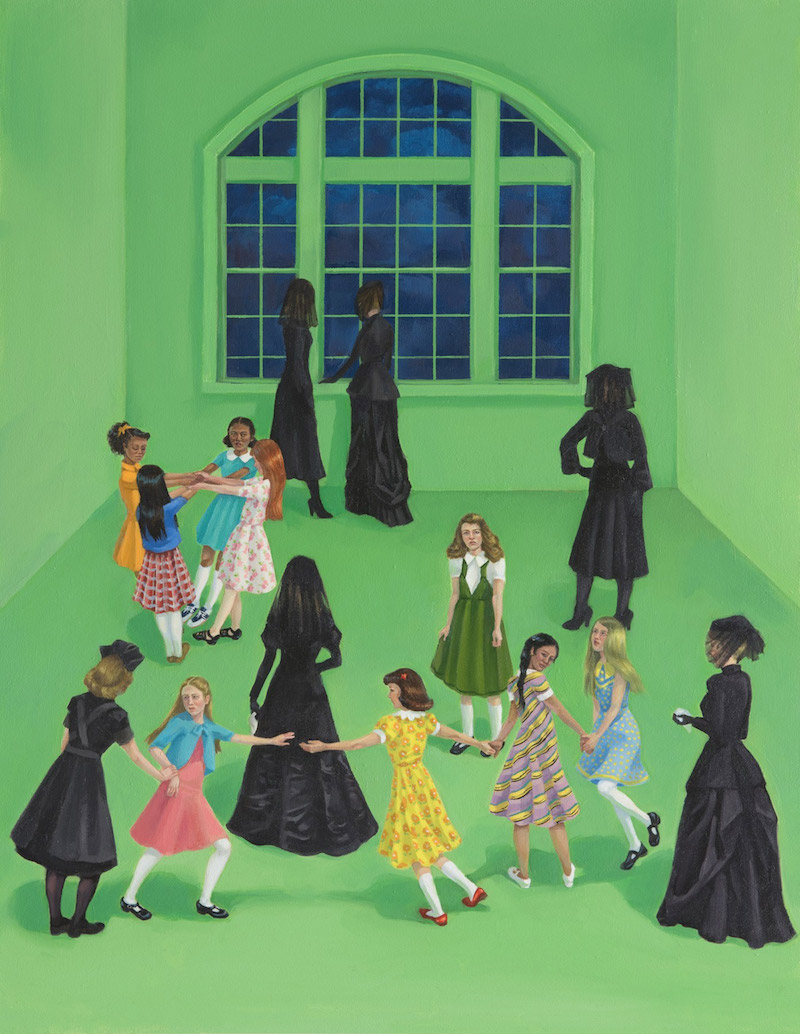 Zoe Hawk paints pictures based on her experience. Her work feature schoolgirls on the verge of womanhood being socialized towards conformity and adulthood. There is something otherworldly about her paintings as if we are looking at an illustration from a fairy tale or perhaps a scene from a play. There is a sweetness in her use of color and light that belies the darkness of the small acts of violence and strange rituals contained in her canvases.

For example, in one painting, “Waterway,” a group of girls gathers by a body of water. The pink sky and the soft pastels suggest a pleasing scene of children out for a day swimming and playing. Then our eye sees the hair of a drowned girl and then the two children abandoned in the water while two others are trying to climb up the rocky outcrop. Is this the moment after some tragic accident? Or, have we interrupted something far more sinister?

Sometimes, there are clues in the titles like “Cry, Sally, Cry” or “Murder Ballad.” Then there are titles that capture the beauty and innocence of childhood like “Candy Stripers” and “Little Lamb, I’ll Tell Thee” that are riven by troubling and subversive content.

Hawk says of her work:

…investigates the complex experience of coming of age. The costumes, colorful dresses, mournful funeral attire, and matching uniforms signify various modes of feminine identity and set the stage for the girls’ interactions. Somewhere between childhood and adulthood—between fairytales and the dark realities of womanhood—these characters develop an intricate play of yearning, contention, camaraderie, and mischief, as they navigate their social and physical environments. 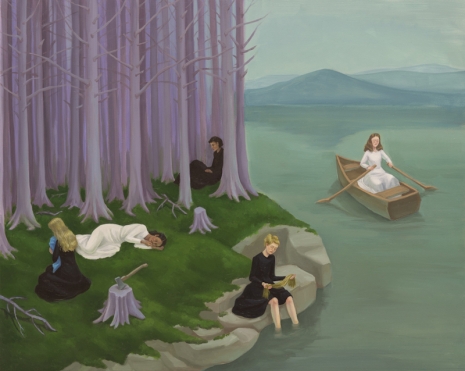 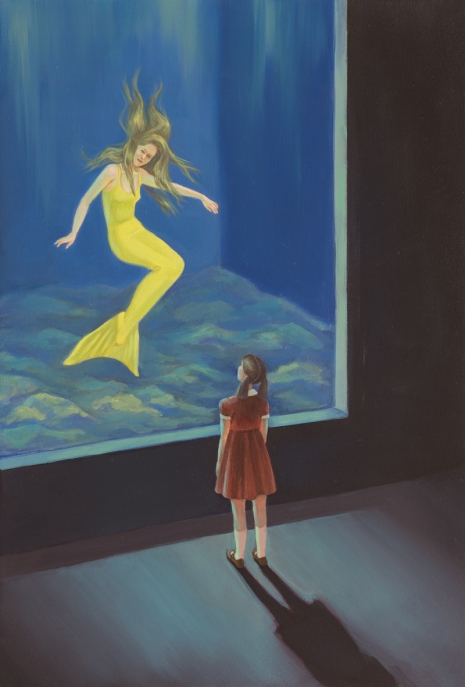 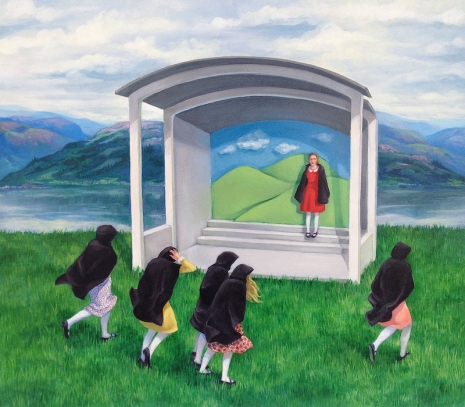 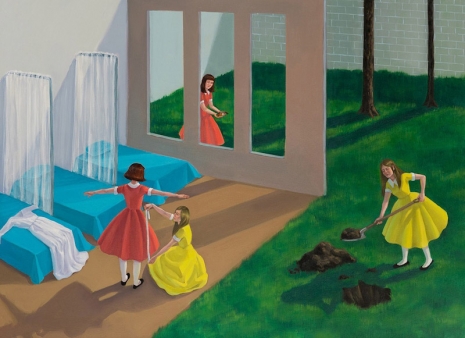 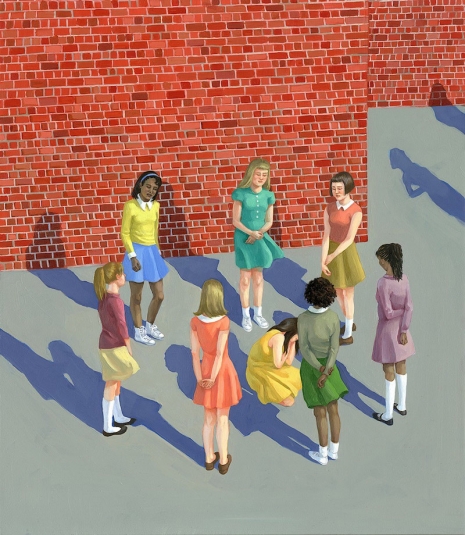 The daughter of a celebrated artist, Hawk was at first intimidated by the thought of being an artist herself, but once she experienced the empowering feeling of putting paint on paper and of creating her own world through pictures she knew there was only one career open to her. Hawk studied Fine Arts at Missouri State University, graduating in 2005. She then went on to graduate as a Master of Arts, Painting and Drawing in 2010 at the University of Iowa. Hawk has been exhibiting her paintings across the world since 2007 and has held four artist residencies in Norway, Belgium, New York, and Qatar. She has been residing in Doha for the past seven years, where she teaches. See more of Zoe Hawk’s work here. 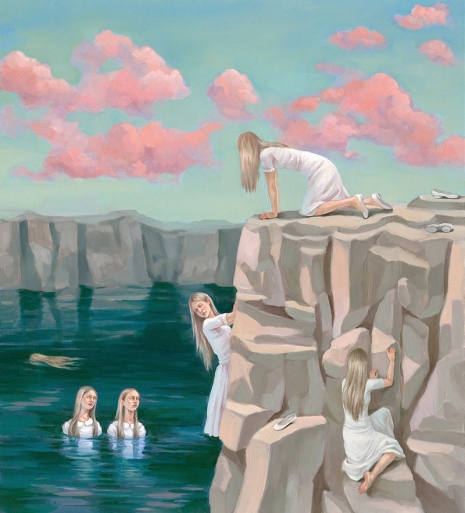 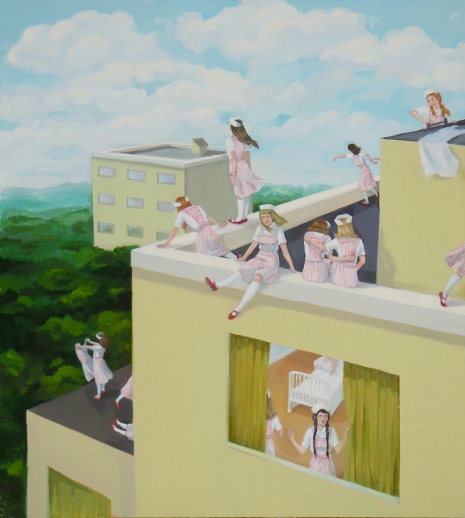 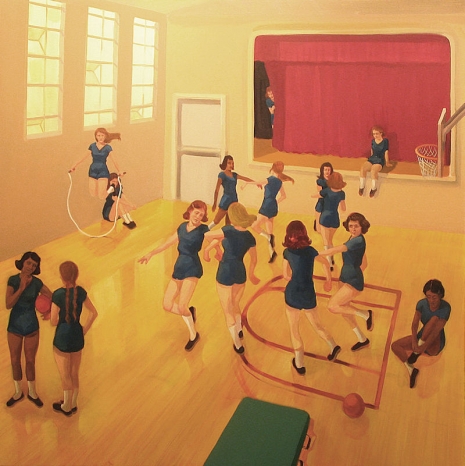 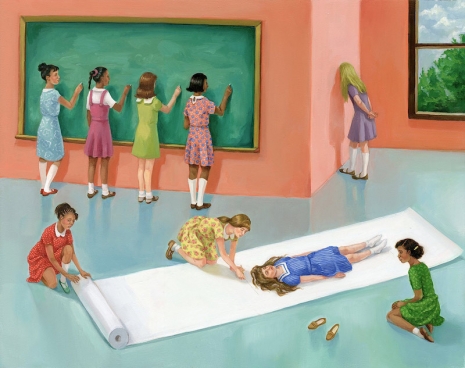 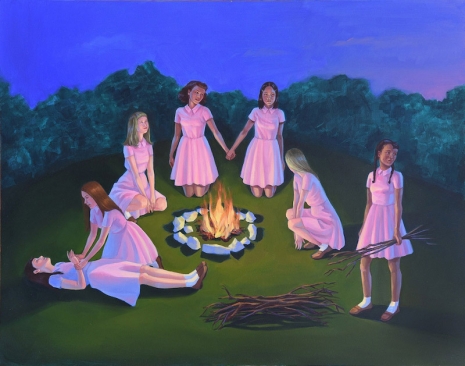 Get to Know Obongjayar, Who Makes Otherworldly Spirituals for the Modern Soul0 (0)

No Thoughts on Girls on the Verge: The subversive art of Zoe Hawk0 (0)